Turkey has escalated its war on the Syriac Christian Church by seizing another 50 churches, monasteries, and other religious properties. But this is not some religious spat or “clash of civilizations” as some would have you believe. This is Turkish dictator Recep Tayyip Erdogan’s latest move to seize power. By pitting the majority of his country against a smaller, weaker group, Erdogan distracts the public from his authoritarian style.

In July 2017, it was announced that the Erdogan regime commandeered 50 Syriac churches, some of which are more than 1,500 years old. Now they will be under the power of the “Directorate of Religious Affairs,” according to Tzippe Barrow with CBN.

The Syriac churches weren’t the only ones to suffer. Protestant, Orthodox and Catholic churches were swiped last year. And it’s not about “protecting” these sites either. People speculated that these churches, most of which were led by Armenians but were smack-dab in the middle of Kurdish territory, would be used to house Syrian refugees. But now Christians are the ones under attack.

The New York Times points out that many Armenians had to pretend to be Muslim after the World War I era massacres. Years ago, many felt safe enough to reclaim their identity and religion, but this has changed under Erdogan.

A representative of the Armenian National Committee of America said these seizures were reminiscent of actions that preceded the Armenian genocide. But rather than be silent, the ANCA has joined groups that condemned the beating of protesters by Erdogan’s bodyguards outside the Turkish Embassy in Washington D.C. earlier this year.

It’s not just land seizures that have Christians in Turkey worried. Foreign Christians have felt Erdogan’s wrath as he engineered a referendum to give himself special powers to rule as he pleases. An American Christian pastor remains jailed while another was deported.

It’s easy to see why some would see the situation as religious conflict. After all, Erdogan is a Muslim, and the targets are Christians. But that conclusion oversimplifies the conflict.

While in Turkey, I visited a number of Christian sites, and it was evident that the average Turkish Muslim reveres the role of Christianity in his or her faith. Muslims packed in the tomb of Mary, the Mother of Jesus, who is the holiest woman in Islam for most. The Gulenists were quick to show us where Pope Francis spoke (he was criticized by the Turkish government for suggesting reconciliation between Turks and Armenians) and the statue to Pope John XXIII outside a Christian church in Istanbul.

Topkapi Palace was rife with Christian artifacts, and they were given as much importance as Muslim relics. Inside Hagia Sophia, Orthodox Christian frescoes were being painstakingly restored. All across Cappadocia, we saw the care given to the caves where Syriac Christians hid from Roman persecution, as well as the respect for the monasteries in Southeast Turkey (before they were seized). We were told how some Turks and Kurds helped Armenians avoid massacre and about others who acknowledged the role of their ancestors in that genocide.

Now you know why Erdogan has such scorn for Gulenists, Kurds, and any Turk he disagrees with, I guess.

It’s a mistake to think this is a purely religious war on Christianity. Erdogan is more of a Middle East personalist dictator than a holy warrior. He is more like Assad (Hafez or Bashir), Saddam Hussein, and Moammar Khadafy than an Iranian cleric or Saudi true believer. It’s about getting money, power and a family dynasty.

Of course, Turkey has a history of democracy and values its republic. Erdogan’s methods rub many Turks the wrong way, and they are chafing at his autocratic style. So to avoid being toppled in a mass uprising, Erdogan is quick to marshal his forces to divide the country and pit a minority against the rest of the country. It’s the classic diversionary theory of war, borrowed from sociologists, where in-group cohesion is achieved at the expense of an out-group. Think of an insecure bully seeking to be more popular by picking on an honor student. Research by Jaroslav Tir and Michael Jasinski in the Journal of Conflict Resolution finds embattled leaders are more likely to take out their problems on minorities.

In the past, Erdogan targeted secularists in the military and Gulenists and businesses who seek peace among Muslims, Christians and Jews and who uncovered government corruption. In 2015, he went after Kurds with a bloody crackdown after they voted for their own party instead of him. Now the Christians are bearing the brunt of his wrath for no sin other than being a convenient scapegoat. 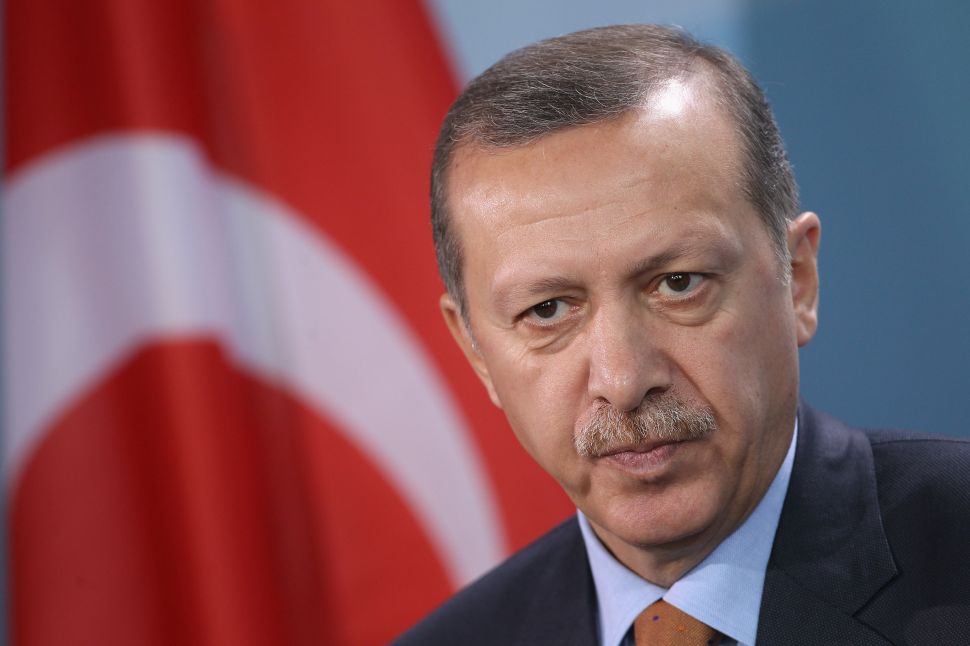