Matthew Hickey and his wife, Kasey, run a subscription vinyl record company called Turntable Kitchen. Now, if you’re anyone who has ever bought a single vinyl record online, your Facebook ads are probably flooded with interchangeable vinyl subscription services that want to send you records at regular intervals. So what sets this service apart from the many services peddling Jimi Hendrix albums or Lana Del Rey or whatever their algorithm thinks you’ll love?

Turntable Kitchen pairs original music recordings that you can’t find anywhere else with a menu to enjoy alongside the music. Yes, this sounds like someone put two Kickstarter ideas together, but I promise it works. Each vinyl comes with three recipe cards and 1-2 premium dried ingredients (like spices), that match each other so perfectly it’ll turn any doubter (me) into a true believer. Delving into the history of their Pairing Box, I discovered how they had pushed out exclusive releases by folks like Mø, Typhoon and Local Natives, while also helping to launch careers of musicians I’m really into right now.

Most excitingly—and yes, it does sound like a completely different idea from a completely different company—they’ve started pressing exclusive vinyl records of their favorite indie artists covering entire albums by better-known musicians. This month, Foxygen’s Jonathan Rado reimagined the entire Bruce Springsteen album Born To Run, and prior to that, What’s The Story Morning Glory by Oasis received a very chillwave makeover from Yumi Zouma.

It’s a bunch of weird ideas that somehow work together to make for the best subscription service I’ve ever put down money for. Observer spoke to Matthew Hickey about how it came to together and what’s next for the company.

How’d you get started?

My wife and I started a website over a decade ago that was just a place for us to connect music and food; our two individual passions. She found an interest in culinary arts when she was working in tech in San Francisco. When we started dating, she’d cook and I’d bring a vinyl record over, and she suggested I write about my music for her food blog. That seemed to strike a chord with people so we expanded upon it. Back then, if you’d asked us what we would choose if we could do anything for work, she would have said she wanted to cook and I wanted to run a record label. Both things seemed impractical by themselves, but the idea of a pairing box where I’d include a 7” record and she’d include three recipes worked.

Five years later, we have a very strong subscriber base. We expanded on that with a coffee and vinyl-based subscription, because coffee is something else I’m really into. We just keep playing off our strengths. We also just launched a new project called Sounds Delicious where each month one of our favorite artists covers an entire album by reimagining one of their favorites. New Zealand band Yumi Zouma did a dream-like version of Oasis, and we’ve got Ben Gibbard covering all of Teenage Fanclub’s Bandwagonesque within the next month or so. We’re pretty excited about that one, obviously. The Pains Of Being Pure At Heart are doing Tom Petty’s Full Moon Fever and that will be one to look out for. Artists get very excited about this. We weren’t sure if this was a dumb idea or a good idea.

Does anyone ever tell you that you have too many ideas?

Not really. At this point, the other ideas are self-sustaining. Sounds Delicious is falling into place, despite a rough start. We intended to start shipping last November and it turns out some bands take longer than they expect to record. Bands sometimes can’t estimate this accurately.

How do you get the studio costs covered for an entire cover album? And what sort of work do you have to do to get the licenses?

We leave each band in charge of booking their studio time and engineers and everything else, so our costs vary wildly depending on how they approach it. If they have a home studio or record in their bedroom or are doing a stripped down version of things it costs a lot less, obviously. But we really let the artist decide how they want to do it. And that extends to the album art and everything else about the release. As for the license, U.S. copyright law has a rule built-in that when you do a cover album you basically pay a dollar per pressing to the original artist. So we don’t even really need to ask permission. But a lot of artists, we’re finding, are flattered to be covered, or the artist will even reach out to the original band and ask for a blessing. Ben Gibbard did that with Teenage Fanclub. We’re working with the band Quilt and they’re covering F. J. McMahon’s Spirit Of The Golden Juice which is this kind of lost folk album that’s been rediscovered. And it turns out the album is getting re-released and McMahon is going on tour to support it, so he asked Quilt to be his backing band.

How long will you keep doing the 7” series?

We’ve kept that going almost six years. We partnered with Music Now! From Cincinnati and got recordings from amazing artists at their festival like Grizzly Bear and Sufjan Stevens to do covers and duets. We’ve also done debuts for people who are now working with much bigger artists, or we’ve helped launch their careers. It’s kinda cool to work with artists before they blow up.

What kind of set-backs have you encountered in getting a vinyl pressing together?

It was tricky to get off the ground. We have a great San Francisco-based pressing plant, but back in the beginning we had one plant who quoted us eight weeks of turnaround and three months later we still had nothing. We checked in and they said they were doing a Beatles repress so we were just out of luck.

“Can we just send our subscribers your Beatles album?”

Exactly. So we didn’t work with them again. And we hit problems with artists where something seems like it is almost done and then it just has to keep getting tweaked. This is just the process.

How does your wife pair foods to music?

We tried to create a framework but we always ignore those rules in favor of just feeling it out. It’s a very feelings-based thing. Like, you imagine where this music is set, physically. If there’s a cocktail with a collection maybe it’s music from a divey cafe or something, and we work from there. Other times, we start ripping off each other for ideas with themes to collaborate on.

Is the coffee pairing also feelings based?

Candidly, that’s more about the availability because the coffee people are getting the same record as the food people, but we have a partnership with Slate Coffee in Seattle. They lost a national competition for best coffee in the country recently by like a tenth of a point. We have a real relationship with them and they play our releases and we help bring people their coffee.

Great questions. We spend a lot of time thinking about this. For me, I want some to cover Portishead’s Dummy and I don’t know why.

Because they probably wouldn’t do the most electronic album in an electronic way?

It would be amazing. But I have no idea what band would be right for it. Separately, I’d love Radiohead to do an album for us. That’s obviously the dream. But I don’t think I need to hear Radiohead cover Dummy for some reason?

I think they’ve clearly tread that ground before.

Exactly. They even covered “The Rip” a while back. But yeah, I can’t figure out—I have my top bands and top records but who can say what makes the best pairing? I’m actually really excited about Pains covering Tom Petty because I saw Tom Petty at a festival recently and I wasn’t planning on seeing his entire set. I said “When he plays a song I don’t like or don’t know I’ll leave.” And that never happened because you know every Tom Petty song and they’re all good, but it’s easy to forget.

There are a lot of vinyl subscription services right now, and some are pretty bullshit. What’s your pitch about why people should pick you?

That’s what we were born from. I don’t want a subscription where I get music I could be getting anywhere else. If I can go to Amoeba Records and buy the record, I probably already have it. Hardcore collectors and people who are looking for something completely original—we’re the choice for you. 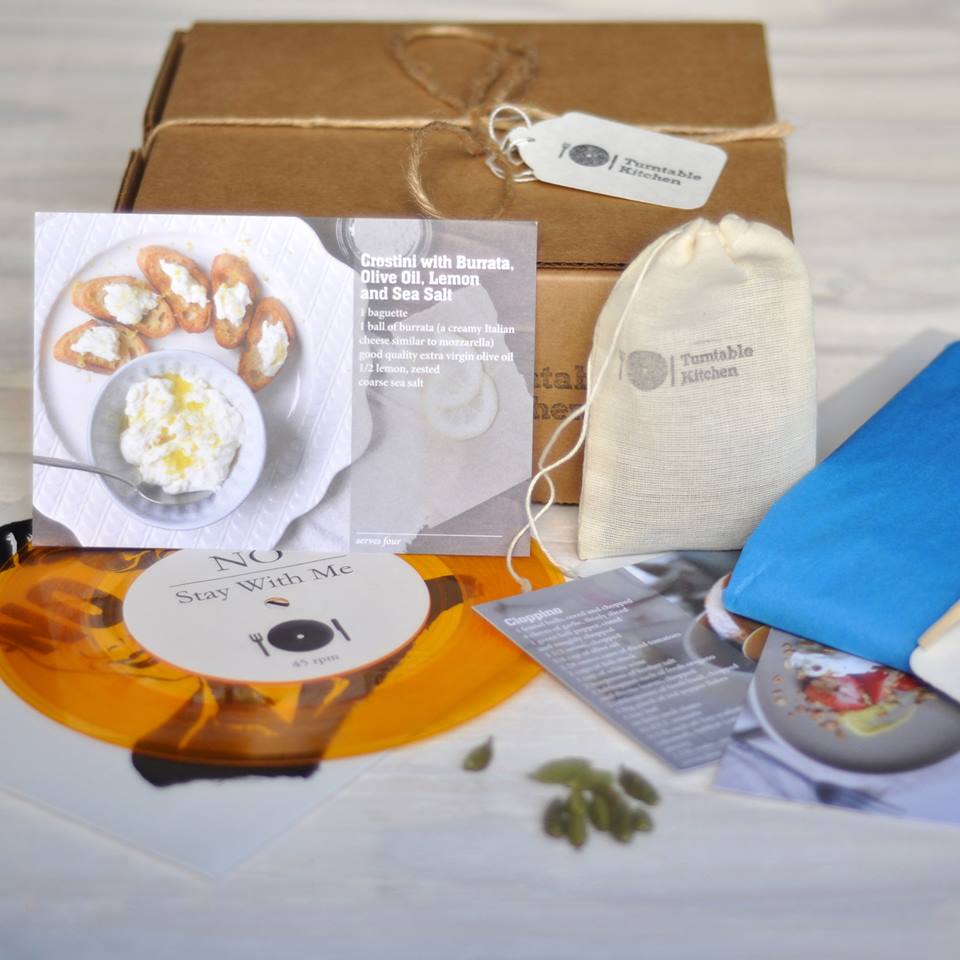