It’s been almost three years since Zack Brown raised $55,000 on Kickstarter for a potato salad. His goal was $10. He wanted to raise the money in order to pay for making the midwestern cookout staple for the first time.

“I made that Kickstarter project to get a laugh out of seven people, so the money and attention were a shock,” Brown wrote the Observer in an email. “The original intent of the joke was more like, ‘This is funny because it’s not what Kickstarter is for.'” But it didn’t take long for him to see that he’d created a satire of the site on the site itself.

‘My first two thoughts were “This is ridiculous” and “How can I get in on this?”‘

But when Brown raised far more money than he ever thought he would, the Columbus, Ohio, resident opted to actually do something with the cash and make a cookbook devoted to the staple of Midwestern picnics, The Peace, Love and Potato Salad Cookbook. It came out two years after the campaign ended, which isn’t bad considering the fact that he didn’t launch the campaign to make a book and he’d never made a potato salad before.

Today, there’s a new, even more ephemeral way to raise money: by creating a new cryptocurrency. Called an initial coin offering or ICO, entrepreneurs have been creating new digital currencies (like Bitcoin) in order to support various projects. Fortunately, just as it starts to crack mainstream attention, ICO’s have gotten their own answer to the potato salad campaign. It’s called the Useless Ethereum Token (UET), and its creator will absolutely sell you cryptocurrency good for absolutely nothing.

It went on sale yesterday and runs through July 11.

“The UET ICO transparently offers investors no value, so there will be no expectation of gains,” its creator, who only goes by UET CEO, writes on its website. “Remember—this is a completely honest ICO, which means I don’t want anyone to mistakenly expect the value of the tokens to go up, either. They’re called Useless Ethereum Tokens for a reason.”

We can think of one other cryptocurrency that came out and promised buyers nothing but the digital asset itself: bitcoin. In the end, every new currency of any kind is a satire on the very strange idea of money.

We wrote about a decentralized company, The DAO, which was working well until a security flaw made it collapse horribly. We wrote about the first Bitcoin felon’s ICO-powered second act after prison, which fizzled (according to a profile in Fortune, he’s glad). Recently, we covered the Basic Attention Token designed by a major web pioneer to change the economy for eyeballs online. It sold out almost instantly. Soon, messaging unicorn Kik is going to have a crowdsale to foster a new venture capital-independent ecosystem of developers.

It’s such a buzzy world that The New York Times ran a deep dive recently begging the question: how many millions will get raised in this space for the Securities and Exchange Commission starts putting up red flags? UET CEO sees it much the same way.

“I saw that people were investing in ICO after ICO, with each having its own slew of problems (both technical and in principle) and still making absurd amounts of money,” UET CEO wrote the Observer in an email. “My first two thoughts were ‘This is ridiculous’ and ‘How can I get in on this?’ I didn’t have a product… but I realized that people didn’t really care about the product. They cared about spending a little bit of money, watching a chart and then withdrawing a little bit more money. So why not have an ICO without a product, and do so completely transparently just to see what happened?”

The satire is actually built into the smart contract as well. Buyers get 1 UET for every 0.1 Ether (ETH) invested, plus a bonus. Every UET bought comes with free UET equal to the number of ETH invested. So, as of this writing, someone who paid 0.1 ETH right now would get 1 UET from the base formula plus 52 bonus UET, because people have put in 52 ETH so far.

Plus, the system will also randomly give away some bonus tokens along the way.

“This, along with the ‘bonus blocks’ were completely intentional, both to mirror some of the goofy crap other ICOs have tried to do in the name of ‘fairness’ or whatever, and to further highlight that these tokens aren’t meant to be attached to any real value,” UET CEO wrote. “What good is an ICO if it just gives away tokens… right?”

Most crypto watchers online like the gag. We liked this exchange on an Ethereum investor subreddit.

The only way to buy in is with Ethereum, which also provides most of the underlying code. So far, UET has acquired 52 ETH, worth an equivalent of nearly $14,000. Over $1,000 worth has gone in since we have been working on this post. The site continuously updates with investments, but it can all also be verified on Etherscan, a third party site that makes the blockchain records a bit more comprehensible.

So what’s UET CEO trying to say with this project? We’ll leave that for readers to decide, but remember that the best jokes tend to be made by folks who care about a subject enough to understand it well. Will the anonymous entrepreneur imitate Brown and do something substantive at the end of the crowdsale? Or would it be more in the spirit of the project if he just took all the money and blew it on an epic night at Applebee’s? 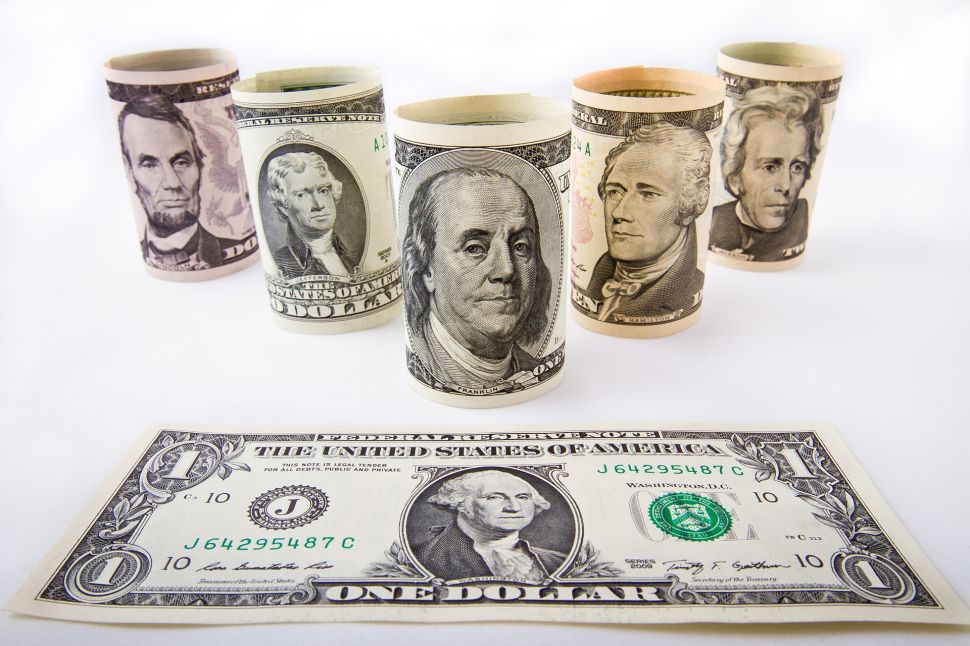