Andy Murray was the hero of Wimbledon after correcting a sexist reporter about the Williams’ sisters record at the tournament. If only The Wall Street Journal had taken a lesson from him.

The paper is in hot after sharing a poorly worded tweet about undergarments at Wimbledon.

Ironically, the story in question was about 18-year-old Austrian Jurij Rodionov, whose royal blue undergarments were visible during a Wimbledon match. Venus Williams was mentioned in passing because she too had to change her pink bra during the tournament, but the photo and problematic caption still weren’t necessary.

The Journal did apologize for its error—but strangely, they screenshot the offending tweet for posterity.

A tweet promoting our story on Wimbledon's clothing rules was seen by some as insensitive. This wasn't our intent. We have deleted the tweet pic.twitter.com/3mi57XvhTX

Alternative tweet: "Our social media staff is laughably tone deaf and we got called on it. We have deleted the tweet."

Why didn't it seem insensitive to the WSJ?!🙄 https://t.co/fwazOWbdWj

gee I wonder why people saw that as insensitive https://t.co/LN3xdKU3J5

Man. Y'all are such pieces of shit.https://t.co/OEWOLM8sAQ

Glaring example of the need for diversity in the newsroom. https://t.co/RsHcmZ0wje

Looks like the Journal should’ve taken a page from Murray’s playbook. 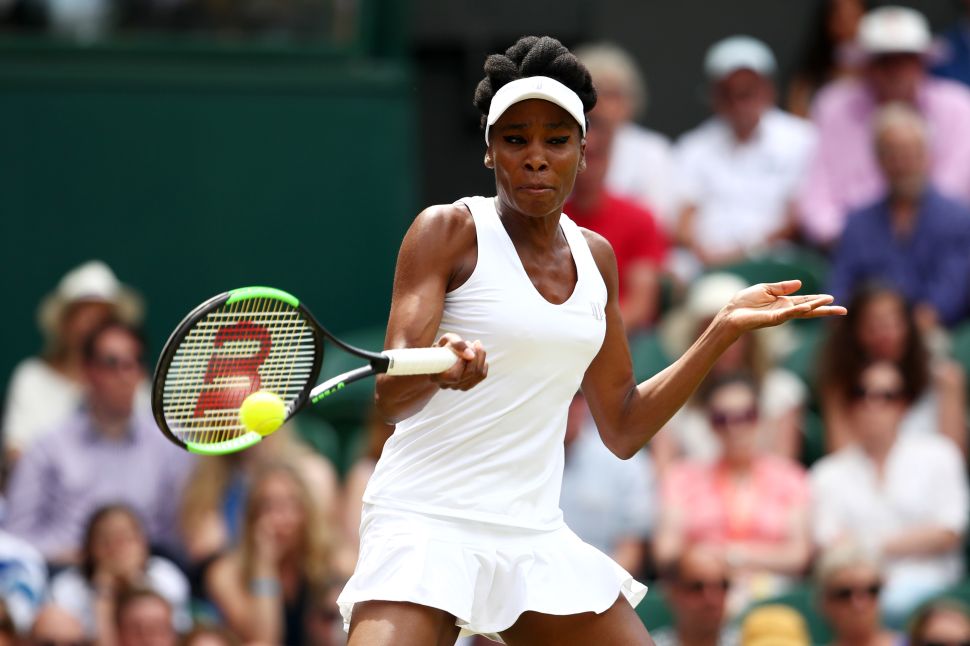