Politics is not a simple or straightforward process. Television dramas like “House of Cards” and “The West Wing” might exaggerate the political gamesmanship in Washington, D.C., but the endless twists and turns these shows portray aren’t far from reality.

Take our country’s latest run through the maze of healthcare issues, for example. Just when it seems that Republican leaders are set to repeal and replace the Affordable Care Act, something changes to put that legislation in limbo. Healthcare concerns are nothing new for policymakers, who have struggled with the matter for decades.

I have firsthand experience with the bewildering world of healthcare reform. My late father, Dr. Stephen C. Gleason, helped found the National Health Policy Council and served as senior health policy advisor under former President Bill Clinton. He recruited me to serve as a data scientist for both the policy council and the White House, and my findings helped legislators make informed decisions. The work was grueling, but it taught me valuable lessons about the complex nature of politics.

Uncovering the Humanity of Politics

During this crash course on politics, I was still in school. After wrapping up my undergraduate work at UCLA, I had just started as a graduate student — studying physics and chemistry — at the Massachusetts Institute of Technology.

Physics and healthcare might not seem like a natural fit, but both subject areas rely on data. I crunched mountains of complex data, focusing on national health expenditures, associated growth rates, and the budgetary consequences of reform. I viewed the situation in terms of special interest, political, economic, provider, and consumer forces all fighting for position.

As part of this father-son partnership, I had the privilege of attending two face-to-face meetings with former President Clinton. These conversations and my longer-term work in healthcare publishing shaped my career in significant ways.

Tackling steep challenges like this always ends up teaching us unexpected lessons. I learned that healthcare — like so many subjects we tackle in life and business — is not primarily a math or numbers problem; it’s a humanitarian issue. Improving the lives of families, elderly citizens, and children should be the true goal of the healthcare debate. Buzzwords such as single-payer or health savings accounts are simply tools we can use in service of that goal. In any situation, it’s crucial to consider the human element of the matter.

The Political Side of Business

Decades after the fact, my work with the White House is still influencing my career. I have admittedly become more conservative since I was younger, but I routinely find myself doing my best to consider the needs of every stakeholder in my company — employees, leaders, investors — before I make any pivotal decision. The human side of politics highlighted several traits that have bled over into my business life.

One of the main things I learned during my political work was the importance of being physically present instead of relying purely on electronic communication. While elected officials correspond with millions of Americans who call and write letters, many people don’t realize how easy it is to physically show up at a politician’s office and discuss issues with a living, breathing person. These face-to-face interactions are much more effective, and they can empower a single person to influence millions through legislation.

I spent some time working as an aide for a U.S. Senator in Washington, D.C. I observed a variety of people show up unannounced to discuss issues they cared about with either the senator or his staff members. Regardless of whether it was actor Woody Harrelson(true story) or a random family from Iowa, everyone who showed up could voice an opinion. The same principle applies to my meetings with former President Clinton; these face-to-face interactions led to unscripted conversations in which my personal opinions were welcome.

If the problems facing America could be solved by a meme with a four-word caption, we would already be living in paradise. Contrary to what the internet might have you believe, the issues the world faces are dizzyingly complex. Even the savviest political leaders rarely know the perfect solution when they make decisions.

One virtue of living in the digital age is that our leaders have access to a much broader spectrum of information. They can gather input via social media and solicit direct feedback from constituents. In the end, our decisions are only as good as our data. In the business world, it’s crucial to reach out in person and over social media to gather varied insights before making any hard choices.

3. Politicians Are People, Too

Outside of Bill Clinton’s amiable public persona and smooth political style, I was able to get to know him as a family friend. He was the man who was willing to set aside his busy life to be with my family after my father’s death and deliver the eulogy at his funeral. Despite media reports and hostile politics, I know him as a down-to-earth man with a warm heart. He was one of the most powerful men in the world, but what struck me most was his willingness to consider new ideas.

My experiences showed me that elected officials are real people with souls and strengths we often ignore. Entrepreneurs should be encouraged by this and feel empowered to reach out to local politicians for help with important initiatives. Be genuine, and appeal to their humanity. I recently recruited the mayor of a nearby city to join my company’s advisory board to help employ veterans in our community. We connected because of an issue that’s near and dear to both of our hearts.

My time in the political world predominantly focused on data and analytics, but my experiences ended up teaching me a lot about humanity. These invaluable lessons have helped guide my work in private industry, and I’m confident countless business leaders could benefit if they would reach out to politicians and work together to solve pressing problems.

Michael Gleason, an entrepreneur and technology expert, is founder and CEO of Consumer Brands LLC, innovative technology and publishing companies based in Newport Beach, California. 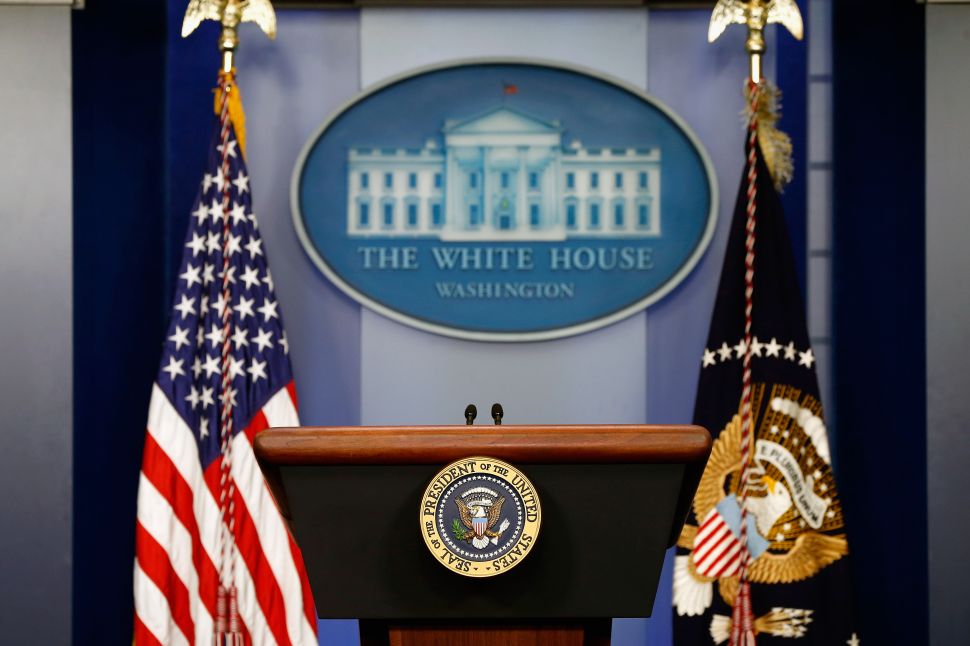