Note: This is the second article in a series about gender and equality. The first one is called What’s the Problem with Men? In it, I discuss a lot of the unhealthy cultural forces that lead men to oppress women (as well as damage themselves). In this piece, I look at the feminist movement and question some of its strategies for implementing greater equality in society. Obviously, I’m a straight white male and don’t deal with the shit women deal with on the regular. But please take this as a critical look at the methods of feminism, rather than cause of equality itself.

In 1919, thousands of women stood outside the White House and demanded that they be allowed to vote. In the next presidential election, they would. And this massive demographic shift paved the way to laws in the 1920s that would promote women’s health and education (as well as prohibition, but we’ll just pretend that never happened).

In the 1960s and 70s, feminist protests resulted in a series of laws that guaranteed, under the law, equal rights in the workplace, in universities and colleges, in health care, and in the home.

And in the early 2000s, feminists valiantly fought against such oppressive forces as the word “too”, scary sports mascots, and patriarchal cereal boxes.

But whereas legal and political equality are clearly defined and measurable, social equality is murky and complicated. The current feminist movement is not a protest against unjust laws or sexist institutions as much as it is the protest against people’s unconscious biases as well as centuries-worth of cultural norms and heritage that disadvantage women. Women still get screwed over in myriad ways. It’s just that whereas before it was an open and accepted part of society, today much of it is non-obvious and even unconscious.

This is a tricky business because you’re no longer dealing with institutions—you’re dealing with people’s perceptions and people’s brains. You have to confront belief systems and irrational assumptions and force people to unlearn things that they’ve “known” for decades. It’s a really, really hard thing to face.

And the hardest part about it is that there’s no easy metric in the social arena for what is equal and what is not. If I fire three employees and two of them are women, is that equality? Or is that sexism? You can’t say unless you know why I fired them. And you can’t know why I fired them unless you can get inside my brain and understand my beliefs and motivations.

Thus, today feminism has a measurement problem. It’s easy to measure whether boys and girls are receiving the same funding in schools. It’s easy to see whether a man and woman are being paid appropriately for the same work. You just pull out your calculator and go to work.

But how do you measure social justice? If people like a brother more than their sister, is it because she’s a woman? Or is she just a shitty person? Or, more aptly, if a few women think a college mascot is scary and intimidating, is that legitimate ‘oppression’? What about overused adverbs? How the fuck did we get here? Can I ask any more rhetorical questions in this paragraph? Bueller? Bueller?

I don’t think it’s controversial to say that philosophically, feminism got it right: All people, regardless of gender, should be afforded the same rights and respect. This strikes me as a no-brainer for pretty much any decent human being alive today.

Feminism also got it right that women have been oppressed throughout pretty much all of civilized human history, in pretty much every culture and society, and there’s a lot of baggage and residue of that oppression that carries on in various forms today.

Feminism also got it right that, despite their biological differences, men grow up in a culture of toxic masculinity that is not only unhealthy for women, but also unhealthy for men as well.

All of this is correct. Let’s call this loose group of ideas “philosophical feminism.”

The problem is that feminism is more than a philosophy or a group of beliefs. It is, now, also a political movement, a social identity, as well as a set of institutions.

See, there’s this thing that happens to groups of people. They always start out with an idea. And often it’s a pretty good idea. Then they come together and organize on that idea, because organizing large groups of people and building structures to act in concert is the way you get shit done in a society.

But the problem is, once you’ve got a group of people together, organized for a single purpose, achieving political leverage and adopting power, building institutions and careers for themselves, all sorts of bad human tendencies start to take over.

As humans, we are tribal by nature. Our natural default is to see ourselves as part of some group that’s struggling against some other group(s) at all times. And once we’re part of our little group, our little tribe, we adopt all sorts of biases and preferences. We construct belief systems that justify our group’s power and superiority. We create tests of whether other people are “true” and “pure” members of our group, and we either shame any “non-believers” into conformity or simply expel them from the tribe.

As the comedian George Carlin once put it:

In the past few decades, sexual violence has halved, and domestic violence has dropped by an astounding two-thirds. Women recently surpassed men in the workforce in the US and earn almost 60% of all bachelor’s degrees. And despite the constant drumming of 77 cents women earn on the dollar compared to men, when you factor in the fact that men work longer hours, more dangerous jobs, and retire later, the wage gap today is actually only something like 93 to 95 cents for every dollar a man earns.

But the problem is that, like I said, feminism, in the process of enacting all of the progress of the last 50 years, became more than a philosophy—it became an institution. And institutions are always primarily interested in sustaining themselves first and engaging with the world as it is second.

Those stalwart feminist activists of the 60s and 70s who were at protests and burning their bras or whatever, many of them moved into academia. They got graduate degrees and wrote books and founded departments and held conferences and created political organizations and had fundraisers and started magazines. And pretty soon, feminism was no longer a cause for these people, it was their career. Their paychecks depended on there being patriarchy and oppression everywhere they looked. Their departments depended on it. Their professional careers and speaking fees depended on it. And so they found it.

Tribal feminism laid out a specific set of beliefs — that everywhere you look there is constant oppression from the patriarchy, that masculinity is inherently violent, and that the only differences between men and women are figments of our cultural imagination, not based on biology or science. That knowledge itself is a form of patriarchy and oppression. Anyone who contradicted or questioned these beliefs soon found themselves kicked out of the tribe. They became one of the oppressors. And the people who pushed these beliefs to their furthest conclusions — that penises were a cultural construction of oppression, that school mascots encourage rape and sexual violence, that cereal boxes can be offensive — were rewarded with greater status within the tribe.

“THAT’S THE TRENCH YOU’RE WILLING TO DIE IN?”

Sam Harris, the famous atheist author as well as a bona fide far-left progressive and severe critic of women’s oppression worldwide, found himself in the crosshairs of tribal feminists recently.

His crime? When asked why his readership was predominantly male, he commented that criticism of religion tends to be angry and that men generally identify more with angry rhetoric than women do.

What ensued was an imbroglio of criticism, to the point where women came up to him at events to let him know how sexist he was.

Now, I love Sam Harris, but he’s kind of got thin skin. And a really bad habit of unpacking every criticism he ever receives and spending way too much time trying to explain why it’s unfair or misrepresentative of his ideas. But on his podcast response to this particular situation, he made a comment about tribal feminists that struck me (and I’m paraphrasing here because I’m too lazy to go find it): “Is this really the cause of your generation? Safe spaces and trigger warnings and microaggressions? That’s the trench you’re willing to die in?”

Previous generations of feminists were willing to die in the trenches of getting women the right to vote, to go to college, to have an equal education, for protection from domestic violence, and workplace discrimination, and equal pay, and fair divorce laws.

This generation’s tribal feminists’ trenches are that of The Feelings Police — protecting everyone’s feelings so that they never feel oppressed or marginalized in any way.

There’s that overused Gandhi quote: “Be the change you wish to see in the world.”

Previous generations of feminists were the change they desired. They got out and protested and voted. They went to the schools and got the degrees and took the jobs.

Yet, today, tribal feminists are more interested in enforcing thoughts and perceptions about women, rather than actually becoming the women they wish others to see.

Yes, women still face stereotypes and poor treatments in these industries. But this is the trench today’s feminists should be fighting in. This is where they should be making their push — and not by talking about it online, but by actually being there.

Yet the data and the tweet storms suggest that they’re not.

It’s easy to picket a college campus, or post angry comments on Facebook. It’s hard to be a woman in tech or in politics. But it’s the latter who are the unsung heroes of today’s movement.

For centuries, women were marginalized and discounted by men. One of the many stereotypes that men ascribed to women when doing this was that women were overly concerned with their feelings and the ways others perceived them. Yet, this is the same cliched behavior that tribal feminists have fallen back into.

And once your philosophy has inverted upon itself, it becomes corrupt. Just like the old communist societies of the 20th century, once you set out to provide perfect equality for everybody, you achieve the exact opposite. What was once progressive becomes regressive. You become so busy policing people’s thoughts and opinions that you lose track of what actually matters. 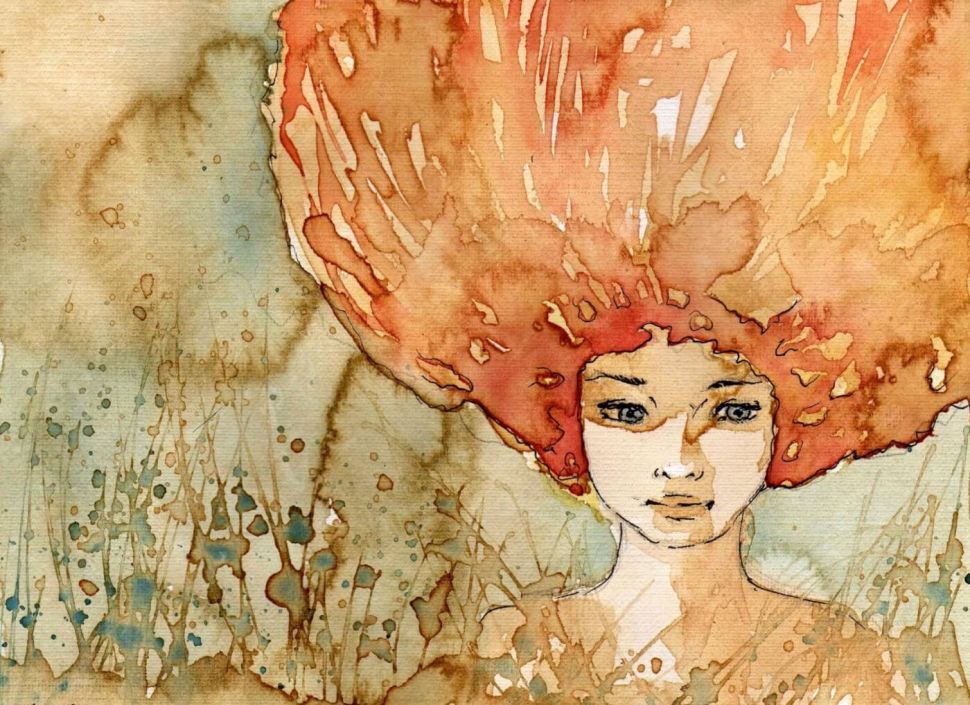