The advantages of coins as currency were clear. cgb/Wikimedia

Sometimes you run across a grimy, tattered dollar bill that seems like it’s been around since the beginning of time. Assuredly it hasn’t, but the history of human beings using cash currency does go back a long time – 40,000 years.

Scientists have tracked exchange and trade through the archaeological record, starting in Upper Paleolithic when groups of hunters traded for the best flint weapons and other tools. First, people bartered, making direct deals between two parties of desirable objects.

Money came a bit later. Its form has evolved over the millennia – from natural objects to coins to paper to digital versions. But whatever the format, human beings have long used currency as a means of exchange, a method of payment, a standard of value, a store of wealth and a unit of account.

As an anthropologist who’s made discoveries of ancient currency in the field, I’m interested in how money evolved in human civilization – and what these archaeological finds can tell us about trade and interaction between far-flung groups.

Why do people need currency?

There are many theories about the origin of money, in part because money has many functions: It facilitates exchange as a measure of value; it brings diverse societies together by enabling gift-giving and reciprocity; it perpetuates social hierarchies; and finally, it is a medium of state power. It’s hard to accurately date interactions involving currency of various kinds, but evidence suggests they emerged from gift exchanges and debt repayments.

Objects that occurred rarely in nature and whose circulation could be efficiently controlled emerged as units of value for interactions and exchange. These included shells such as mother-of-pearl that were widely circulated in the Americas and cowry shells that were used in Africa, Europe, Asia and Australia. Native copper, meteorites or native iron, obsidian, amber, beads, copper, gold, silver and lead ingots have variously served as currency. People even used live animals such as cows until relatively recent times as a form of currency.

The Mesopotamian shekel – the first known form of currency – emerged nearly 5,000 years ago. The earliest known mints date to 650 and 600 B.C. in Asia Minor, where the elites of Lydia and Ionia used stamped silver and gold coins to pay armies.

The discovery of hordes of coins of lead, copper, silver and gold all over the globe suggests that coinage – especially in Europe, Asia and North Africa – was recognized as a medium of commodity money at the beginning of the first millennium A.D. The wide circulation of Roman, Islamic, Indian and Chinese coins points to premodern commerce (1250 B.C. – A.D. 1450).

Coinage as commodity money owes its success largely to its portability, durability, transportability and inherent value. Additionally, political leaders could control the production of coins – from mining, smelting, minting – as well as their circulation and use. Other forms of wealth and money, such as cows, successfully served pastoral societies, but weren’t easy to transport – and of course were susceptible to ecological disasters.

Money soon became an instrument of political control. Taxes could be extracted to support the elite and armies could be raised. However, money could also act as a stabilizing force that fostered nonviolent exchanges of goods, information and services within and between groups. 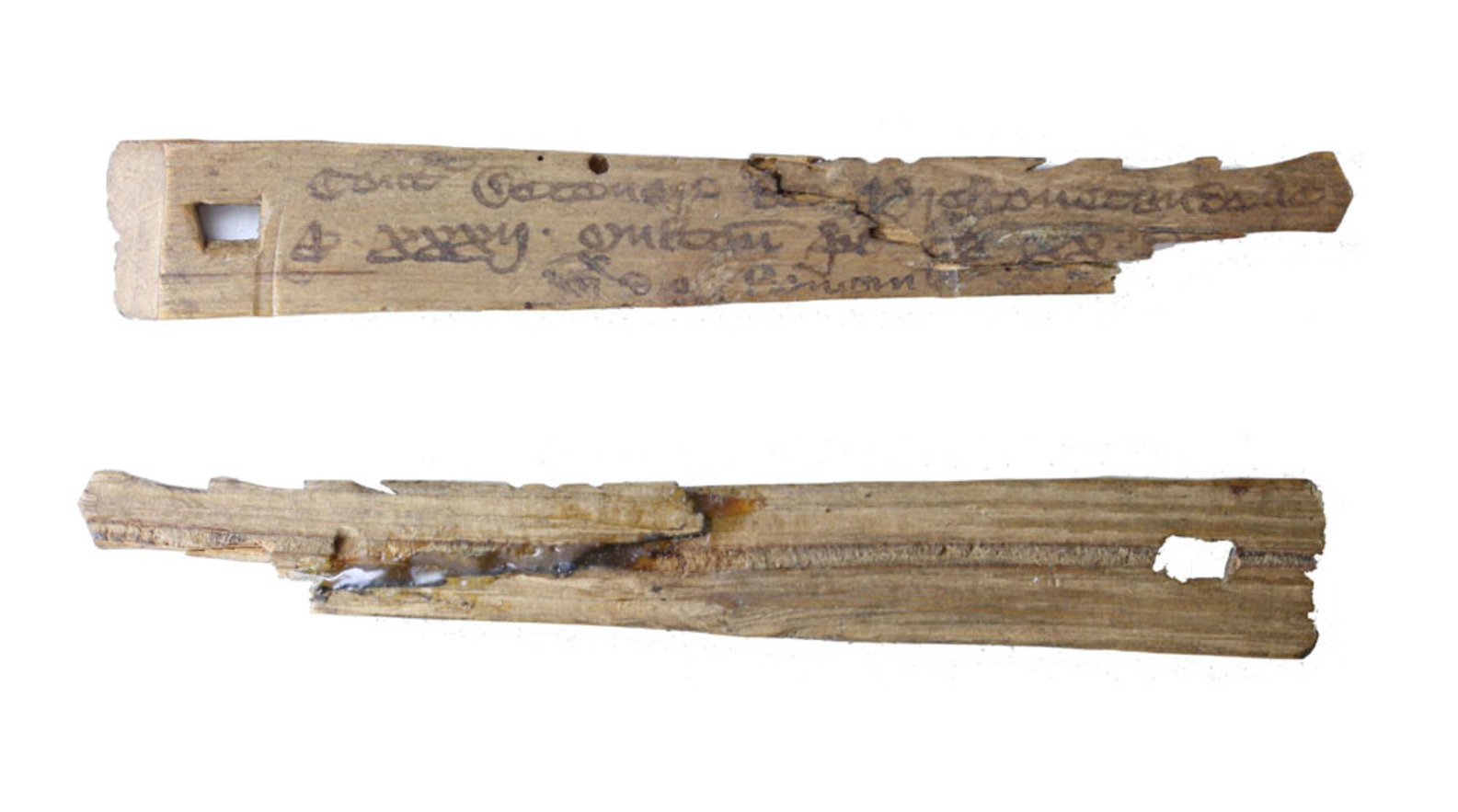 Throughout history money has acted as a record, a memory of transactions and interactions. For instance, medieval Europeans widely used tally sticks as evidence for remembering debt.

In the past, as today, no society was completely self-sustaining, and money allowed people to interact with other groups. People used different forms of currency to mobilize resources, reduce risks and create alliances and friendships in response to specific social and political conditions. The abundance and nearly universal evidence of movement of exotic goods over diverse regions inhabited by people who were independent of each other – from hunter-gatherers to pastoralists, to farmers and city dwellers – points to the significance of currency as a uniting principle. It’s like a common language everyone could speak.

For example, Americans who lived in the Early Formative Period dating from 1450 to 500 B.C. used obsidian, mother-of-pearl shell, iron ore and two kinds of pottery as currency to trade across the Americas in one of the earliest examples of a successful global trade. The Maritime Silk Road trade, which occurred between A.D. 700 to 1450, connected Europeans, Asians and Africans in a global trade that was both transformational and foundational. 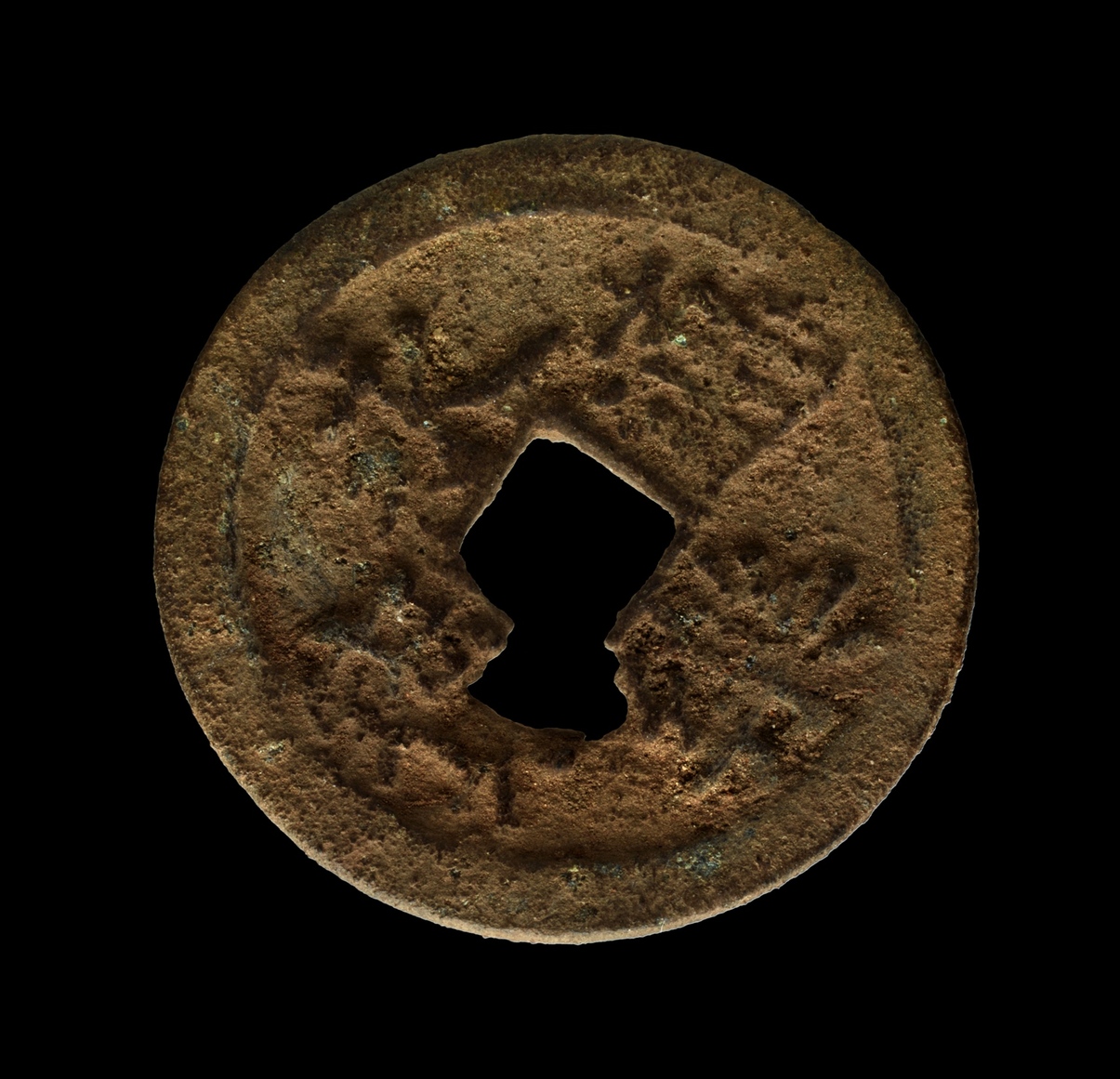 Chinese coin from early 1400s found in Kenya by the author. Author provided

In my own excavation work in 2012, I recovered a 600-year-old Chinese Yongle Tongbao coin at the ancient Kenyan trade port Manda, in the Indian Ocean. Chinese coins were small disks of copper and silver with a hole in the center so they could be worn on a belt. This coin was issued by Emperor Yongle of the Ming Dynasty. He was interested in political and trade missions to the lands beyond the South China Sea and sent Admiral Zheng He to explore those shores, nearly 80 years before Vasco da Gama reached India from Portugal.

Archaeological discoveries like this one illustrate Africa’s integration into trade interactions in the Indian Ocean. They also show evidence that market economies based on cash money were developing at this time. On the East African coast, there were local merchants and kings of the local Swahili who followed Islam and cultivated these external contacts with other Indian Ocean traders. They wanted to facilitate business dealings, while merchants from the Near East and South Asia had their own Rolodexes of business contacts. Coinage was not just a local affair but also a way of leaving a calling card, a signature and a symbolic token of connections.

As the history of money has shown, currency’s impact is double-edged: It enabled the movement of goods and services, migration and settlement amongst strangers. It brought wealth to some, while hastening the development of socioeconomic and other distinctions. The same patterns unfold today with the modern relationship between China and Africa, now more intertwined and unequal than when Admiral Zheng He first brought coins from China in a diplomatic gesture, as a symbolic extension of friendship across the distance separating the two.

In our time, possession of cash currency differentiates the rich from the poor, the developed from the developing, the global north from the emerging global south. Money is both personal and impersonal and global inequality today is linked to the formalization of money as a measure of societal well-being and sustainability. Even as currency continues to evolve in our digital age, its uses today would still be familiar to our ancient predecessors.

Chapurukha Kusimba is a Professor of Anthropology at American University. This article was originally published on The Conversation. Read the original article.