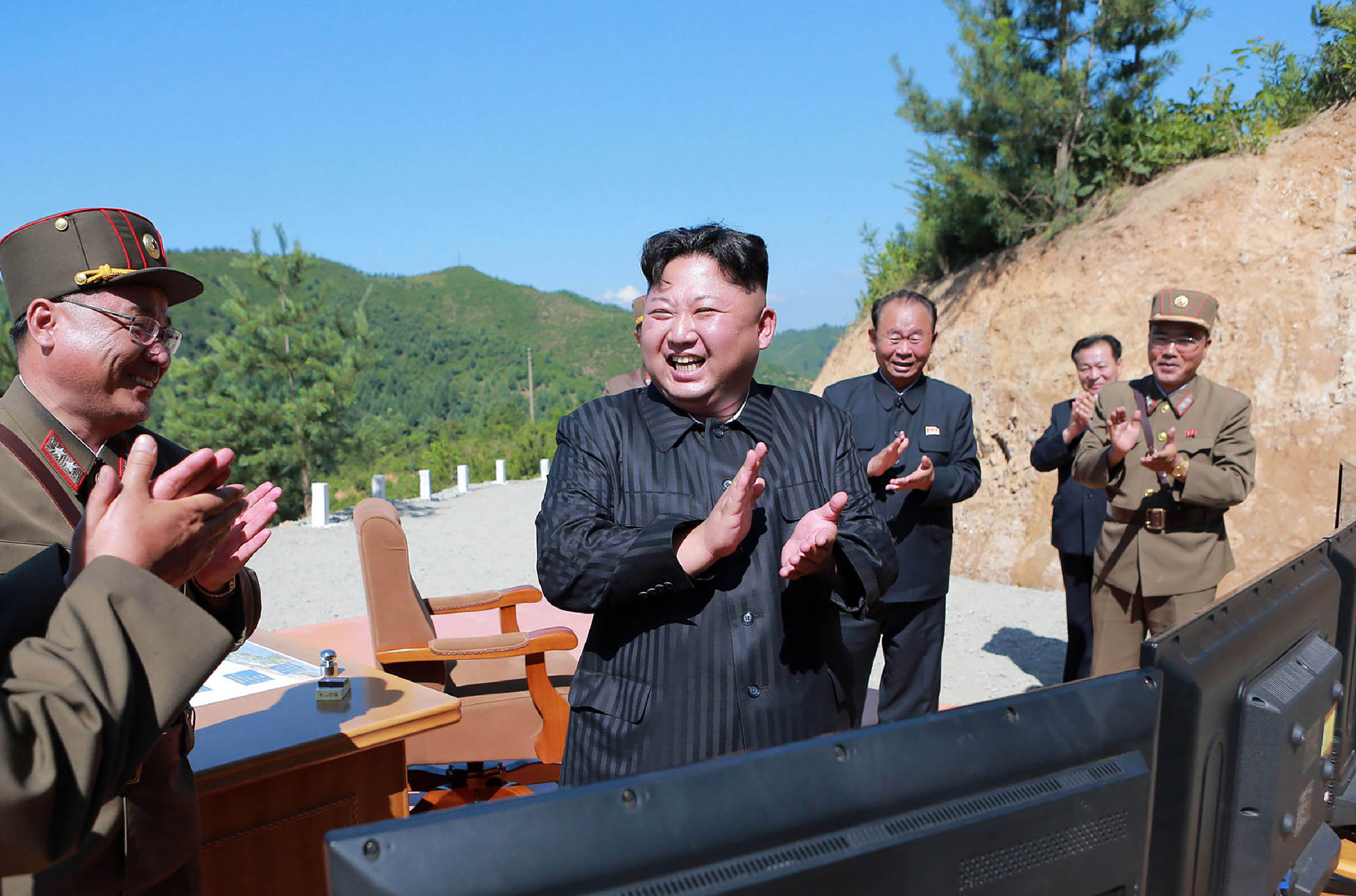 North Korea’s successful test of an intercontinental ballistic missile (ICBM), allegedly with the capability to hit Alaska, is the latest in a series of significant advances for the country’s missile program.

North Korea has been seeking to develop long-range missile technology for over 20 years. For much of this period, the international community has been trying to stop that from happening.

My research on how states illegally obtain missile technologies and my experience conducting outreach related to U.N. sanctions give me some insight into the methods North Korea used to make illicit procurements and the limitations in using technology-based sanctions to prevent them.

In 2006 – following North Korea’s first nuclear test – the U.N. Security Council prohibited the “supply, sale or transfer” of “items, materials, equipment, goods and technology” that could contribute to the country’s missile program.

Efforts to prevent North Korea’s acquisition of missile technology by certain nations – notably the United States – were underway by the 1990s. However, the U.N. sanctions went further by placing standardized legal requirements on all states to prevent the development of North Korea’s weapons of mass destruction programs.

These sanctions are “universal” – obligatory for all states around the world. However, each nation is responsible for implementation within its borders. Missile, nuclear and military technologies are regulated through national export control systems. Exports of certain goods and technologies need to be granted an export license by the government. This allows governments to do a risk assessment on transactions and minimize the diversions to undesirable uses, such as WMD programs or human rights abuses.

Since the passage of U.N. Security Council resolution 1540 in 2004, having an export control system has been mandatory for states. In theory, this should give all countries the capacity to implement technology-based sanctions. However, more than a decade after UNSCR 1540 was passed, many states – particularly developing countries – are still struggling to put in place effective systems to implement the legislation.

As North Korea’s missile program has advanced, its sources of missile technology have evolved.

North Korea began by importing full missile systems and seeking to reverse-engineer or replicate them. For example, after procuring short-range Scud missiles from Egypt in the late 1970s, North Korea had replicated, or “reverse-engineered,” them by the mid-1980s. The 1990s saw North Korea develop the Nodong, a scaled-up Scud design. It also experimented with longer-range missiles in the late 1990s and mid-2000s. These Taepodong missiles drew together elements of the shorter-range systems such as their engines. The Taepodong-2 allegedly had an intercontinental range, although it was never successfully tested.

Since taking power in 2011, Kim Jong-Un has accelerated North Korea’s missile program. In the past year alone, the country has tested four seemingly new missiles for the first time – including a submarine launched ballistic missile (SLBM) and an intermediate range ballistic missile, as well as the ICBM tested this week.

The country has also sought to learn how to produce required parts and components at home. North Korea’s program is opaque, and the balance between reliance on external sources and indigenization is unclear, but some episodes provide insights.

Rocket debris salvaged from the sea following a satellite launch in December 2012 suggested an ongoing reliance on the international market place for parts. A 2013 U.N. report suggested the rocket had used modern components sourced from China, Switzerland, the U.K. and the U.S., as well as “cannibalized” Scud components and other 1980s vintage Soviet parts.

Since then, North Korea has continued to pursue more advanced manufacturing technologies. Footage from the leadership’s frequent factory visits has shown that North Korea has acquired advanced computer numerically controlled (CNC) machine tools which are of use in missile and nuclear programs. Photographs from the recent parade in April 2017 suggest that North Korea’s new SLBM was constructed with wound filament. This material is lighter and stronger than aluminum, and a significant step forward in capability.

To make these advances in their missile program, North Korea has had to evade sanctions and the broader scrutiny of the international community. Their illicit procurement techniques include using front companies, obscuring the end user, falsifying documentation and mislabeling cargo. A 2017 U.N. report notes that North Korea’s evasion techniques are “increasing in scale, scope and sophistication.”

North Korea’s military and WMD procurement networks are global in nature. According to one study, they have touched more than 60 countries.

Due to geographical proximity, historic relationship and broader trading links, China has played an unparalleled role in these networks. Many middlemen and procurement agents have operated in China, and increasingly – as the country’s private sector develops – its manufacturers have been a source of technology. A series of revelations in early 2017 demonstrated that Chinese manufacturers and Chinese-North Korean joint ventures are benefiting North Korea’s missile program – including with machine tools, components and materials.

The effects of sanctions?

With North Korea’s successful ICBM test – and a range of other nuclear, missile and military advances – observers might rightfully ask: Have sanctions failed? This question is complicated. It might be more useful to consider what the effects of sanctions have been.

What is undeniable is that sanctions have had unforeseen consequences. Research suggests that sanctions could have made North Korea’s procurement efforts more sophisticated as Chinese middlemen monetize the risk.

Americans tend to view North Korea as an inward-looking, economically isolated state cut off from the international community. However, the country’s illicit networks – including those supplying its missile program – are global and responsive. Ultimately, they will be difficult to counter.

Daniel Salisbury is a Postdoctoral Fellow at the Middlebury Institute of International Studies at Monterey. This article was originally published on The Conversation. Read the original article. 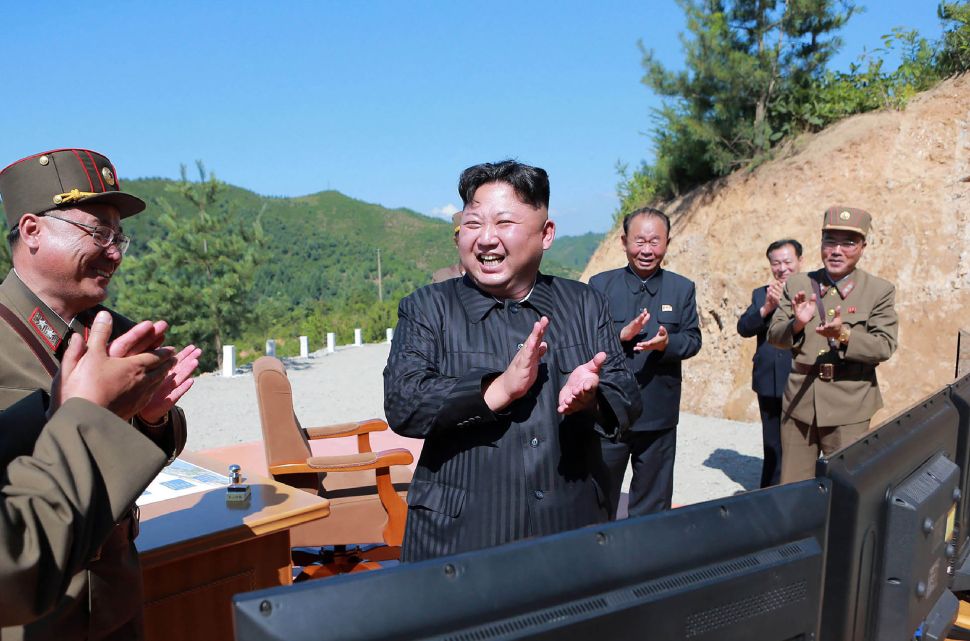