I’m feeling a little sorry for Ryan Phillippe—and I bet he’s the life of the pity party, too. The week his alpha ex-wife and Cruel Intentions co-star Reese Witherspoon scored an Emmy nomination for TV hit Big Little Lies, which she also produced. Meanwhile, he’s trapped as the grizzly widower in the B horror movie Wish Upon. No awards forthcoming here!

Phillippe plays Jonathan Shannon, a once-proud saxophonist reduced to dumpster diving for a living (ouch!) following his wife’s suicide (double ouch!) Twelve years after she hung herself, hoarder Dad drinks domestic beer and nursemaids their dweeby damaged daughter Claire (Joey King, a big-eyed child star making the awkward transition to adolescent). For her birthday, he gives her an ornate Chinese music box he finds in the trash outside a spooky deserted mansion. Dun dun dun.

While the audience is crying put that cursed antique back, please, naturally he doesn’t, or there wouldn’t be much of a movie. Inevitably, the plucky but unpopular high school student, oppressed by the generic disdain of the school’s requisite blonde bitch, starts to wish on the freaky box. “No” cries the audience, or at least those who, at the beginning, care. Avoiding the obvious—world peace, cure for cancer, etc.—Claire wishes for her rival to rot. She does, and it isn’t pretty. There’s little time to enjoy this dubious triumph because each wish comes with a downside, starting with the disappearance of Claire’s beloved pooch.

Since there are seven wishes, it’s pretty much a lather-rinse-repeat cycle. There’s death by garbage disposal (been there, seen that), elevator (saw that coming); chain saw (not quite a massacre). Stripped of suspense by cinematographer-turned-director Jonathan Leonetti (Annabelle) and written without conviction by Barbara Marshall (Viral), this is one of those summer filler movies begging the question: How did this get made when so many good films never escape development purgatory?

When it comes to beware-of-what-you-wish for movies, I’ll stick with the classic comedy Bedazzled starring Peter Cook and Dudley Moore, later limply remade with Brendan Fraser and Elizabeth Hurley. Either one has more surprises than Wish Upon, in which audience members start to hope that when poor papa Phillippe gets a flat tire that he will become the next victim and be put out of the misery that continued for viewers until the very predictable and only moderately grisly end. Like Claire, and possibly the producers, I wish I’d never seen this movie. Fortunately for me (and those sacrificial lambs nearest and dearest), that desire will never be granted. 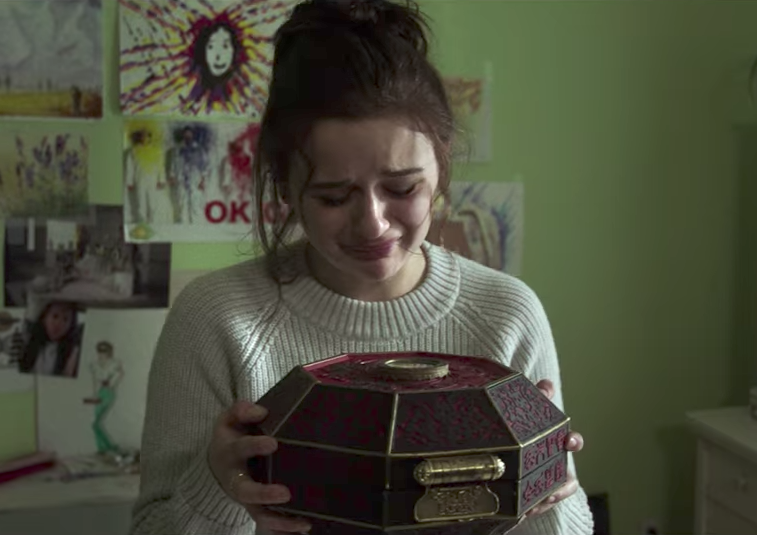