Afghanistan is the most dangerous place in the world to be a woman — it’s even more dangerous than being in combat.

Take Niloofar Rahmani’s story: In 2013, Rahmani made history as the first woman to receive her wings in Afghanistan’s air force. She was encouraged and inspired by her father, who’d always wanted to become a pilot, and went on to spend more than 1,000 hours in the air to honor him and to show that “girls can do the same job in Afghanistan that the men can handle.”

But this achievement has cost her anonymity and security. She and her family have received so many death threats that they’ve had to move repeatedly. When Rahmani requested asylum in the United States in late 2016, Gen. Mohammad Radmanish told U.S. officials to reject her request, claiming that “she lied by saying she was threatened just to win the asylum case.”

If a woman seeking simply to fulfill her father’s dream of becoming a pilot is treated as a public enemy, what can women expect to face when they attempt to break restrictive societal norms by pursuing careers, studying, or even driving? It seems that every time a woman dares to reach for more, she is knocked back down, despite the progress made in recent years.

Under the Taliban’s Thumb

During its rule in Afghanistan, the Taliban violently and egregiously limited women’s rights. Women were banned from attending school, working, showing any skin in public, and even leaving the house without a male chaperone.

Women have been tortured, beaten, mutilated, raped, burned alive, sold into prostitution, and targeted by acid attacks for violating those bans. During the Taliban’s rule, a woman even had the end of her finger cut off just for wearing nail polish.

Though the Taliban lost widespread power in the early 2000s, many of the stigmas its rule created remain. Women still are looked down upon for pursuing hobbies or jobs. They often lack employment opportunities, work experience, educational backgrounds, and support from family members, all impediments to finding employment. In 2016, only 19 percent of women in Afghanistan were part of the country’s workforce.

In addition, many girls are trapped into marriage as children. If a girl’s family is poor, her parents might decide to find her a husband when she’s very young so they no longer have to provide for her or so they can collect a reward. Strong patriarchal values that persist throughout the nation and a lack of educational opportunities for girls can also lead to underage marriage.

While the legal marriage age for Afghan women is 15 or 16, girls as young as 6 are married off to much older men. Studies show more than half of women between ages 25 and 49 were married by the time they turned 18. One in eight of these women was a wife before she was even 16 years old; the actual rates might be even higher.

Some brave women are fighting these injustices by pursuing leadership roles and going after their goals, despite warnings or threats.

Women are stepping into leadership roles on a national level. Twenty-eight percent of Afghanistan’s parliament officials are women, up from just 4 percent in 1990. That beats out the mere 19 percent of female representatives in the United States.

Seema Ghani, an Afghan woman who fled the country with her family in the 1990s, was recently honored for her work empowering women and creating jobs. After spending time as a consultant in London, she returned to work as chairwoman at the charity Hand in Hand Afghanistan, where she oversaw training that helped start thousands of businesses in remote areas of the country — and 70 percent of those trainees were women.

And an Afghan woman called Nadia became the first woman in her family to ask for a divorce after her husband beat her with a metal rod. When Nadia first left her husband, tribal elders attempted to coax her into returning to him. But she resisted, saying, “God has given rights to women — divorce is one of them.” Divorce is indeed permissible in Islam, but it remains a taboo that outweighs the abuse women seeking a divorce are often fighting to escape.

1. Women Don’t Feel They Have Rights: Over the past decade, Afghan women have made tremendous strides, but the situation in Afghanistan is at a pivotal and dangerous point. Just a few days ago, I was sitting in Afghanistan with a group of women from all over the country. I went with the intent of getting qualitative interviews — instead, I heard their stories.

Each one brimmed with suffering. The women I spoke with feel a disconnect from perceived victories. They told me they have absolutely no choices or access to justice or support. Deeply ingrained societal norms are preventing women from asserting their rights and interests. Many don’t even know they have rights.

2. Women Are Afraid to Ask for Help: In most cases, reporting abuse and violence triggers the loss of social and economic safety nets. Zahra Yaganah, 32, successfully secured a divorce from her abusive husband, but since then, it’s been difficult for her to find places to live because landlords often won’t rent to divorced women. A divorcée often has to get a male family member to co-sign a lease or lie about having a husband in another country.

While Afghan law theoretically provides women with equal rights, these protections commonly go unenforced — and I’ve seen why. During my time in Afghanistan, I spent time with Automotive Management Solutions, our partners who both advance women’s initiatives throughout the country and provide vehicular support for the Afghan National Police. I was shocked to see many of the police vehicles were full of bullet holes and mangled from explosions. The police force is shouldering the burden of fighting insurgency on the streets rather than providing traditional policing services.

And women might avoid the police for another reason: In 2013, years after her divorce, Yaganah called the police to report that a man had been stalking her. Shortly after her report, a deputy at the police station began calling her repeatedly to ask whether he could come to her home. She had to change her phone numbers to avoid the officer’s harassment.

3. Community Elders — Not Courts — Still Exercise Judicial Authority: Amnesty International has noted that Afghan officials ignore the many abuses women face. Without sustainable problems or international aid, Afghan women could be subject to further rights violations. Funding is disproportionately earmarked for shortsighted projects that might be designed to lift women up but disregard cultural context that could sustain such progress.

Right now, violations of women’s rights are far more likely to be resolved by community elders than through legal proceedings. Take this case, for example: In Paktika province, 18-year old Fawzia was sentenced by a local Afghan court to 18 months in jail for elopement and adultery — but she didn’t serve her time in a prison. Instead, she was sent to a tribal elder’s home, where she was “treated like an animal and kept like a slave” while working as an unpaid servant.

In underdeveloped areas like Paktika, the government rarely has detention centers for women and struggles to assert authority, leaving much of the work to community elders.

4. Honor Killings Still Occur: Societal norms often still legitimize violence against women as an appropriate consequence for anything deemed “bad behavior.” Honor killings are all too common, and even when women are falsely accused, their attackers are issued punishments nowhere near fitting the crime.

Farkhunda Malikzada was 27 when she was killed in 2015 by a mob for supposedly burning the Quran — a crime she didn’t commit. The crowd beat her to death, ran her over, and set her aflame. While almost 50 men were charged in her death, only 12 received punishments; just eight served any time in prison.

It’s true that women’s rights in Afghanistan have improved in many regards since the Taliban lost power. But before the country — and the world — can claim all Afghan women’s rights have been restored, the nation must clear several more substantial hurdles.


Mina Chang is CEO of Linking the World, a humanitarian organization working in areas of instability and conflict. She currently serves as an International Security Program Fellow with New America, focusing on National Security and Preventing and Countering Violent Extremism (P/CVE). Mina also served as a Fellow with the United States Military Academy at West Point Center for the Study of Civil-Military Operations, where she developed community-focused programs in humanitarian and disaster response. 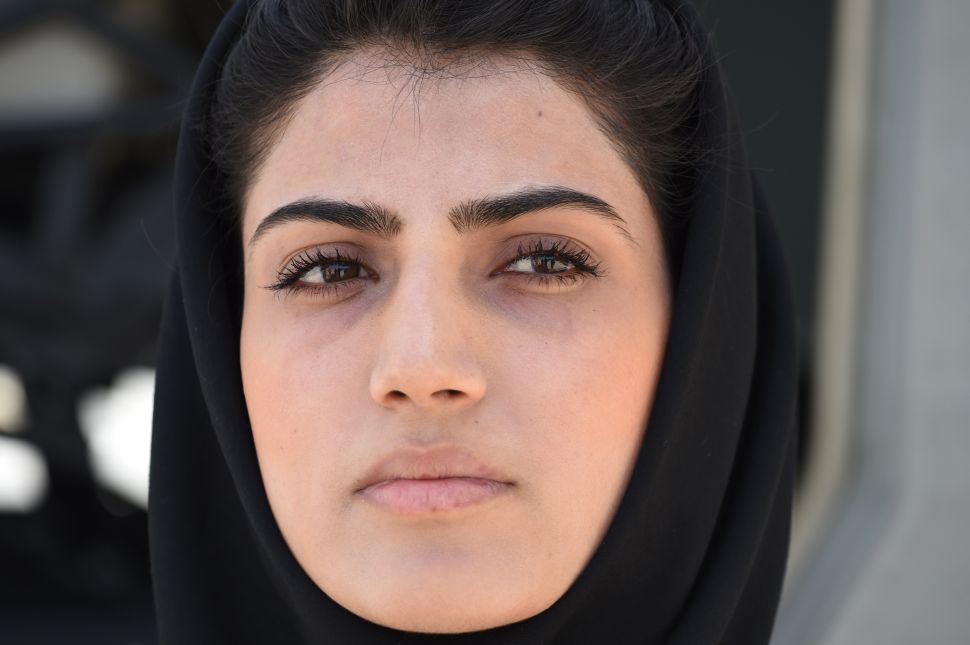