From smiley faces to hearts to poop, emojis have become a ubiquitous part of text messages and Facebook statuses. And for the past few years, they’ve even had their own holiday—today is the fourth annual World Emoji Day. It’s on this day in particular because July 17 is the default date on Apple’s calendar emoji.

The stickers are especially popular on Facebook—more than 60 million emojis are used on Facebook each day, and over five billion are used on Messenger. The most popular emojis on the social network include face with tears of joy, smiling face with heart-shaped eyes and face throwing a kiss.

World Emoji Day promotions are going into overdrive this year (and lasting the whole month of July) because Sony’s The Emoji Movie will be released July 28. In fact, Facebook recently released a pack of 16 stickers featuring the film’s characters.

Snapchat is also launching an Emoji Movie Snapchat Lens, which will let users pose as three of the most popular emojis: Cat With Heart Eyes, Poop or Meh Face. And Candy Crush will give fans an exclusive first-look at in-game challenges inspired by The Emoji Movie.

Sony is also taking over MovieTickets.com to celebrate tickets for The Emoji Movie going on sale. The film’s stars Maya Rudolph, Jake T. Austin and Patrick Stewart (who plays the poop emoji—yes, really) will appear on Good Morning America, and the film’s cast and crew will also ring the closing bell at the New York Stock Exchange. Finally, the cast will light the Empire State Building yellow with Oath for Good and Girls Who Code.

As if that wasn’t enough, Saks Fifth Avenue recently unveiled Emoji Movie window displays in several of its stores—the emoji-inspired fashion and accessories were curated by designer Jason Wu.

Not everything emoji-related has to do with the movie, though: the creative advertising startup Bad Apps recently unveiled meeG, an app that turns your selfies into emojis. It also crops, sizes and personalizes the cartoons before they attach to messages. Users can download meeG to their smartphone or table, install the keyboard and then create a meeG library.

“Why send an emoji of Amber Rose when you can send one of yourself?” Bad Apps president and creative director Daniel Wolfe said in a release. 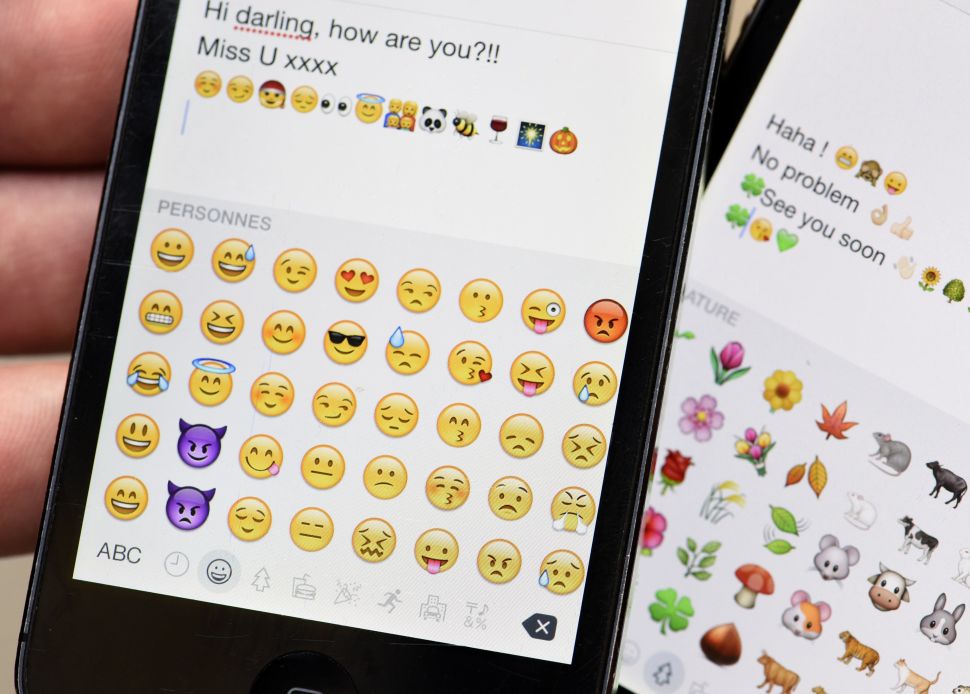