This new web show hits a little too close to home.

New York comedian Jeff Cerulli has released the pilot of a new webseries called “The Feed.” It’s about a Facebook user named Jeff (played by Cerulli) who becomes so enamored with the likes he gets posting about the 2016 presidential election that he decides to make his Facebook feed his career (kind of).

“When I started this, I didn’t set out to change the world, it just kind of happened,” Cerulli’s character Jeff says at the pilot’s opening. “And while I’ll never shy away from the responsibility, there’s definitely a lot of pressure with running your own Facebook news feed.”

The comedy sends up this idea that some people seem to have about their feed that sharing stories with biting summaries and sparking conversation between people who don’t really know each other moves the world.

For journalists, it touches on this deeper fear that news creation really is devolving into an activity that takes place on Facebook (or Twitter or Reddit) rather than in newsrooms with layers of accountability between the reporter and the public (not to mention some hard-earned institutional knowledge).

In a nod to actual newsrooms around the world, there are a couple instances in the pilot when Jeff talks about “breaking” stories. He means that he was the first to share something published by a major news site. Too surreal.

This weekend, The New York Times‘ Mediator column wrote about an effort by the News Media Alliance, a network of most of what’s left of the newspaper industry, to win collective bargaining rights in negotiations with Google and Facebook about use of their content. Usually, if an entire industry gets together to leverage prices, that’s considered a cartel. In this case, though, newspapers hope they can get Congress to agree that they need a limited exemption just to make deals with the two giants before they finish destroying the industry.

As news has moved online, advertising has become the main source of revenue for news producers (in print, they had significant subscription revenue as well), but the lion’s share of growth in advertising revenue has been going to the duopoly of Facebook and Google. In this zero sum game, newsrooms are losing.

Yet the value of Facebook and Google would (probably) drop precipitously if no one was doing any real reporting, and the News Media Alliance hopes it can get Congress to agree—which is uncertain. It turns out that an informed citizenry has become controversial.

Without institutional newsrooms, citizens of the world won’t know what powerful people are doing. Reporting might become nothing more than a glorified hobby that millions of people do in tiny bits, and all those bits just get posted straight onto Facebook.

That’s the deeper future that “The Feed” hints at, making it a scary comedy. Its first season will run six episodes, releasing weekly starting July 25. 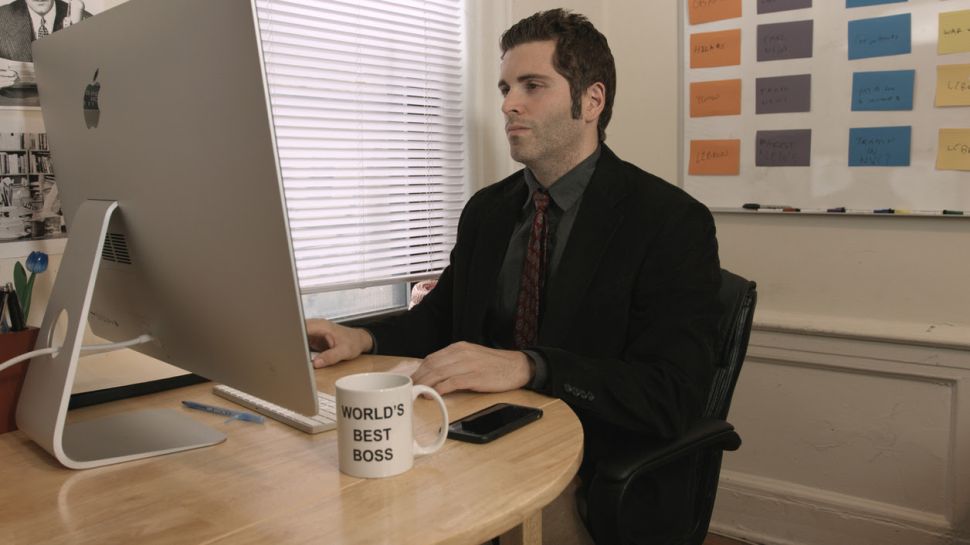