A few facts for you.

First Fact: At some point during evolution between plankton and Bon Jovi, apes evolved the ability to become emotionally attached to one another. This emotional attachment would eventually come to be known as “love” and evolution would one day produce a bevy of singers from New Jersey who would make millions writing cheesy songs about it.

Fourth Fact: Let’s all take a moment and thank evolution for Netflix.

Fifth Fact: The ancient Greek philosopher Plato argued that the highest form of love was actually this non-sexual, non-romantic form of attachment to another person, this so-called “brotherly love.” Plato reasoned (correctly) that since passion and romance and sex often make us do ridiculous things that we regret, this sort of passionless love between two family members or between two close friends was the height of virtuous human experience. In fact, Plato, like most people in the ancient world, looked upon romantic love with skepticism, if not absolute horror.

Sixth Fact: As with most things, Plato got it right before anybody else did. And this is why non-sexual love is often referred to as “platonic love.”

Seventh Fact: For most of human history, romantic love was looked upon as a kind of sickness. And if you think about it, it’s not hard to figure out why: romantic love causes people (especially young people) to do some stupid shit. Trust me. One time when I was 21, I skipped class, bought a bus ticket, and rode across three states to surprise a girl I was in love with. She freaked out and I was soon back on a bus heading home, just as single as when I came. What an idiot.

That bus ride seemed like a great idea at the time because it seemed like such a romantic idea. My emotions were going crazy the whole time. I was lost in a fantasy world and loving it. But now it’s just sort of an embarrassing thing I did back when I was young and dumb and didn’t know any better.

It’s this sort of poor decision making that made the ancients skeptical of romantic love’s utility. Instead, many cultures treated it as some sort of unfortunate disease we all have to go through and get over in our lives, kind of like chickenpox. In fact, classic stories like The Iliad or Romeo and Juliet weren’t celebrations of love. They were warnings against the potential negative consequences of love, of how romantic love can potentially ruin everything.

See, for most of human history, people didn’t marry because of their feelings for one another. Feelings didn’t matter in the ancient world.

Because fuck feelings, there are fields to plow and cows to feed and holy crap Attila the Hun just massacred your entire extended family the next village over.

There was no time for romance. And certainly no tolerance for the risky behaviors it encouraged among people. There was too much life-or-death work to be accomplished. Marriage was meant for baby-making and sound finances. Romantic love, if permitted at all, was reserved for the heady realm of mistresses and fuckboys.

For most of human history, for the majority of humanity, their sustenance and survival hung by a tiny thread. People had shorter life expectancies than my mother’s cats. Everything you did had to be done for the simple sake of survival. Marriages were arranged by families not because they liked each other, and especially not because they loved each other, but because their farms went together nicely, and the families could share some wheat or barley when the next flood or drought hit.

Marriages were a purely economic arrangement designed to promote the survival and prosperity of both extended families. So if Junior gets the tingles in his pants and wants to run away with the milkmaid across town, this wasn’t just an inconvenience, this was a legitimate threat to the community’s survival. And it was treated as such. In fact, this kind of behavior was so treacherous in young men that most ancient societies cut a lot of young boy’s balls off so they wouldn’t have to deal with their philandering. This had a side-benefit of producing excellent-sounding boys’ choirs.

It wasn’t until the industrial age that things began to change. People began to take up work in city centers and factories. Their income, and thus their economic future, became untied to the land and they were able to make money independent of their family. They didn’t have to rely on inheritances or family connections the way people did in the ancient world, and so the economic and political components of marriage ceased to make much sense.

The new economic realities of the 19th century then cross-pollinated with the ideas that emerged from the Enlightenment about individual rights and the pursuit of happiness, and the result was a full-blown Age of Romanticism. Fuck the cattle, it was the 1800s and people’s feelings suddenly mattered. The new ideal was not only to marry for love but that that love was to live on in bliss for all of the eternity. Thus, it wasn’t until the relatively recent 150 years ago that the ever-popular “happily ever after” ideal was born.

Then the 20th century rolled around, and in between Hitler and a few genocides, Hollywood and ad agencies grabbed hold of the “happily ever after” fantasy and beat it to death over the next 100 years.

The point here is that romance and all of the weight we tend to put on it is a modern invention, and primarily promoted and marketed by a bunch of businessmen who realized it will get you to pay for movie tickets and/or a new piece of jewelry. As Don Draper once said, “What you call love was invented by guys like me to sell nylons.”

But romantic love, and love in general, is far more complicated than we’ve been led to believe by Hollywood movies or jewelry store ads. Nowhere do we hear that love can be unsexy drudgery. Or that love can sometimes be unpleasant or even painful, that it could potentially even be something we don’t want to feel at times. Or that love requires self-discipline and a certain amount of sustained effort over the course of years, decades, a lifetime.

These truths are not exciting. Nor do they sell well.

The painful truth about love is that the real work of a relationship begins after the curtain closes and the credits roll. The real work of a relationship is all the boring, dreary, unsexy things that nobody else sees or appreciates. Like most things in the media, the portrayal of love in pop culture is limited to the highlight reel. All the nuance and complexities of actual living through a relationship is swept away to make room for the exciting headline, the unjust separation, the crazy plot twist, and of course everyone’s favorite happy ending.

Most of us have been so inundated by these messages throughout our entire lives that we have come to mistake the excitement and drama of romance for the whole relationship itself. When we’re swept up by romance, we can’t imagine anything could possibly go wrong between us and our partner. We can’t see their faults or failures, all we see is their limitless potential and possibility.

This is not love. This is a delusion. And like most delusions, things usually don’t end well.

Which brings me to the eighth fact: Just because you love somebody doesn’t mean you should be with them.

It’s possible to fall in love with somebody who doesn’t treat us well, who makes us feel worse about ourselves, who doesn’t hold the same respect for us as we do for them, or who has such a dysfunctional life themselves that they threaten to pull us underwater and drown with them.

It’s possible to fall in love with somebody who has different ambitions or life goals that are contradictory to our own, who holds different philosophical beliefs or worldviews or whose life path merely weaves in the opposite direction at an inopportune time.

It’s possible to fall in love with somebody who sucks for us and our happiness.

This is why throughout most of human history, marriage was arranged by the parents. Because they were the ones with some objective perspective on whether their kid was marrying a fuckface or not.

But in the past few centuries, since young people were able to choose their partners themselves (which is a good thing), they instinctively overestimated love’s ability to overcome whatever issues or problems were present in their relationships (which is a bad thing).

This is the definition of a toxic or unhealthy relationship: people who don’t love each other for the person they are, but rather love each other in hopes that their feelings with each other will fill some horribly empty hole in their soul.

Ninth fact: With greater personal freedom comes a greater requirement for personal responsibility and understanding. And it’s 100 years later and we’re just now gaining the ability to grapple with the responsibilities love brings with it.

Because they don’t know any better. Or they’re afraid of the vulnerability required to love someone selflessly and healthily.

A few centuries ago, people hated romantic love. They were afraid of it, skeptical of its power and weary of its ability to tilt everyone it touched into making bad choices.

A couple centuries ago, free from the confines of the farm and mom and dad’s approving or disapproving hand, people then overestimated love. They idealized it and willed it to wash away all of their problems and pain forever.

But people are just now starting to figure out that while love is great, that by itself, love is not enough.

Nobody talks about the fact that greater personal freedom grants greater opportunities to fuck things up. And it creates greater opportunities to hurt other people. The great liberation of romantic love has brought incredible life experiences into the world. But it’s also brought the necessity for a realistic, honest approach to relationships that accommodates the painful realities of spending a life together.

Some people say in this age of ghosting and swipe-right, that romance is dead. Romance is not dead. It’s merely being postponed — relegated to a safe space where both people need to build a certain degree of comfort and trust before they go bleeding-heart bonkers for one another. 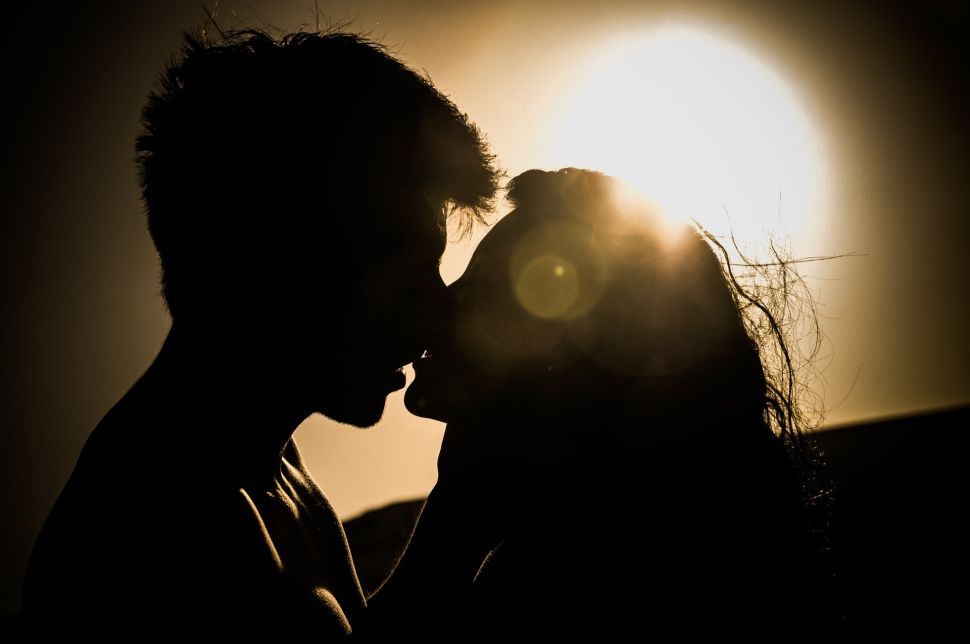