You don’t have to be 15 years old to know that memes are a dominant form of online culture right now, with the power to make or break politicians, to acquire millions of followers and introduce new words and themes into the lexicon. For a long time, memes have been either hobbies or the sort of accidental, anonymous creations of online communities. But today there is increasingly the breed of meme artist and influencer—the type who can consistently produce ephemeral content that somehow becomes more than just ephemeral. One of the first people who has realized—and seized—the potential of the medium is Ka5sh, “a professional meme-maker,” as NBC News has called hm. Ka5sh has developed a fingertip feel of internet culture and has become one of the most influential, if not one of the better known, meme accounts. His memes have gone viral (with some exceeding 35,000 likes on his account alone), as well as videos approaching 200,000 views. Those might not seem like huge numbers, but he seems to be an influencer of the influencers, with many celebrity followers and influence over many other popular and more mainstream accounts.

As part of these series of interviewing the media manipulators and shapers of our online culture, I reached out to ask him more about what it means to be paid to create memes, what is the process behind creating them, his personal favorites, other meme accounts he likes, the unspoken rules of the meme world and much more. Enjoy.

So the news is out that you’re “a professional meme maker.” Tell us how you got into this and about the moment when you thought, “Oh wow, I can actually get paid for this?”

Memes are just micro content. I learned about making memes through my friend Alfred English, who was really popular as a meme maker on Facebook in 2014. He was making memes as micro content to promote his music, and I realized that I wasn’t getting traffic to my page just promoting music, but if I posted memes, people would come to my page and then be more likely to listen to my music.

I first got asked to make some content for a brand for their Instagram earlier this year, and I made like 3 memes for them and got paid. That was when I knew I never wanted to work a regular 9-5 again.

For people who have never seen your work before, are there a few favorites that you’d show them? Are there any that they’ve probably seen and wouldn’t know were from you?

Hmmm, there’s a bunch I’ve made people have probably seen and don’t know it’s me because after awhile I stopped watermarking my memes. People would remake them and post them without my watermark and it would frustrate me so much…especially when I’d complain and people would say “it’s just memes”, so I just stopped one day and it feels better to not care haha.

I guess my favorite would be the whole “I fuck with the vision let’s link I’m tryna build” meme I did!

What is it like to see something you’ve made get picked up all over the internet and become part of culture—if only for a few days? I’m curious how that compares to the rush of making and releasing music.

It’s wild! It’s so cool to hear a catchphrase you made or see a joke you made like all over the internet. I remember Pete Wentz was asking for a I Fuck With The Vision windbreaker. When a meme picks up like that, it can feel larger than life, but the internet moves so fast, that by the time a meme is peaking, I’m already looking for new ideas.

And in regards to rap it’s not as fast. Memes are able to be shared at lighting speed because it requires no effort to share a meme. Music is a little different—it takes time for it to go viral. The music’s gotta make its way around all the different subcultures of the internet to reach as many people as a meme can with a few clicks.

Do you have a sense for how these things spread? You have a lot of followers so I’m sure that helps, but is there a particularly secret for getting your stuff going?

It’s all about knowing the trends—knowing what’s funny and what everyone collectively feels about certain things. Once you’re on the internet for as long as I have been you start picking up on people’s internet behavior and you’re able to make jokes based on that, and see what trends are about to blow up….Or in my case I just make stuff I think is funny and just drill it into you until you think it’s funny too.

Is there a relationship between hip hop—which is all about mashing things together, creating new words, new trends, and always evolving—and this new world of memes and meme creation?

Talk to us about ownership and control and all that in meme creation because a few accounts like the Fat Jew have gotten in trouble obviously. My own dog has been featured on multiple well-known Instagram accounts for some reason. Are there general ethics you try to operate by? Are there unwritten rules?

There are definitely some unwritten rules — I’ve been trying to get better with using actual people in memes. I used to go lurking in random people’s Facebooks for reaction pictures because normal people are funny to me but I forget that these are still people and their lives are affected by these memes. I’ve gone back to accounts of people I used in memes and seen them get cyber bullied to hell because of me using their picture for my joke, and that’s not something I want to be a part of.

There’s also the unspoken rule in the meme world that you always credit if you can. Like, if you find a meme and it’s got a watermark, just tag the original creator in it. And if someone asks to be tagged, just do it if it’s their original content. Don’t be like the Fat Jew just stealing everyone’s shit. It’s lame.

In this column, I talk to people who are extremely good at getting attention for themselves in today’s media environment. For instance, you get hired by companies to create buzz around their clients. What have you learned that you think creators and agencies and companies are still way behind the ball on?

I think all companies whose audiences are centered around teens and young adults should be hiring weird fringe internet kids to run their socials. Stop hiring some dumb post-grad who doesn’t know anything about internet culture, and having them make corny cringe worthy content. Hire the people that are actually living their internet personas, and are innovating youth culture.

Aside from your own Instagram account, who are some meme creators who you’d recommend and who inspire you?

Oooo this is always a hard one because if I leave someone out they will be pissed but if I forgot you, I’m sorry ily.

You recently had an art show. What is next for you? What projects are you excited about?

I think I’m gonna do more art shows. The last two have done pretty well – the first show, By Any Memes Necessary, was the first meme-focused art show ever, bringing internet memes into a tangible gallery format, and the second show, Peaches: A Black Internet Experience allowed me and my co curators, Brute Fact, to give a platform to 19 different Black artists and digital content creators, with the support of a Black Owned Business as a sponsor. Art shows have been allowing me to put on other people whose ideas and art I think deserves attention. It’s been a way to create a real-life community around my ideas.

I have more music coming out too. I’m getting ready to drop a few pairs of singles over the rest of 2017.

I also started hosting a party called Swipe Right. It’s a monthly singles dance party I’m doing with comedian Alison Stevenson. The idea is that it’s a party to meet up with your Tinder date at, to make Tinder less weird, and less scary. (Tinder, if you’re reading this, sponsor our party). I’m also exploring opportunities acting, on reality TV (I have a TV show with VICELAND coming out this fall called Hollywood Love Story), and creating content both with, and for youth oriented brands.

Unpacking the Absurd Logic of Cultural Appropriation—and What It Will Cost Us
I Helped Create the Milo Trolling Playbook. You Should Stop Playing Right Into It.
These Books Explain the Media Nightmare We Are Supposedly Living In
It’s Time for the Media to Do Something About Its Shameful HelpAReporterOut Problem
How the Online ‘Diversity Police’ Defeat Themselves, and Leave Us All Much Worse Off
We Are Living in a Post-Shame World—And That’s Not a Good Thing
We Don’t Have a Fake News Problem—We Are the Fake News Problem
Want to Really Make America Great Again? Stop Reading the News.
Exclusive Interview: How This Right-Wing ‘Troll’ Reaches 100M People a Month
The Real Reason We Need to Stop Trying to Protect Everyone’s Feelings 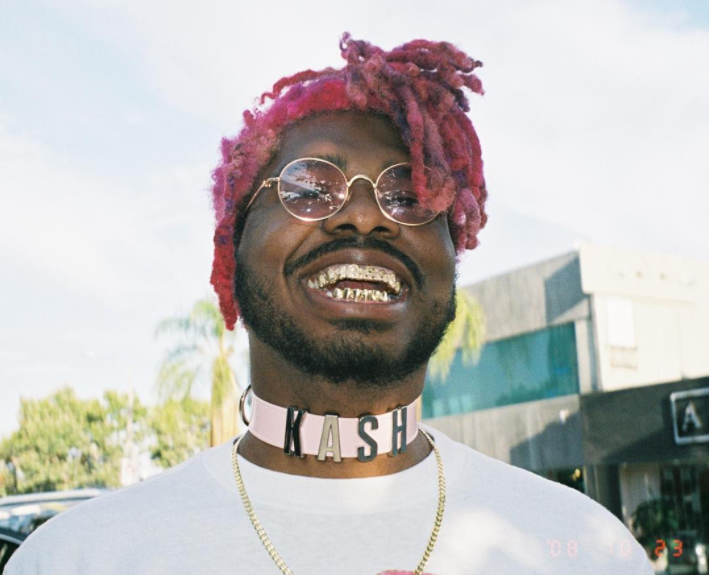