In a series of recent tweets, Donald Trump proposed to ban transgender people from serving in the U.S. military. This proposal would reverse the inclusive policies introduced during the Obama regime. Trump’s decision was, he claims, based on the burdensome medical costs and disruption that accommodating transgender people in the military has allegedly caused.

Trump’s tweets put me, as a classics scholar, in mind of a rather obscure fable thought to be written in early imperial Rome by one of the Emperor Augustus’ freed slaves, Phaedrus. In this tale, a barbarian is threatening the troops of the military leader, Pompey the Great. All are afraid to challenge this fierce opponent until a “cinaedus” steps forward to volunteer for combat.

Although foreign to us moderns, the cinaedus was a familiar figure to ancient Greeks and Romans, whose identity raised concerns about gender.

The cinaedus and the commander-in-chief

The cinaedus was frequently mentioned in classical sources due to his brazen effeminacy, untoward sexual behavior (most often a “shocking” desire to be anally penetrated by other men), and the ambiguous status of his genitalia.

This figure was first mentioned by Plato in the fourth century B.C., who says little more than that the cinaedus’ life was terrible, base and miserable. Other classical authors provide more detail.

Martial, a Roman poet writing in the first century A.D., for instance, describes a cinaedus’ dysfunctional penis as like a “soggy leather strap” in one epigram. In the same century, the Roman novelist Petronius has a cinaedus suggest that both he and his fellows have had their genitals removed.

In Phaedrus’ fable, the “cinaedus” is described as a soldier of great size but with a cracked voice and mincing walk. After pleading permission in a stereotypically lisping manner from Pompey, his commander-in-chief, the cinaedus steps into battle. He quickly severs the barbarian’s head and, with army agog, is summarily rewarded by Pompey.

What the cinaedus reveals about today

Hold Phaedrus’ fable up and some easy similarities stand out with the situation today. The cinaedus is comparable to a contemporary trans person in that their expression of gender does not match the norms that their society – whether ancient or modern – expects of their sex as assigned at birth.

Both the tweets and the fable display discomfort with the idea of gender-ambiguous fighters, regardless of any true situation on the ground. And while Trump professes exclusion of transgender people on grounds of financial cost and disruption, Phaedrus is a little more open about his motivations.

In Phaedrus’ fable, the cinaedus is untrustworthy. He is described as having stolen valuables from Pompey and then later swears on oath that he hasn’t. A clear connection is made between gender “deception” and treacherous behavior.

This, I believe, is the same unfounded gender panic that Trump is drawing on to appeal to his traditional support base.

Such consistency in attitudes across millennia is rather depressing. Some points in redress, however, are worth considering.

There are notable differences between a cinaedus and a trans person. The cinaedus was thought of as male, albeit with questionable masculinity. He is only ever described as being effeminate, never as identifying with, or living as, the opposite gender.

In my own work, I use the term “gender diversity” to point out loose, but still meaningful, connections between the ancient cinaedus with both modern trans people and others included under the LGBTQI+ umbrella.

The wide variety of effeminate men, masculine women, eunuchs and intersex individuals mentioned in classical sources suggests a breadth of experiences was possible outside of traditional gender norms.

There is some evidence of female masculinity in antiquity. The mythical women warriors of Greek mythology, the Amazons, might actually have had some basis in historical fact. In his book “Postcolonial Amazons,” scholar of ancient Greek Walter Penrose demonstrates that warrior women were prevalent and highly valued both in Scythian and ancient Indian cultures.

And although classical scholars have debated whether any actual individual in antiquity ever embraced the stigma of being openly called a cinaedus, a series of tax receipts, letters and temple inscriptions from Greco-Roman Egypt do document men who were identified and notably identified themselves using this term.

Being trans and surviving adversity

The cinaedus has a long and persistent history. Being a topic of interest for writers from Plato in the fourth century B.C. through to Byzantine authors in the 11th century A.D., he is truly a survivor.

Like the victorious soldier cinaedus, they can confound expectations and achieve results in some of the most extremely adverse situations. 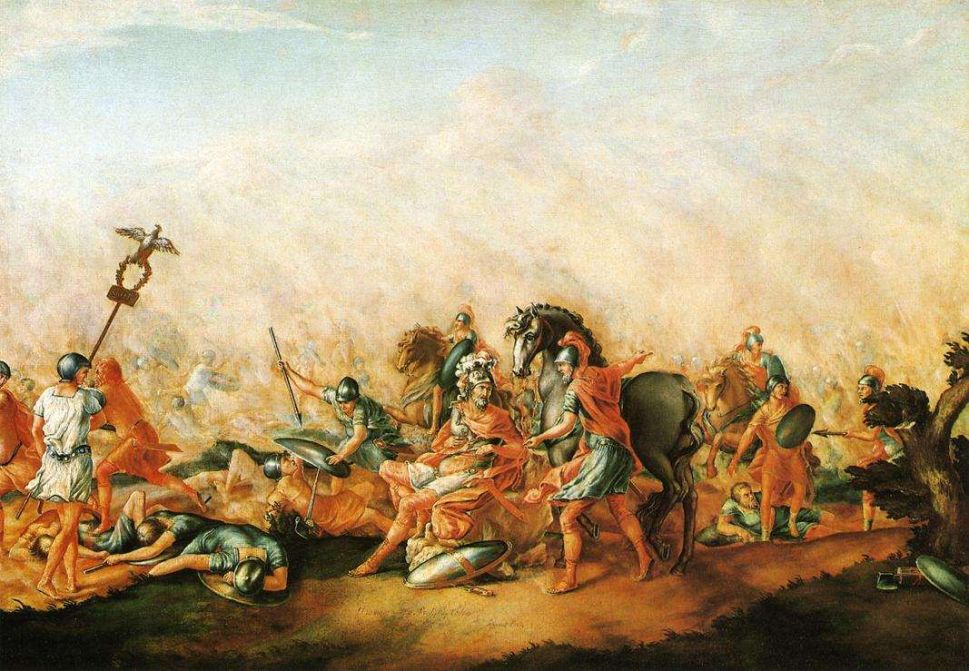