One of the best things about Twitter is that it provides celebrities with a platform to share their unfiltered opinions and critiques with the world, which are then thoroughly enjoyed by fans like us. Such was the case Sunday night when singer Adam Levine described the MTV Video Music Awards as “utterly horrible.” Shots fired.

It's always exciting to see how utterly horrible the VMAs will be. They really delivered so far this year. #HOLYFUCK

The tweet came after the telecast cut short the performance of Best New Artist nominee Julia Michaels. Levine continued to harp on that fact as he slammed the awards show repeatedly. Earlier in the night, he had urged his followers to vote for Michaels though we’re not sure how his reaction might’ve helped her chances.

Levine’s wife, Behati Prinsloo, also got in on the action. You know what they say about the couples that tweet together.

Wow @vmas thanks for talking over then cutting to commercial half way through #juliamichaels performance. #votejuliamichaels

Levine’s band, Maroon 5, previously won the Best New Artist award at the MTV Video Music Awards in 2004. Overall, the band has been nominated for five awards with their last coming in 2015 for “Sugar” in the best pop video category. Levine has been busy promoting their new album, What Lovers Do, which features SZA who was also nominated for Best New Artist. But when the category came up on Sunday night, it was Khalid who walked away with the top prize. 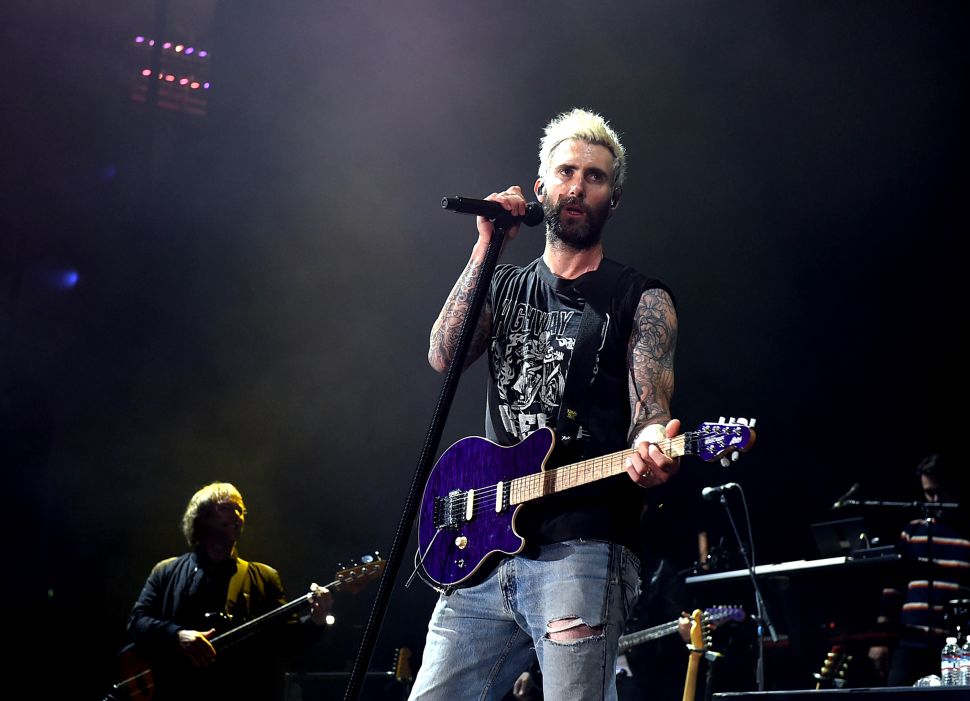