Last week, President Donald Trump defied expectations and announced that he would declare the United States’ opioid crisis a “national emergency.” While it was a political move, it’s up for interpretation if it was motivated by his personal experiences. Trump has been open about his older brother’s alcoholism. Fred Trump was only 42 years old when he died. Fred’s advice never to drink is why his kid brother has always been a teetotaler who urges his own children and grandchildren not to consume alcohol.

There is widespread recognition that addiction is a problem of epic proportions in America. But the successful route to treatment is as misunderstood as it is debated.

“It’s important to understand that you can’t treat addiction in isolation,” says Dr. Harris Stratyner, Ph.D, of Caron Treatment Centers. “Co-occurring behavioral issues such as depression, anxiety and pain are among many others that need to be addressed in order to create a successful recovery plan.” He disputes western culture’s long-held perception that those who abuse substances are merely selfish party lovers. “Addiction is not a moral failing,” Dr. Stratyner says. “It is a complex disease requiring a comprehensive, multi-pronged and evidence-based approach to treatment and recovery.”

Dr. Frederick Woolverton, founder and director of The Village Institute for Psychotherapy, agrees. He asserts that whether it is a substance like alcohol or a process like gambling, the specific habit is merely a symptom of underlying chaos and fear. Dr. Woolverton, who decades ago recovered from his own addiction to smoking, attributes that need for soothing to untreated trauma.

“We usually think of trauma as a single, explosive isolated event such as 9/11,” he says. “But it can also be a series of related events. In my case, it was growing up with an abusive, alcoholic parent.” Consequently, Dr. Woolverton has identified trauma as the one commonality of all addictions. “Addicts have big feelings that cannot be managed because they have never been taught to manage them. So they turn to external sources—drugs, alcohol, and so on—to manage these big feelings. They cannot stand being themselves; substances help them feel like they are someone else.”

With locations in New York City’s East Village and Fayetteville, Ark., Dr. Woolverton and his team of clinicians treat addicts of all varieties. He is adamant that there is no segment of the population that is more or less susceptible to self-treating trauma with addictions. “People with this kind of trauma are controlled by their own tortured psychology,” he says. “They feel unsafe, bad, defective, wrong and inadequate. It strikes regardless of vocation, social standing, education, success, race or gender.”

“Addiction doesn’t discriminate,” agrees Rabbi Yaacov Behrman of drug and alcohol abuse prevention program Operation Survival, a project of the National Committee for Furtherance of Jewish Education. Behrman, the group’s program director, thinks religious Jews might be at an inherent cultural disadvantage in awareness about recovery. He cites a lack of culturally appropriate, evidence-based programs available to the Orthodox community, as well as a decreased likelihood of being exposed to personal stories of addicts achieving sobriety. Operation Survival works with the Jewish and African-American communities in Crown Heights, Brooklyn, to raise awareness and help erode the stigma associated with addiction.

That stigma is not unique to the Jewish community; it is near-universal. But breaking it presents a significant challenge. Twelve Step programs, through which millions of people have achieved sobriety, are deliberately structured without rules. For example, Alcoholics Anonymous’ foundational literature states, “The only requirement for A.A. membership is a desire to stop drinking.” What individual members choose to do is up to them, though official Twelve Step guidance includes a written tradition that anonymity be maintained at the level of public media.

Caron has engaged prominent recovered addicts and alcoholics, such as former Congressman Patrick Kennedy and his cousin, author Christopher Kennedy Lawford, as public advocates. Former Miss USA Tara Conner, whose alcoholism and drug addiction were outed by gossip site TMZ during her reign, also helps Caron as an advocacy consultant. Her recovery began when Trump, then-owner of the pageant’s umbrella organization, decided to give her a second chance. He paid for Conner to go to one of Caron’s rehab centers, where she embarked on the decade of continuous sobriety she now enjoys.

“When I got sober, I faced the stigma of addiction and mental illness head-on,” Conner said in a recent interview with Fox News. “I was a walking target, and even now, over a decade sober, I still get shamed on a daily basis. I’ve said this many times before, but I wasn’t a bad person that needed to be good. I was a sick person that needed to get well,” she asserts. “My addiction was in full force at 14-years-old. My brain wasn’t fully developed, yet people were claiming that I chose that life.”

Such unforgiving, misguided attitudes are an excruciating reality for addicts laboring to get and stay sober. “Caron strongly encourages those in a stable place in their recovery to share their stories in a way that is comfortable and safe for them,” Dr. Stratyner says. “We know that when individuals and families speak about their recovery journey, they help reduce shame and stigma and encourage hope. Additionally, personal stories can help educate people about signs and symptoms of addiction and what to look for in a treatment facility.”

Treatment, however, is just the beginning of an addict’s path to sustained recovery. That’s one of the reasons Dr. Woolverton thinks Trump’s stated aim to throw money at the problem is unlikely to work.

“I would want President Trump to know that you cannot ‘cure’ a drug problem, opioid crisis included, through the legal system,” he says. “Substance abusers need to have not only a well thought-out plan to stop using, they also need treatment for the underlying causes of substance abuse, namely, trauma. If substance abuse is treated as a free-standing problem, relapse is almost inevitable.”

Even if they are provided best-in-class care in rehab, freshly sober addicts are often overwhelmed by the prospect of integrating back into life outside of a residential therapeutic setting. This bridge between intense addiction treatment and a responsible life of recovery is perhaps the weakest element of current attempts to help addicts recover. “The area of post-rehab is in dismal shape generally. That is why so many people relapse,” says Dr. Woolverton.

The lack of therapeutic options for Jewish addicts is what prompted the creation of Derech Transitional Living, a new transitional living facility for adults in early sobriety. Derech, described by Woolverton as “particularly unique,” is the first facility of its kind. Launched in Atlanta this year, the program provides a structured, supportive environment for recovering addicts who are newly sober. This includes housing in a nondescript apartment complex, vocational support, and clinical services from one of only two Jewish intensive outpatient treatment centers in America, The Berman Center. While some residential rehabs offer post-treatment sober living, none offer a full transition from early sobriety to independent living, built on the basis of Judaism.

That foundation in Jewish values doesn’t mean Derech turns away those who aren’t religious. “We embrace Jews from across the full spectrum of observance, from disillusioned to fully observant,” says Yaakov Litvin, Derech’s program director and administrator. “There are no mandatory religious practices. But we can also serve those who wish to keep kosher, attend services, and consult with our on-staff rabbi.” Despite being so recently founded, Derech has already fielded inquiries from Jewish leaders across America who are eager to bring its model to their communities.

Some posit that this demand comes from the family-oriented nature of the Jewish community and a recognition that one person’s addiction afflicts entire families. In Adult Children of Alcoholics, author Janet Woititz writes, “Family members get caught up in the consequences of the illness and become emotionally ill themselves.”

Hundreds of millions of dollars have been spent on research so far, much of it in search of a medical cure for addiction. Even if those ambitions were realized, the cured addict would still be faced with a seemingly overwhelming amount of personal wreckage to address.

Experts agree that the havoc inflicted by addiction—on individuals, families and entire communities—affects multiple future generations. This is exacerbated by what can be an unpredictable route to sustained recovery. Many addicts will relapse at least once before they are able to claim the accomplishment of long-term sobriety. In the absence of a medical cure, a life free from addiction requires daily work.

“Contrary to popular misconception, addiction isn’t a problem,” says Rabbi Shais Taub, a self-described “recovery rabbi” and author of God of Our Understanding: Jewish Spirituality and Recovery from Addiction. “Addiction is actually a solution. It’s a vicious, brutal, devastating solution, but a solution nonetheless. And if that’s all you’ve got to work with, then you will always come back to it no matter what.” That’s why clinicians like Dr. Woolverton emphasize that ongoing, daily use of recovery tools—such as attending support meetings and helping others—is essential to maintaining sobriety and a general sense of well-being.

Ernest Kurtz, the late academic and author of Not-God, wrote, “In a very real sense, [addict] is but ‘human being’ writ large.” Even if scientists discover a panacea capable of removing chemical dependency on drugs or alcohol, addiction has troubling, harmful components other than body chemistry.

Unless the dreamed-of medical intervention also includes complete immunity from the flaws and character defects inherent in all humans, that cure will still leave a lot of work for the newly sober person to do. If they don’t, their “rock bottom” will prove to have endless trap doors. And the sooner Americans from all communities truly comprehend the cunning, baffling, and powerful nature of addiction, the sooner we will rebound from our own, collective rock bottom.

Jackie Danicki is a regular contributor to the Observer. She is a member of the Derech Transitional Living advisory board. 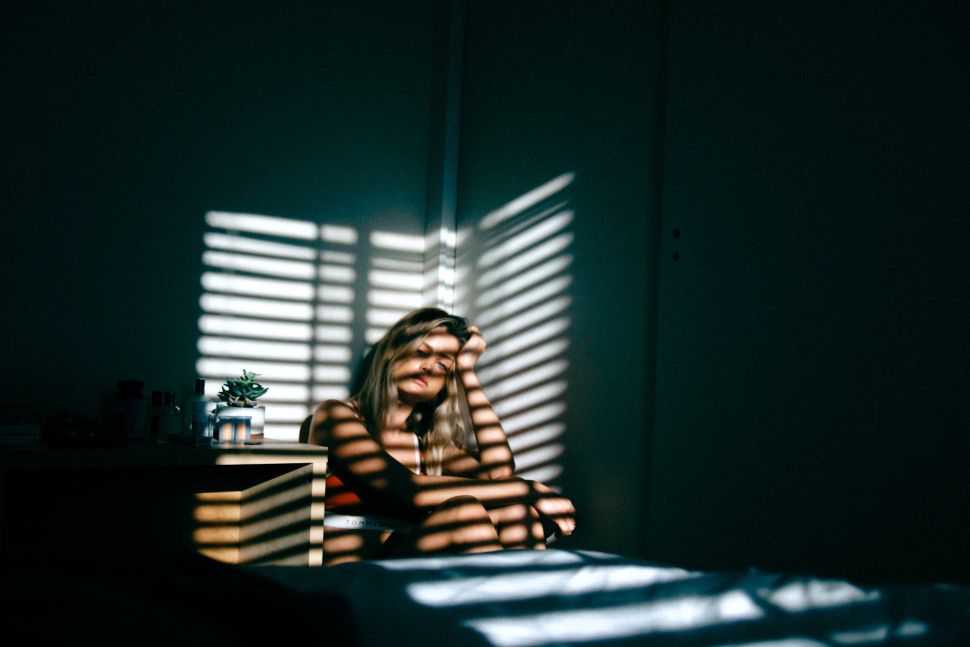