Hurricane Harvey was the most powerful hurricane to strike the U.S. mainland since Hurricane Wilma in 2005. It also was the strongest storm to hit Texas since 1961’s Hurricane Carla.

Although Harvey quickly was downgraded to a tropical storm, it has caused severe damage to the Texas coast, including unprecedented flooding in Houston. As of this writing, the death toll stands at 30 with thousands displaced from their homes.

Many communities in Harvey’s path issued mandatory or voluntary evacuation orders. Some residents obeyed these orders and moved to shelters. But as in other recent disasters, many chose to stay in their houses and became stranded as waters rose.

We have studied perceptions of hurricane-related risks along the Gulf Coast and how they influence public support for flood management policies. What we have found is that residents have low motivation to take voluntary steps to reduce their risks before a storm unless they have timely, up-to-date information from trusted sources about how serious those risks are. Past experience with hurricanes also is an important factor. In the case of Harvey, we believe that many victims did not correctly perceive the risks they faced, and failed to anticipate or prepare adequately for this unprecedented catastrophe.

Previous studies have found that individuals’ past experience significantly affects their perceptions of hurricanes and their thinking about mitigating hazards and evacuating. The last two major hurricanes that hit Texas were Celia in 1970 and Carla in 1961, so vivid memories of catastrophic hurricanes have faded from many people’s minds.

As an example, a 2012 survey asked residents of four coastal counties in Texas (Kleberg, Neuces, Refugio and San Patricio), all of which were significantly affected by Hurricane Harvey, about their perceptions of changing patterns of hurricane frequency and strength, coastal levels and flooding amounts. A majority of respondents thought that the trajectory of these coastal hazards had remained constant or decreased, when in fact many experts believe that climate change is increasing these coastal risks.

In our own studies, we have found that maximum wind speed associated with the last landfall is the most powerful predictor of how coastal residents perceive changes in hurricane strength along the Gulf Coast. People who experienced higher maximum wind speeds in the last hurricane landfall are more likely to think hurricanes are becoming stronger.

is also a major threat to life and properties. Storm surge flooding can cause substantial damage, as we saw when Superstorm Sandy inundated lower Manhattan in 2012. Although coastal residents may not directly relate storm surge to their perceptions of hurricane strength, the power of storm surge can be reflected in perceptions of coastal flooding. The study found that people perceived more flooding if the peak storm surge height was higher in the previous hurricane.

Overall, it appears that the strength and impacts of the most recent hurricane tend to leave the deepest impression in coastal residents’ memories. We suspect that collective memory of extreme events from the distant past diminishes, and therefore has limited influence on risk perceptions, let alone on decisions and behaviors to cope with such risks.

Since risk perceptions have a powerful effect on risk reduction and mitigation decisions, we also investigated how risk perceptions impacted Gulf coastal residents’ support for two adaptation policies: providing incentives for relocation, and funding for educating residents about emergency planning and evacuation. We found that when people experienced severe weather conditions, such as high wind speeds and storm surges, their perception of risk grew along side their support for adaptation policies.

Specifically, individuals who have perceived increasing hurricane strength and flooding in the past are more likely to express support for policies such as providing incentives for relocation and funding for educating residents about emergency planning and evacuation. The fact that Texas Gulf Coast residents do not appear to have perceived increasing threats from hurricanes may explain why more people did not evacuate from the region ahead of Harvey.

Anticipating the next storm

Given the devastation Harvey has incurred among coastal residents in Texas, we expect that these communities will be shell-shocked in the foreseeable future. This heightened risk perception will translate into adaption and mitigation actions. If another big storm hits Texas in the near future, residents will be more ready. New Orleans, where local officials issued detailed instructions last week about preparing for Harvey, is a perfect example for Houston to follow.

Wanyun Shao is an Assistant Professor of Geography at Auburn University and Siyuan Xian is a PhD candidate in Civil and Environmental Engineering at Princeton University. This article was originally published on The Conversation. Read the original article. 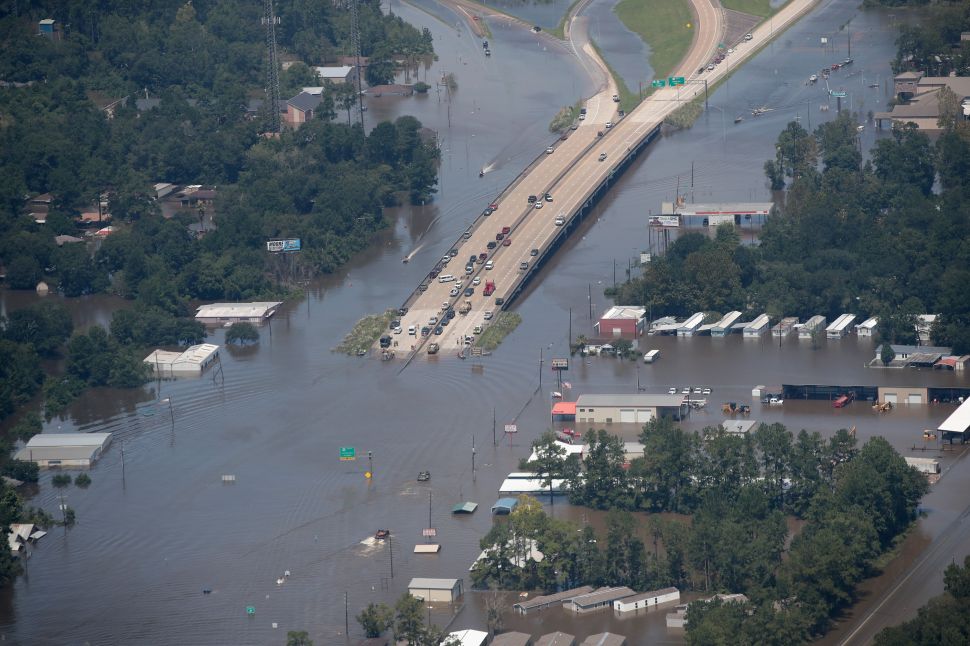