Earlier this year, when Public Art Fund announced that it would be presenting a project with Chinese artist and activist Ai Weiwei, they said it would be Weiwei’s largest and most ambitious project to date—a bold claim for a man known for making work on a global scale. Today in a news release that claim was validated as Public Art Fund revealed the full details of the massive, city-wide takeover, set to open on October 12.

The exhibition, titled Good Fences Make Good Neighbors, will be installed in over 300 locations in all five boroughs, ranging from iconic city landmarks like the Doris C. Freedman Plaza at Central Park, the Washington Square Arch, and the Unisphere in Queens, to lesser known, seemingly random spots like 48 East 7th Street, 189 Chrystie Street, 248 Bowery, and the Cooper Union campus. Additionally, Weiwei’s works—a combination of site-specific sculptural interventions and documentary photos taken by Ai himself—will appear at bus shelters (hosted by JCDecaux advertising) and news stands in Harlem and downtown Brooklyn, on LinkNYC kiosks and across some 200 lampposts throughout all boroughs.

The exhibition will center around the idea of the fence—as both boundary and barrier, simultaneously keeping people in and out. “With the rise of exclusionary attitudes towards migrants and refugees, many of whom are victims of war, Good Fences Make Good Neighbors aims to bring attention to the global refugee crisis, the history of migration, and the displacement of individuals,” Public Art Fund’s Director and Chief Curator, Nicholas Baume, told Observer.

It’s a theme that couldn’t be more timely, given the current socio-political climate. However, the project has been in the works for a surprisingly long time. “Weiwei and I began the conversation about an exhibition some seven years ago,” Baume said. “And while the concept has taken different forms, it’s always been about creating something new and special for the city. At the beginning, I don’t think either of us envisioned something quite this sprawling or ambitious, but his vision shows the power of public art to transform the urban environment while bringing attention to a global crisis.”

The work will engage with the infrastructure of the city itself, highlighting security fences, walls, and other overlooked features of the city landscape that embody this sense of division. It will also call into attention New York’s rich history of immigration and cross-cultural identities—a lineage that Weiwei himself is a part of, having lived in the city in the ’80s.

“In many ways, Good Fences Make Good Neighbors is the culmination of [Weiwei’s] work to date,” said Baum said in the release. “It grows out of his personal experience of otherness, his distinguished practice as both artist and architectural designer, as well as his intensive research on the international refugee crisis and global rise of nationalism. At the same time, his long and formative history with New York has been deeply influential in the development of this exhibition.”

Good Fences Make Good Neighbors marks the end of Public Art Fund’s 40th anniversary year. The installations will be free for everyone to enjoy, but Public Art Fund also launched a Kickstarter today, hoping to rally contributions. Donors are rewarded with items like a postcard set, T-shirt or tote bag for lower-level donations, or tickets to the opening night dinner for $10,000 or more. 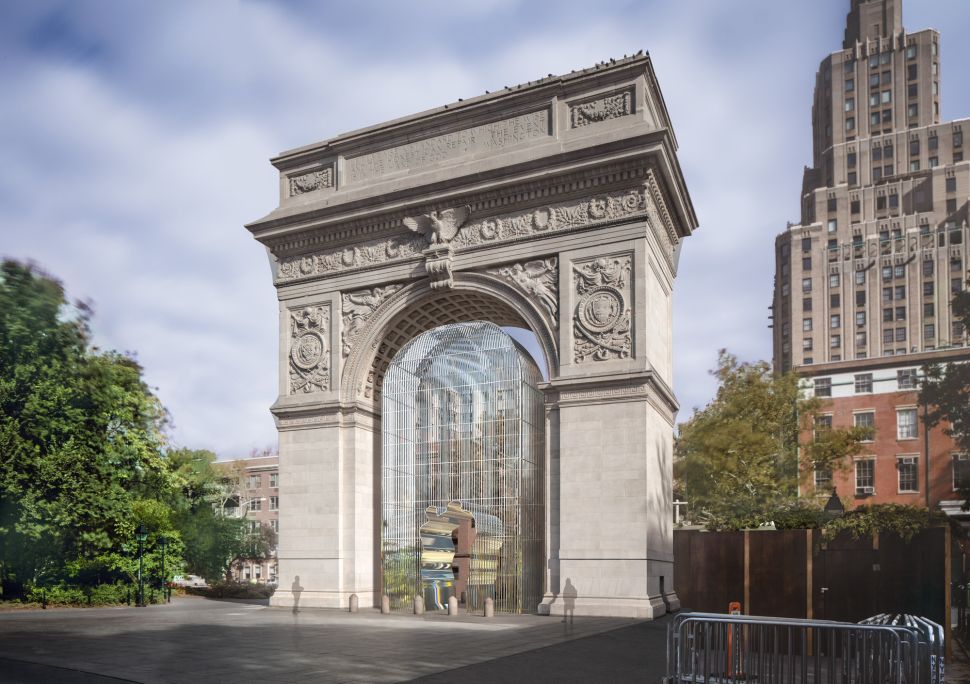