An obscure legal challenge in the Land of the Midnight Sun may join a recent line of U.S. Supreme Court cases that have shaken up the status quo in campaign finance law.

The case is Thompson v. Hebdon. David Thompson and District 18 of the Alaska Republican Party are challenging a section of the state constitution imposing a $500 cap on contributions to candidates, and a $5,000 cap on donations to political parties.

In addition to the caps, Alaska’s law places various aggregate limits on the amount a candidate or a political party can collect from out-of-state individuals.

For example, a candidate for the state’s House of Representatives can accept only $3,000 in total contributions from non-residents of Alaska. Out-of-state individuals may contribute up to $500 to a candidate, as long as the candidate has not reached the $3,000 threshold.

The case dates to 2015, when David Thompson, a resident of Wisconsin, tried to donate $500 to the campaign of his brother-in-law, state Rep. Wes Keller of Alaska.

Keller was unable to accept the contribution because he had already received the maximum in contributions from out-of-state donors. Thompson and District 18 of the Alaska Republican Party brought suit, challenging provisions of Alaska’s campaign finance laws as violative of the First and 14th amendments.

Thompson and the state Republican Party sought a declaratory judgment that Alaska’s provisions were unconstitutional, a permanent injunction stopping the state from enforcing the provisions, and court costs. The U.S. District Court for the District of Alaska denied those requests and found Alaska’s campaign finance laws to be constitutional.

The case is now before the 9th Circuit U.S. Court of Appeals, where the District Court’s rulings are likely to be upheld.

If the case is then taken up by the U.S. Supreme Court, however, things may be different.

While Thompson v. Hebdon involves Alaskan campaign finance laws that apply to state and municipal elections, such state laws still must conform to the U.S. Constitution. If the Supreme Court justices suspect this isn’t the case, they may decide to review the case.

Reform-minded organizations such as the Campaign Legal Center are concerned about the precedent the Thompson’s case could set. The group says if the judges accept Thompson’s argument, it could be the beginning of the end for all contribution limits.

In a summary of the case, the Campaign Legal Center wrote: “Courts have long recognized that these laws are effective tools at preventing corruption and its appearance. If the Ninth Circuit Court of Appeals adopts Thompson’s proposed rigorous standard of review, contribution limits across the country will be opened up to new scrutiny and decades of settled law will be called into question.”

The likelihood of the U.S. Supreme Court finding contribution limits unconstitutional is doubtful.

However, since 2006, the Supreme Court has issued rulings in six major cases involving campaign finance law. The most sweeping was Citizens United v. FEC in 2010, which permitted unlimited independent spending by corporations and unions.

If the court looks to some of these recent rulings, it may be tempted to intervene in the Alaskan case.

For instance, would it deem Alaska’s annual contribution limits as unconstitutionally too low based on its 2006 decision in Randall v. Sorrell? In Sorrell, the justices held that Vermont’s $200 to $400 contribution limits were “disproportionate to the public purposes they were enacted to advance.”

The court also may look to its more recent decision, McCutcheon v. FEC, decided in 2014. That ruling struck down a law that limited the overall amount an individual could give during each two-year election cycle to federal candidates, parties and political committees.

Even though Alaska’s aggregate restrictions are imposed on candidates and parties, not donors, the case raises similar issues. If the high court looks to McCutcheon as its precedent, it could find Alaska’s limits in violation of the First Amendment.

Certainly, it is not clear whether the case will make it to the Supreme Court. It if does, the court will again be dealing with interesting issues stemming from campaign finance law.

As for New Jersey’s campaign finance law, the case does not seem to hold the potential for affecting state statutes.

New Jersey does not restrict donations from non-residents. Between 2009 and the present, about 10 percent of contributions to gubernatorial candidates came from people outside of New Jersey.

Moreover, New Jersey’s contribution limits are high enough to fall under the reasonableness standard and are in no danger of being in violation of free speech rights under the Constitution. That is, unless the court makes an unexpected ruling that all limits are unconstitutional.

Nevertheless, this case from Alaska warrants serious attention because of its potential impact on campaign finance law. 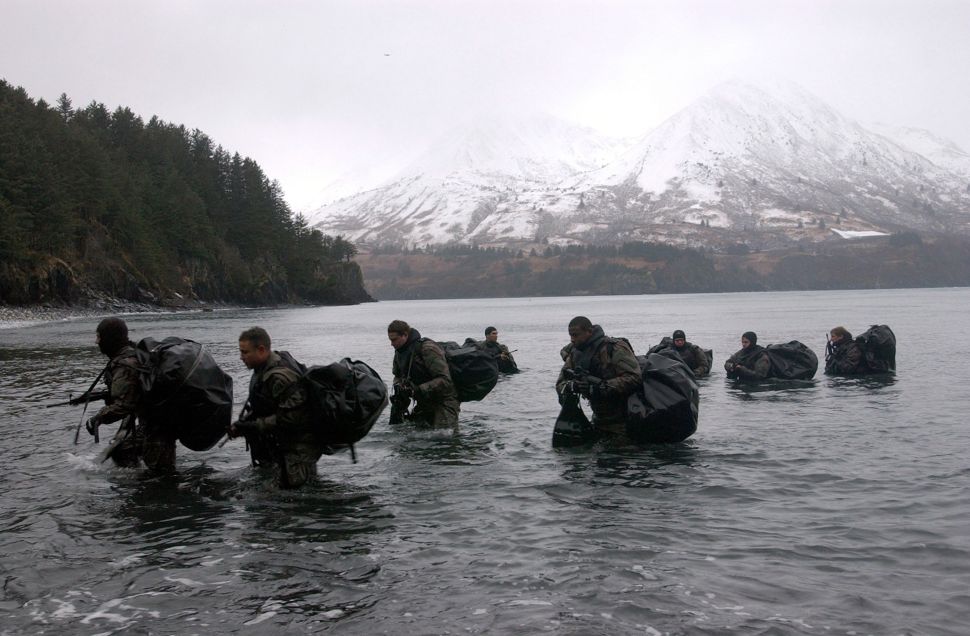