We all want certain things to be true. We long for them, deep in our hearts. Some of these are innocuous: it would be pretty great if eating chocolate made us lose weight. Some are a bit more problematic, like the wish that putting supplements into our bodies makes us magically ‘better’ than everyone else.

Some are just silly, like the idea that drinking alcohol is good for your health.

We love being told that things that everyone knows are bad for you are actually good. Every second week, someone comes up with a new story extolling the health benefits of eating chocolate. If you Google the words “study finds,” you’ll inevitably find at least one recent article telling you that, despite obvious medical improbabilities, setting your skin on fire might actually be the treatment that you’ve been looking for all this time.

Nowhere is this more true than in the case of moderate drinking.

What happens when a large observational study looking at a socially-determined issue finds something that disagrees with lots of research that came before?

Well, firstly, the scientific community collectively turns its nose up and says “correlation doesn’t equal causation.” A bunch of professors happily high-five, or clink test-tubes, or whatever else professors do, and go back to their fairly insular work. There are notable exceptions, but most scientists just don’t have time to write articles about stuff like this.

I’ve written about this before. It turns out that we really like being told that our nightly dose of five daiquiris (they kill the pain) is not, in fact, bad for us. Despite the vast, overwhelming evidence to the contrary. Despite the fact that we have known for decades that alcohol is Bad For Your Health.

Alcohol isn’t good for our health. It never has been. We just love hearing that it is.

They found that people who drank alcohol “frequently” — defined as three to four days/week — were less likely to get diabetes over the study period. They also found what’s known as a non-linear relationship between alcohol drinking and diabetes. What this means is that people who drank the least alcohol were likely to have diabetes, this risk decreased as the amount of alcohol drank increased, but then reversed when people began drinking too much booze. Basically, there was a point at which people drank too much alcohol.

This study is from Denmark, the land of amazing health records linkage, which means that the amount of data that the researchers had access to is truly spectacular. They were able to control for a massive range of factors, from BMI to education, which means that these factors were much less likely to have influenced their final results.

It was basically a really cool, interesting study, which made some really interesting suggestions about the relationship between diabetes and alcohol.

You know what it didn’t say?

As ever, the devil is in the detail. This was an observational study, which means that it was looking at associations rather than causes. It’s possible that alcohol miraculously protects against diabetes. This would go against quite a bit of research demonstrating the harms of drinking, but it’s possible.

It’s far more likely that there is some external reason that people who drink a moderate amount are healthier than those who abstain or those who drink a lot. Maybe they’re wealthier, and so can afford better doctors and personal trainers more often. Maybe there’s something in the act of purchasing alcohol that protects against diabetes — they’re left with less to spend on sugar, for example.

Based on this research, despite its amazing amount of data and great analysis, we just don’t know.

Which is not what was reported on at all.

It turns out that the real message is pretty simple: Alcohol is bad for you. There may be some benefits to drinking a bit of it, but these are most likely social rather than disease-related.

Just don’t drink to be healthy.

It doesn’t work that way. 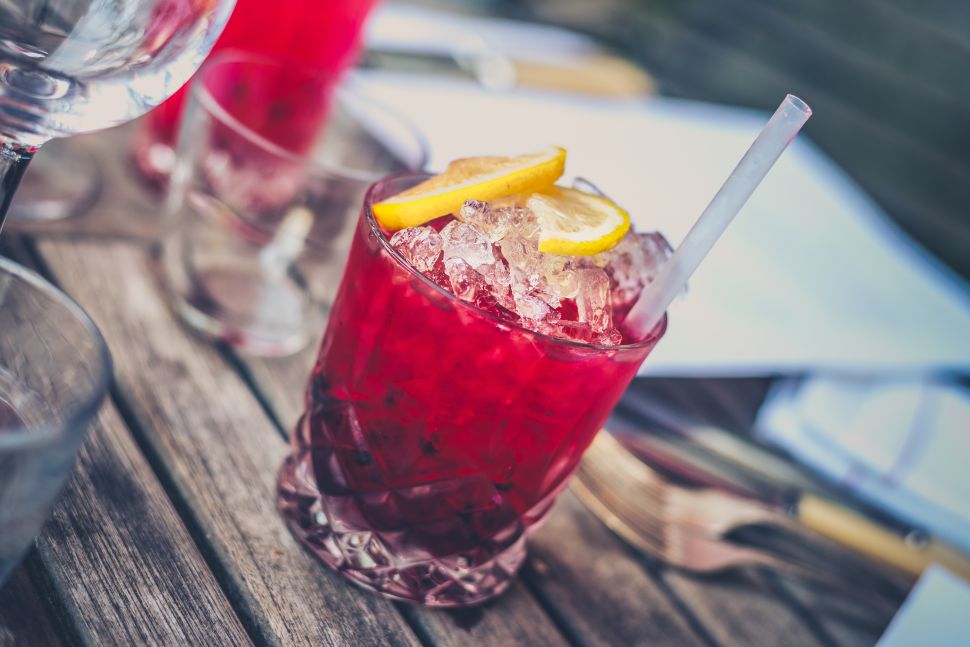