Many television critics have noted the relevancy of Hulu’s The Handmaid’s Tale in today’s controversial political climate, but maybe FX’s Cold War spy drama The Americans is the more apt comparison.

Star Matthew Rhys stopped by Late Night With Seth Meyers on Monday where he joked about his foresight regarding Russia’s possible interference with the 2016 presidential election. Rhys claimed to have known five years ago when he was up for a role on The Americans that there would be speculation surrounding possible collusion between Russia and Donald Trump. If only his character Philip Jennings shared the same gift.

The star also reflected on how audiences have responded to the series since the Russia-election stories began hitting the news.

He continued: “Five years ago we knew this was going to happen. We got a tip, we got a videotape of big Donald in Moscow and we said, ‘That’s what we should be doing.'”

Rhys also discussed the time he sat next to former First Lady Michelle Obama at a White House state dinner. At the time, Rhys was filming what would become an Emmy-nominated guest appearance on HBO’s Girls. After Meyers revealed a photo of the meeting, Rhys explained that the strange hairstyle and beard that his character wore gave him a “full pervert look.”

“That look alone is basically the part I played in Girls, of a sexual predator,” he said.

You can watch his full interview below and we recommend you do so as Rhys also has a hilarious story about almost covering the former First Lady in tomato sauce.

The Americans will return to FX for its sixth and final season in 2018. 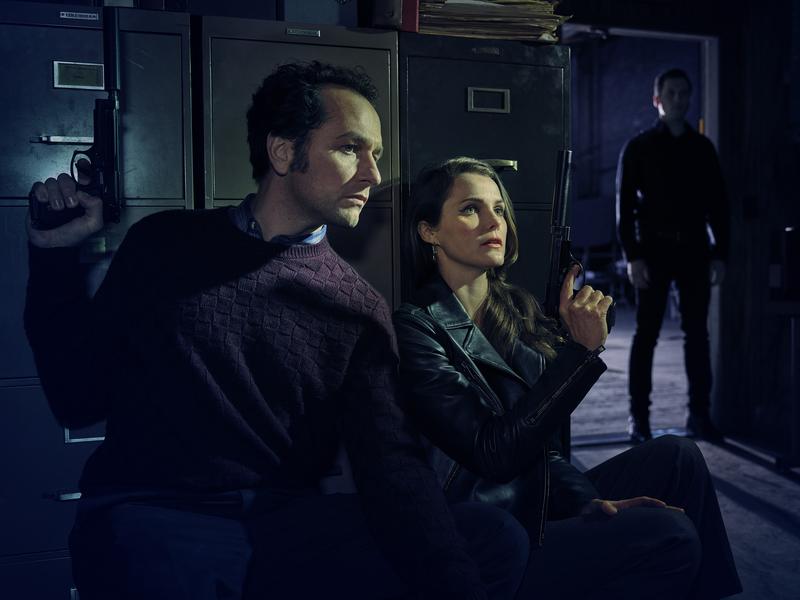