There isn’t much that separates the inner workings of the human eye from that of a camera. Both consist of a front element (the cornea), a sensor (retina), an aperture ring (iris and pupil) and a lens. Both capture imagery as it appears in front of us. But where an eye is just a passive observer, a camera can take a more active role in visualization.

Cinematography, at its core, is the art of making motion pictures. But as an art form, it’s surprisingly more like dancing than photography; a fluid partnership as opposed to a static one-way creation. Each subtle movement, variation in lighting or change in coloring creates a ripple effect that alters the final product, so really, cinematography is like an eloquent retelling of Newton’s Third Law: every action has an equal reaction. It’s a process of precision.

That’s where Maxime Alexandre, the cinematographer on New Line Cinema and Warner Bros.’ Annabelle: Creation, comes into play. It’s his job not only to help capture the movie, but to tell a silent story entirely with visuals.

“The perfect movie is a movie where audiences step out of the theater and say to each other, ‘Wow, what a beautiful film,'” Alexandre told the Observer. “There’s a lot of hidden paths to cinematography that people don’t know. My intention is to make everything the director has in mind happen. I will do everything for them to visualize their vision.”

Surprisingly, serving the director’s vision involves so much more than just working with the director. Alexandre meets with virtually every single department — production design, makeup, costume design, etc. — to formulate a film’s running motif. He goes through all of the color options and light concept possibilities. He runs through the script and prepares a text that details his interpretation of the director’s vision before presenting it to the filmmaker.

“Sometime it’s perfect and sometimes it’s trash and I have to start over,” he said. “Collaboration is absolutely essential.”

Annabelle: Creation is a prequel to 2014’s Annabelle, which itself is a spinoff of The Conjuring franchise. Next year will see the series branch out again with The Nun, which Alexandre is also working on. The cinematographer has positioned himself well as the horror genre has quietly become one of the most consistent box office performers, providing a mid-sized lifeline to some studios that are struggling with their blockbuster IPs. To date, the three films in The Conjuring series have earned nearly $900 million worldwide off an average budget of $22 million, according to Box Office Mojo.

Why is the horror genre connecting so well with audiences recently?

“The emotion,” Alexandre, whose previous credits include the terror-inducing Silent Hill: Revelation (2012) and The Hills Have Eyes (2006), said. “Today, it becomes so difficult to love without being vulgar, to cry without being violent, to fall in love without being expressively rhetoric. Now, the simplest way to give emotion to audiences is scaring them. That makes a difference, scaring them and giving them emotion for 90 minutes…When young people get scared in the cinema, then they laugh, then they are happy because they had a great moment. They have adrenaline and it keeps them screaming and laughing. I’m going to give them love and beauty and the more beauty you see the faster you’re going to fall into nightmares and stress. Horror is about playing with emotions.”

That game of emotions for Alexandre in Creation is a careful balancing act of beautiful introductions and terrifying transformations. It’s about starting in the light and slowly bringing you into the dark and then exploring the different shades of darkness. It involves recreating the film’s 1950s settings and using purposeful color pallets and light manipulations to infuse a looming sense of dread.

And while Alexandre loves a good scare, he’s hoping he too can branch out after he’s finished with Creation and The Nun.

“I grew up in cinema. I would be unable to do something else if I wasn’t in cinema,” he said. “One of my favorite movies is Love & Prejudice. It’s a very romantic movie. I would be the most happy man in the world if someone called me to do a romantic movie.”

Cinematography is a dance of which Alexandre has nailed down the steps. He has the eye for popping visuals and the collaborative nature to craft visual tones for entire films. He isn’t a passive observer, he’s the one helping to create tension and personality and character in everything you see on screen.

Now all that’s left is for someone to get him on the next big romantic comedy. 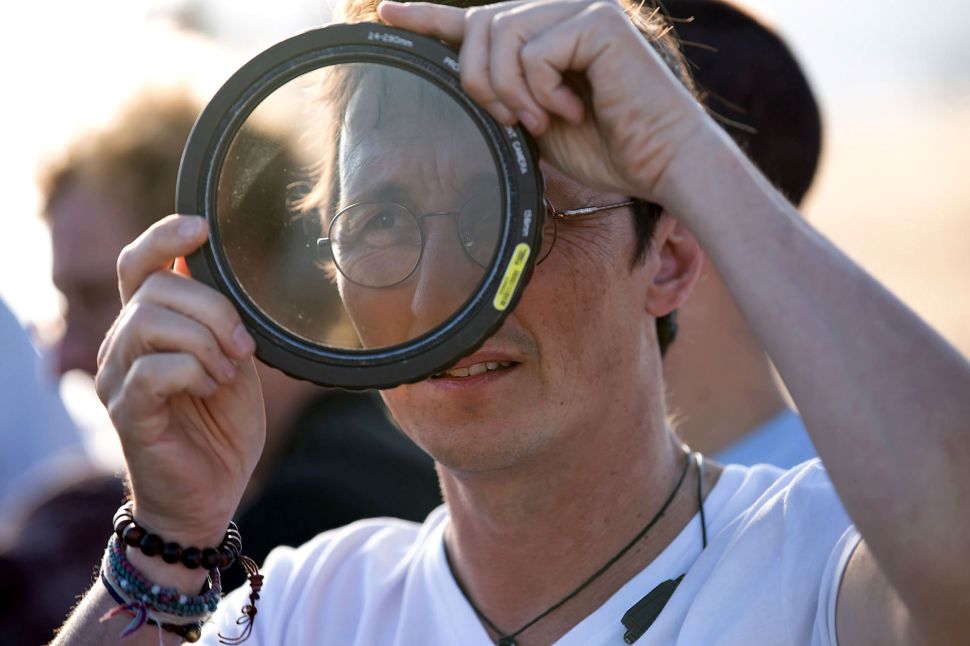