In June 2017, California Assembly Speaker Anthony Rendon singlehandedly prevented a single-payer health care bill, SB 562, to be put up for a vote in the State Assembly after the State Senate passed it. Rendon called the bill “wholly incomplete,” but his decision halted the processes that would have enabled its completion. In California, the Democratic Party holds a supermajority in the State Legislature and the governorship, providing a straightforward path to enact progressive policies.

Rendon’s and other establishment Democrats’ excuses for shutting down the bill were riddled with hypocrisy and lies. Since 2012, Rendon and top California Democrats have received over $2.2 million in campaign donations from the pharmaceutical and health care industries. Democratic Gov. Jerry Brown would face national embarrassment if he vetoed the bill, as former Republican Gov. Arnold Schwarzenegger had done twice before.

Speaker Rendon has denigrated progressives in the Democratic Party by shutting down the bill and insisting that they concede to establishment Democrats. On July 10, he told Politico, “We’re still a big tent party, but we have folks within our Democratic Caucus throughout the state really who are Democrats, but who are moderate Democrats.” Regardless of the political makeup of the state, the bill should have been allowed to receive a vote in the State Assembly, but Rendon prevented that all the while telling progressive activists that he supports single-payer health care. Rendon holds one of the most powerful positions in the state of California, but he tells voters that he is powerless to allow a vote on a policy he believes in.

Because of Rendon’s ineptitude as an elected official, single-payer health care proponents have begun efforts to recall him from office. Last week, Rendon’s office was notified of the intent for a recall petition to be circulated in his assembly district.

“If we recall the Assembly speaker, maybe someone else [will be] willing to push this bill, to get it out of the rules committee and send it to the Assembly to get a vote on it,” said Jessica Covarrubias, a proponent of the effort, in an interview with The Los Angeles Times. “Maybe that will help everyone get health care.”

The notice of a recall petition was filed by Stephen Elzie, a USC law professor who is serving as the lead attorney for the recall effort. The National Nurses United, which has led the single-payer health care efforts in California and across the country, is not directly involved with the recall effort but is continuing to put pressure on Rendon and other Democrats to make the policy a reality.

On August 2, the Recall Rendon Facebook page announced, “We have received confirmation from the Secretary of State that our Notice of Intent has been reviewed for compliance with the California Elections Code, and that our signatures have been verified by the County of Los Angeles. Our petition drive is on track to begin this month. Ware holding weekly meetings every Tuesday in Assembly District 63, and will be holding our first major fundraiser on the evening on Friday, August 18.” 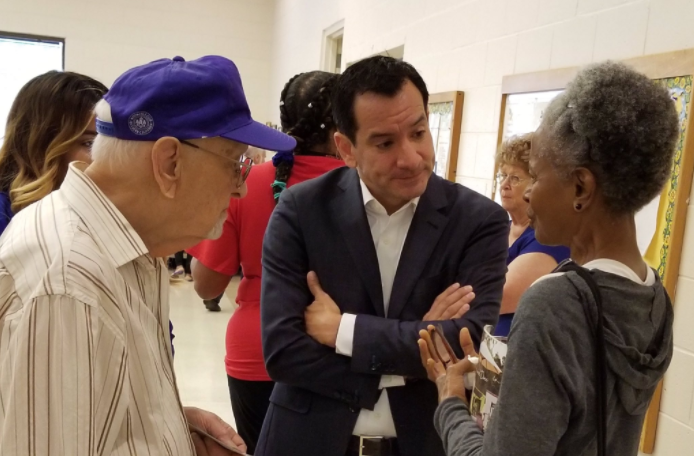