I’ve always enjoyed the corporate kabuki of the quarterly earnings call: a few people who are very good at running a company try to stay on message (“Here is the story we would prefer you write about our sales numbers”), a lot of analysts try to figure what happened and how that will affect future performance, and business reporters try to find an angle why you should care about specific sales trends or profit projections.

On Tuesday, the transcript of the Donald Trump interview was released. The exact words from the president:

TRUMP: We’re going to have a lot of companies that are coming in. Foxconn’s coming in with a big plan. We have Tim Cook I spoke to, and he’s promised me three big plants—big, big, big. I said, you know, Tim, unless—

TRUMP: We’ll have to see. You can call him. But I said, Tim, unless you start building your plants in this country, I won’t consider my administration an economic success, OK? And he’s called me and he says, you know, they’re going forward, three big, beautiful plants. You’ll have to call him. I mean, maybe he won’t tell you what he tells me, but I believe he will do that. I really believe it.

And on Tuesday, an analyst did ask about three big, beautiful plants. Apple CEO Tim Cook reiterated his earning-call answer almost word-for-word in his interview with CNBC:

COOK: From a job creation point of view, here’s what we’re doing. We’ve created 2 million jobs in the U.S., we’re incredibly proud of this. And we do, probably unlike many companies, feel like we do have a responsibility to create jobs because Apple could’ve only been created here.

There are three areas of job creation that we are very focused on. The first is App Developers—they make up three-quarters of the two million. And what we’re doing here, among other things, is making free for everyone in K-12 a curriculum to teach coding to kids. We started with K-6… We’ve then been adding curriculum and in May we expanded that to include community colleges, technical colleges, vocational colleges. Things that we’re interested in and the administration is very interested in in this area as well, and so we think that we can pick up a lot of people into the developer community and make it more diverse and bring the technology explosion to people who perhaps haven’t seen it today.

The second area is manufacturing. In manufacturing, as I talked to Jim [Cramer] about this, we’ve looked at this and said, we think the right place for the U.S. to expand in manufacturing is in advanced manufacturing. This is about advanced components and so we’ve initially put 1 billion dollars in an advanced manufacturing fund and we’ve already deployed 200 million of that to Corning in Kentucky and they’re using that to expand their factory. They’re in our supply chain, they produce for us, which gives us on iPhones and iPads that ship around the world. And, so, we want to do more than this. I hope that it’s several plants… I don’t know how many.

LIPTON: You hope there’s several places you can invest that 1 billion dollar fund?

COOK: Sure. If we find really great things, we might even expand that, right? But it will be in advanced manufacturing because that’s where the puck is going. We’re not a backward looking kind of company.

And third, we have about two-thirds or more of our employees in the U.S. You’ll note that nowhere in there is the mention of building three big, beautiful new factories. You’ll also note the emphasis on advanced manufacturing—an industrial production model that historically relies on fewer human workers and more advanced robotics as part of the assembly pipeline—and the pointed comment “We’re not a backward looking kind of company.”

But what you will not see—or hear, if you listen to the interview—is a direct refutation of the president’s claim. So as of right now, we have a president who says that Tim Cook told him personally, in a way that may not ever be factually confirmed by another party, that Apple would be building three new factories. And we have a CEO who will not directly confirm or refute the factory claim.

So what? If Apple’s planning on building three new factories, this changes their corporate strategy and their material outlook considerably. And this kind of change in strategy—as well as projected expenses—is the kind of thing investors have a right to know about. If they’re not building the factories, say so. It would not be the first time someone has looked at the transcript of that interview and said the alleged conversation they had with the president did not actually take place.

There are times when it’s incredibly uncomfortable to call someone else a liar, either directly or indirectly. In the current national discourse, where “alternative facts” are actually still defended by the current administration as a perfectly acceptable tool for governing, it may even feel futile to set the factual record straight.

But things like, “This guy said to me we’re going to build three new plants,” are not just the “partly cloudy, partly sunny” not-yet-verified “alternative facts,” as defined by Kellyanne Conway. Building plants has an impact on a company’s bottom line. It affects investors. And it affects communities.

Take Apple supplier Foxconn’s recent announcement about the scope and scale of their planned Wisconsin facilities. You may recall that shortly before Apple announced their earnings, the president of the United States announced that Foxconn would be spending $10 billion to open a factory in Wisconsin. The deal was sweetened by a promise of $3 billion in tax breaks and state assistance, which means that each one of the 13,000 promised jobs will cost the state of Wisconsin $230,700.

(FYI, the projected average salary for those jobs is $54,000, or approximately 23 percent of that $230,700. Also, Foxconn has been very open about its march toward total factory automation, so who knows how long these jobs—for which people are presumed to want to locate—will last?)

On Tuesday (look, it was a big day for business news on Tuesday, okay?), the president tripled down on the initial Foxconn news. As Bloomberg reported:

“They’re going to spend $10 billion. But [Foxconn chairman Terry Gou] is one of the great businessmen of our time,” Trump said. “And I think the number is going to be $30 billion.”

“He told me off the record he thinks he may go $30 billion. Think of this. He may go 30-billion-dollar investment, but he told me that off the record so I promised I wouldn’t tell anyone.”

The audience responded with laughter.

As of deadline, Foxconn has refused to confirm or deny either the conversation or the financial commitment. For the people of Wisconsin—who are already looking at a business deal that will cost $159 per every man, woman and child in the state, i.e. enough to just give every single person in the Badger State their own iPhone SE—the scope of the company’s commitment, and the possible impact it will have on the economy, are not alternative facts. They’ll be lived reality.

Who cares? We’ve already covered why investors should care. It’s in their best interests to know if there are plans to invest in facilities and ramp up a big, beautiful workforce. And we’ve covered why the good people whose states are subsidizing a billionaire’s market expansion might have a rooting interest in determining the scope of their future job market.

But you should care too. Because facts matter. They’re what make informed decisions possible. And if we can’t defend the truth, what kind of decisions are we going to be able to make? 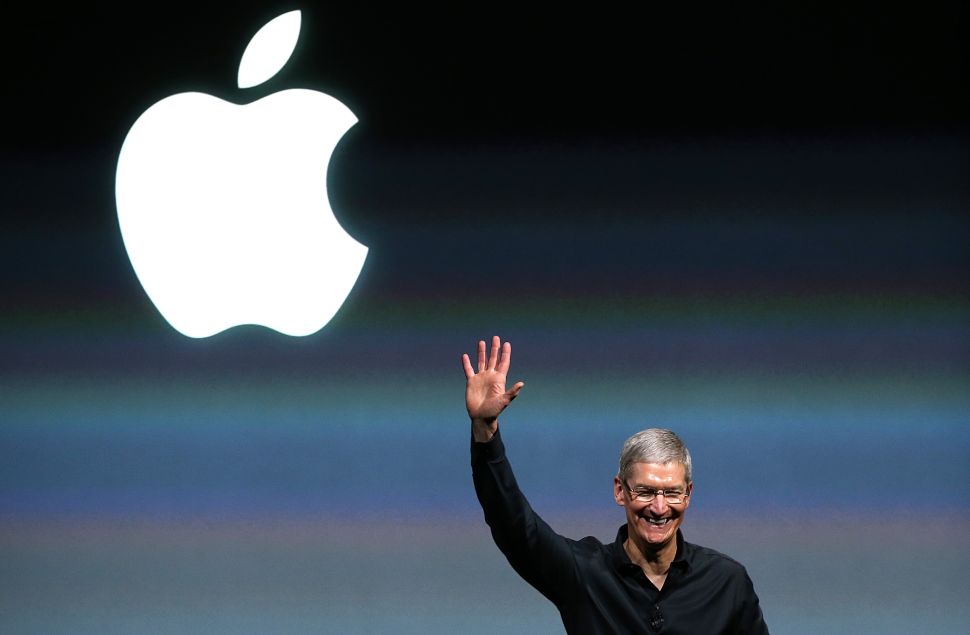