The recent terrorist attacks in Spain and Finland once again compel us to ask: Who joins the Islamic State, and why?

As a professor of modern Middle Eastern history, I have spent the majority of my professional life studying the region, its culture, society and politics. In recent years, I have researched and written about IS and its terrorist activities. While other experts and I have looked at how radicalization occurs, some new ideas are emerging about how and why men are attracted to IS.

Where do the recruits come from?

We know that IS recruits people from within the territory under its control and neighboring areas as well as from abroad. According to Radio Free Europe/Radio Liberty, as of 2013 – that is, before Islamic State’s major push in the region – there were between 17,000 and 19,000 IS members in Iraq and Syria.

This is probably a low estimate, however. As of 2015, there were about 30,000, more than enough to replace the 15,000 killed by the American-led bombing campaign during the first year of that campaign.

A majority of IS recruits came from the Middle East. The largest number of Arabs who hail from places other than Iraq and Syria came from Saudi Arabia and Tunisia. Other fighters came from as far away as North America, Europe (Belgium has supplied the largest per capita contingent from Europe), Australia and the Caucasus (particularly Chechnya).

Why do they join?

Social scientists cite a number of reasons people join IS. Some of those recruited in Iraq and Syria, they assert, join because they believe in the Islamic State’s message. Others, however, join because they are compelled by IS to do so or for reasons to do with revenge, money, sectarian sentiments, camaraderie, the promise of power or the promise of sex slaves such as captured Yazidi women and girls..

Some social scientists claim that the sense of empowerment that comes from joining a group noted for its ultra-violence, disaffection from society, and just plain sociopathy might also factor into the calculations of European Muslims who face discrimination and impoverishment in their adopted homes.

The list of potential reasons for joining is so long that one is reminded of something the late U.S. Supreme Court Justice Antonin Scalia once said: “[I]nterior decorating is a rock hard science compared to psychology practiced by amateurs.”

Many ISIS attacks around the globe are carried out by individuals the media have dubbed “lone wolves” – that is, freelancers who act without the direct knowledge of the IS leadership. To avoid glamorizing them, the RAND Corporation prefers the term “flaming bananas”.

There are two theories why these individuals – or, indeed, those who travel to the caliphate to join IS – pledge allegiance to the group. The first is that they get “radicalized.”

Radicalization refers to a step-by-step process whereby individuals become increasingly susceptible to jihadi ideas. First, they cut themselves off from social networks such as family, which provide them with support and a conventional value system. They then immerse themselves in a radical religious counterculture. They might do this on their own, or a jihadi recruiter might bring them into the fold. Either way, the result is the same.

Most attempts to counter IS base their efforts on this model. For example, the U.S. Department of State has released a short video titled, “Run – Don’t Walk – to ISIS Land.” The video shows graphic images of crucifixions, beheadings, suicide bombings and the destruction of mosques perpetrated by ISIS members. It ends with a warning: “Think again – turn away.”

Interestingly, the video mimics IS propaganda, which, some observers claim, plays a key role in recruitment. Rather than presenting a religious rationale for the group’s actions, IS propaganda tends to focus on the violence the group perpetrates. IS has even released a video game based on Grand Theft Auto 5 in which, rather than stealing cars and battling the police, the player destroys advancing personnel carriers and shoots enemy soldiers.

Perhaps, then, the radicalization model is wrong or not universally applicable. Perhaps there’s something other than religious zealotry at play.

There is other evidence that the radicalization model is, at best, only part of the story. For example, there is the widely reported story of two would-be jihadists who, before they left Birmingham, U.K., for Syria, ordered “Islam for Dummies” and “The Koran for Dummies” to fill the gaps in their knowledge.

Newspaper stories time and again puzzle over the problem of how it happens that individuals who go on to join IS were found in bars, even gay bars, or had Western girlfriends and smoked and drank almost up to the time they committed some act of violence for the group. The most common explanation is that their dissolute lifestyle was a cover.

After the driver of a truck ran down and killed 84 people in Nice, France, for example, the French interior minister was at a loss to explain how someone who drank during Ramadan (which had ended a week and a half before) could have radicalized so quickly.

A number of experts have thus argued that the radicalization model should be replaced by or supplemented with a different model.

Rather than joining a radically different religious counterculture, individuals are attracted to IS, these experts argue, because its actions reaffirm the cultural values of those who are marginalized, or those who exhibit what psychiatrists call “anti-social personality disorders.”

Could it be that IS volunteers are drawn to a value system that asserts an aggressive machismo, disparages steady work, and sustains the impulse for immediate gratification? Are they attracted to a culture that promotes redemption through violence, loyalty, patriarchal values, self-sacrifice to the point of martyrdom and the diminution of women to objects of pleasure?

In this reading, IS more closely resembles the sort of street gang with which many of its Western and Westernized enlistees are familiar than its more austere competitor, al-Qaida.

James L. Gelvin, is a Professor of Modern Middle Eastern History at the University of California, Los Angeles. This article was originally published on The Conversation. Read the original article. 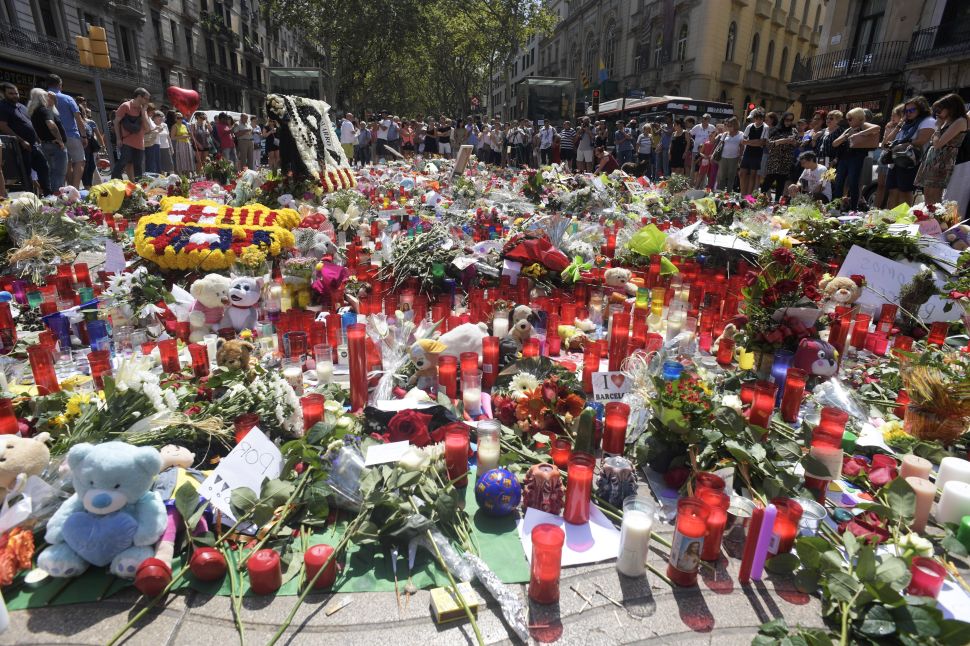