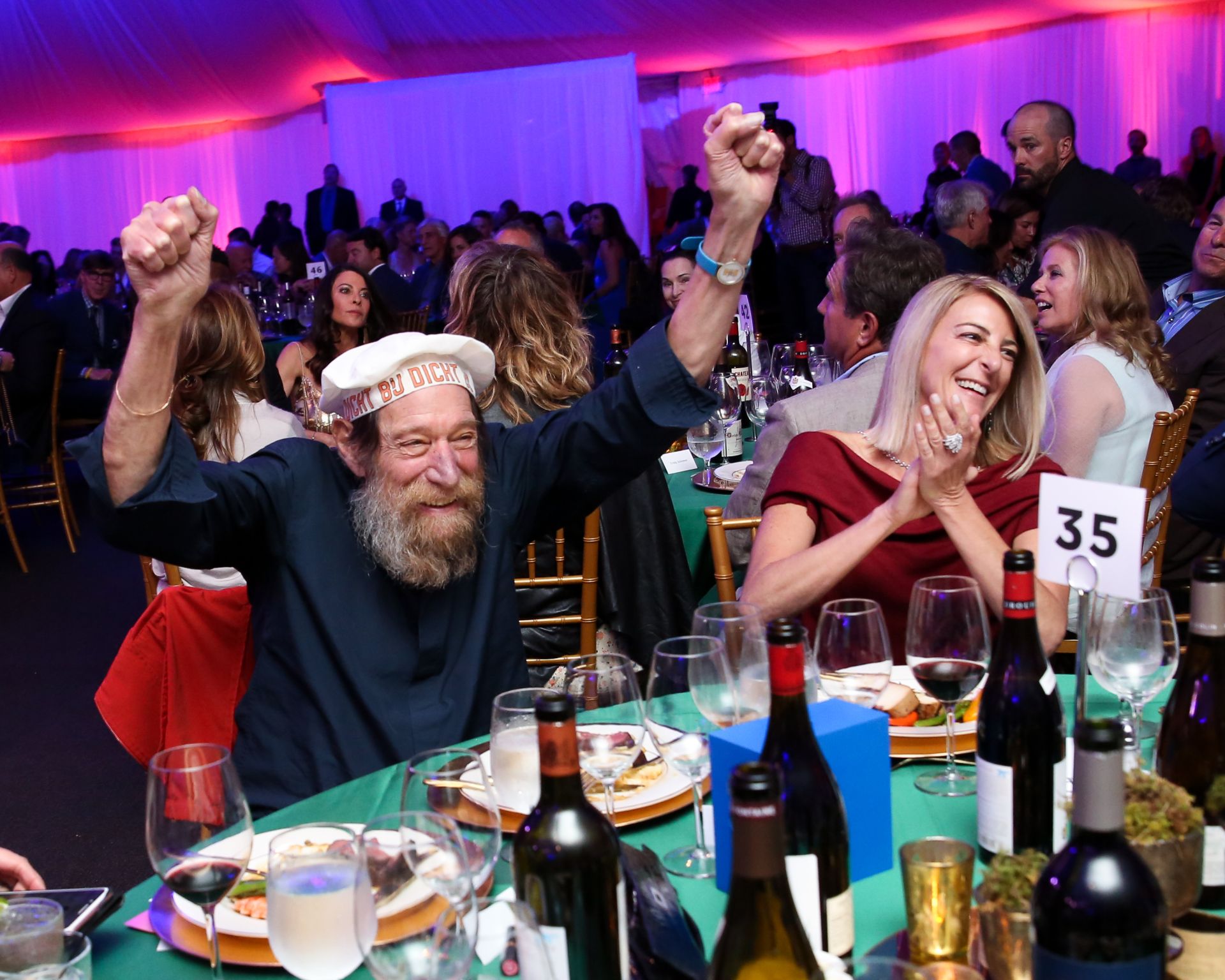 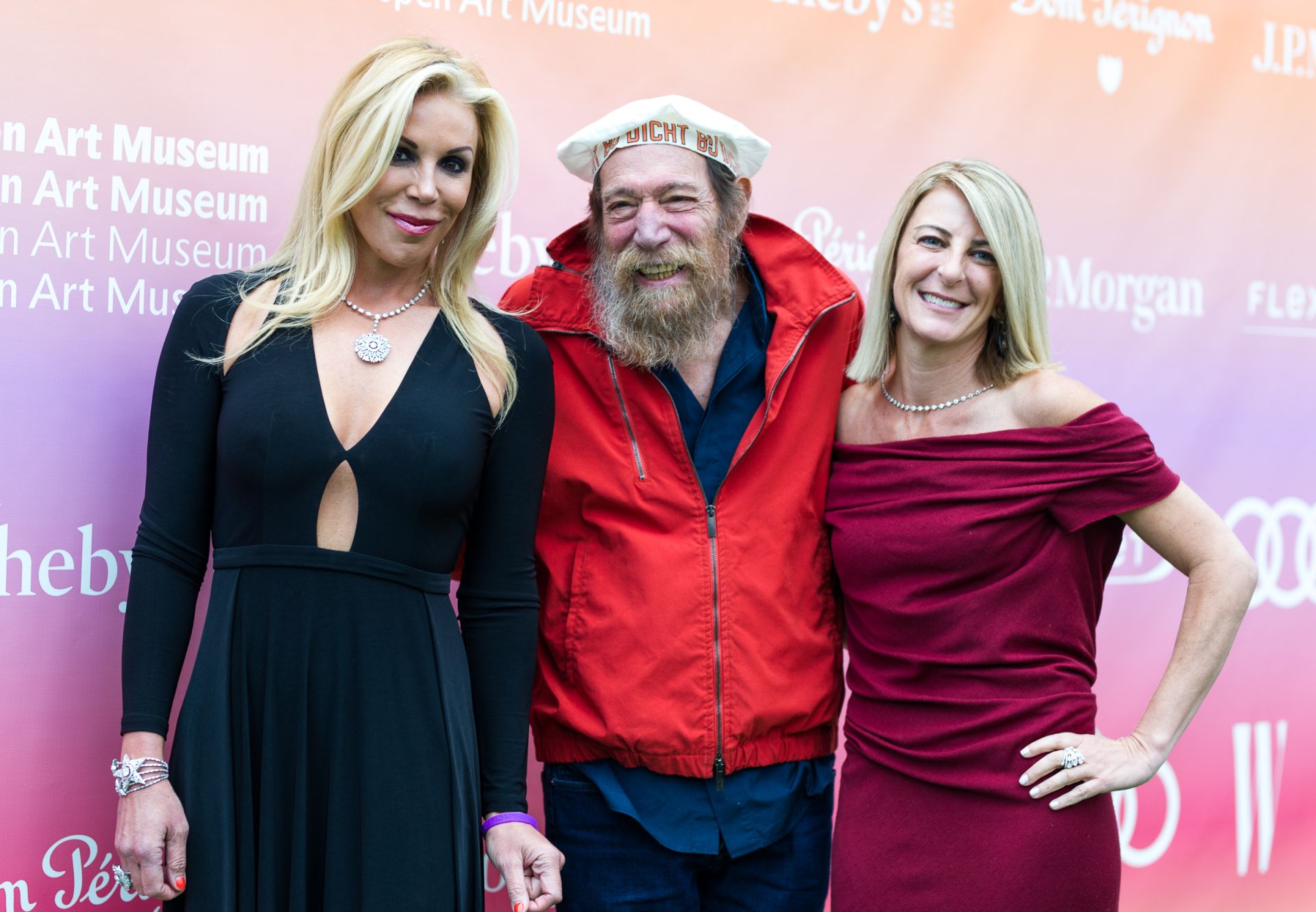 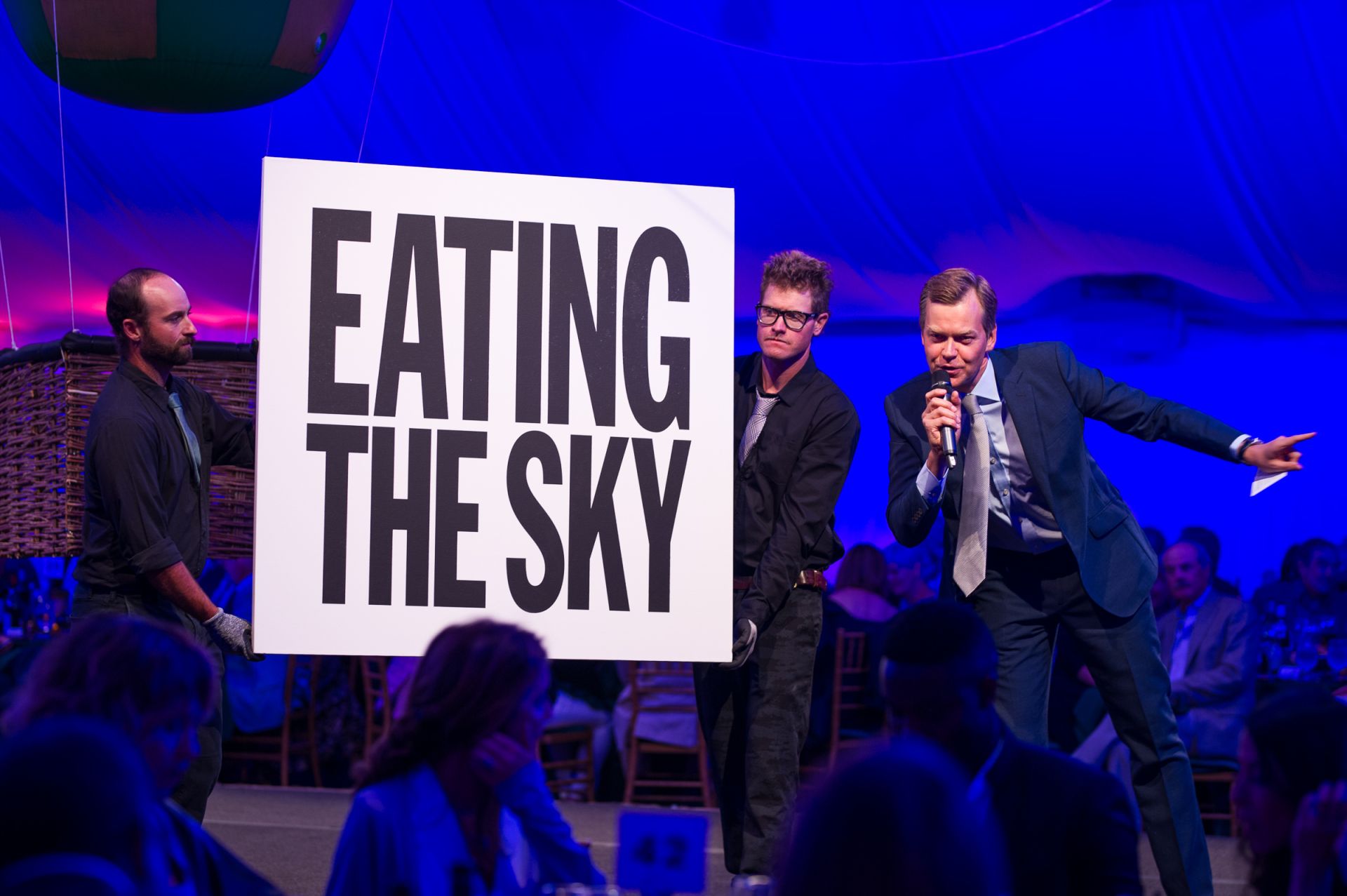 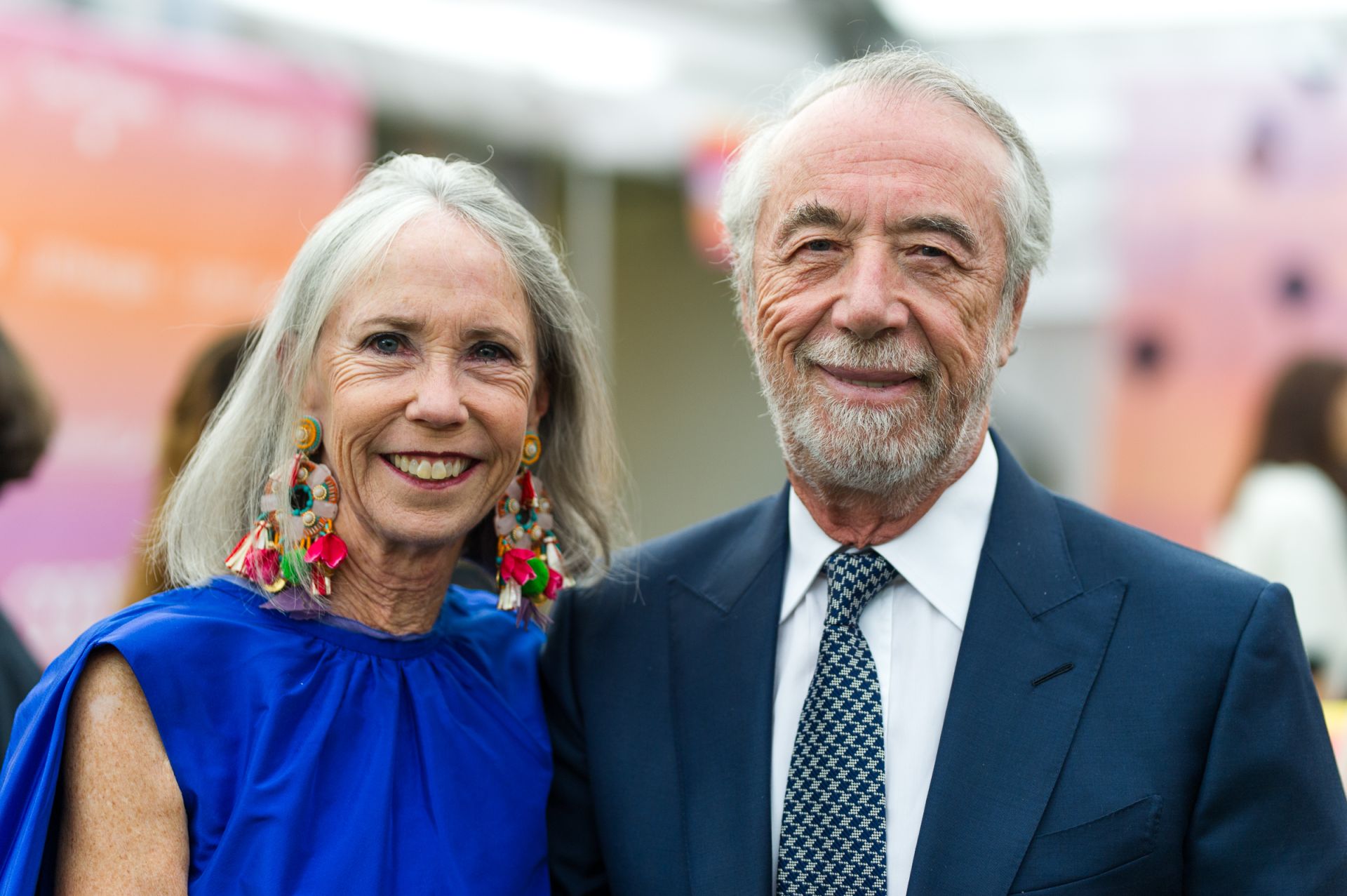 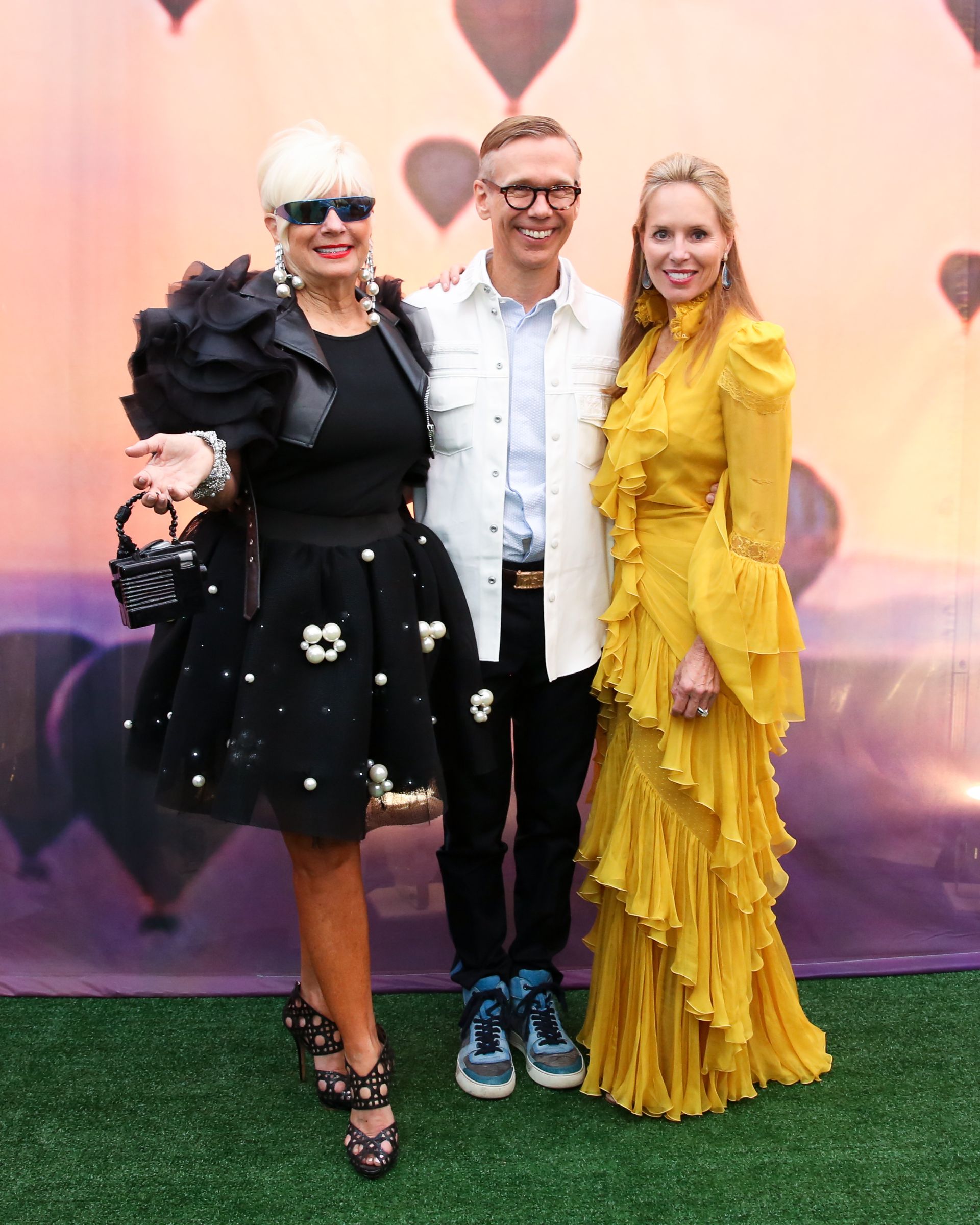 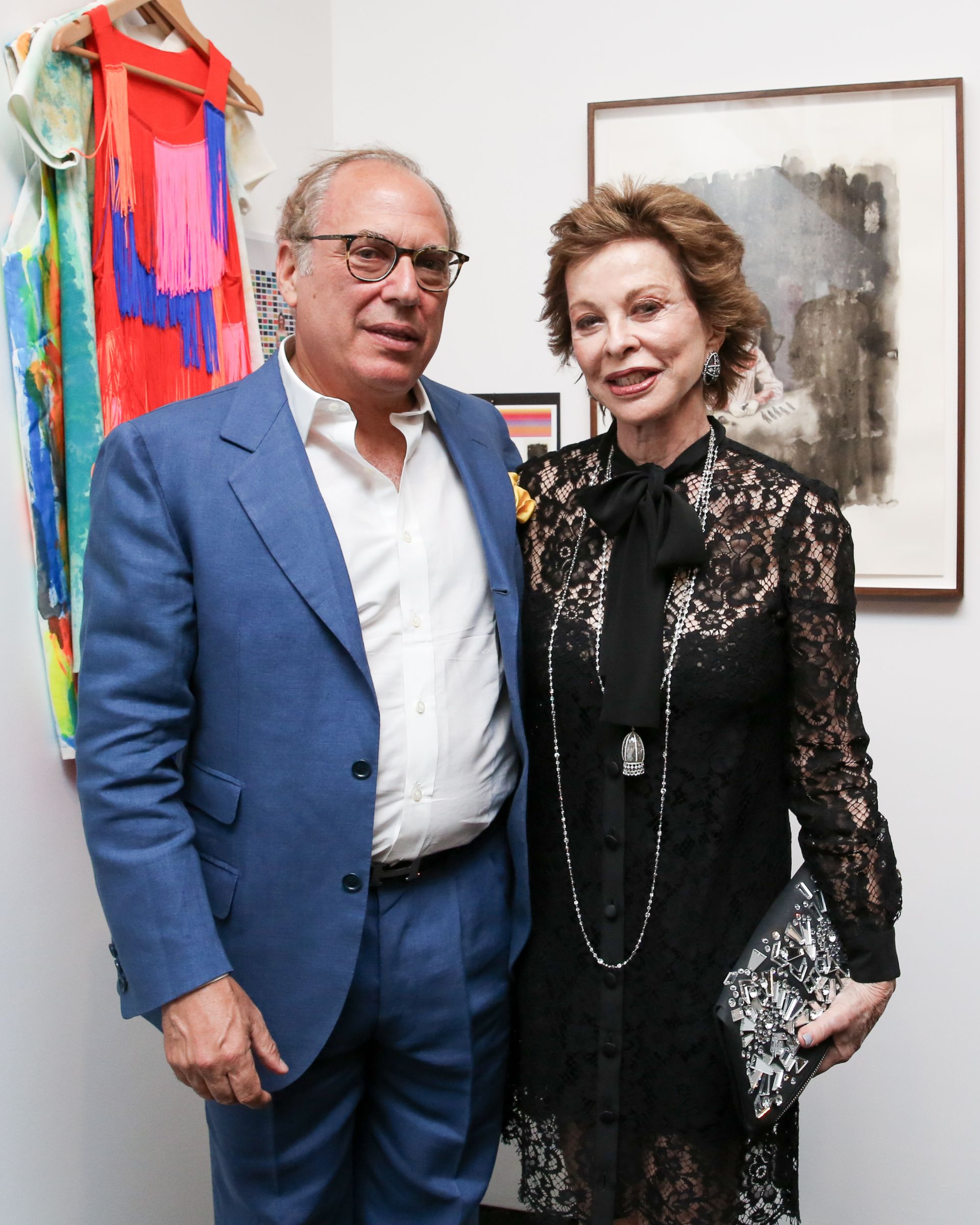 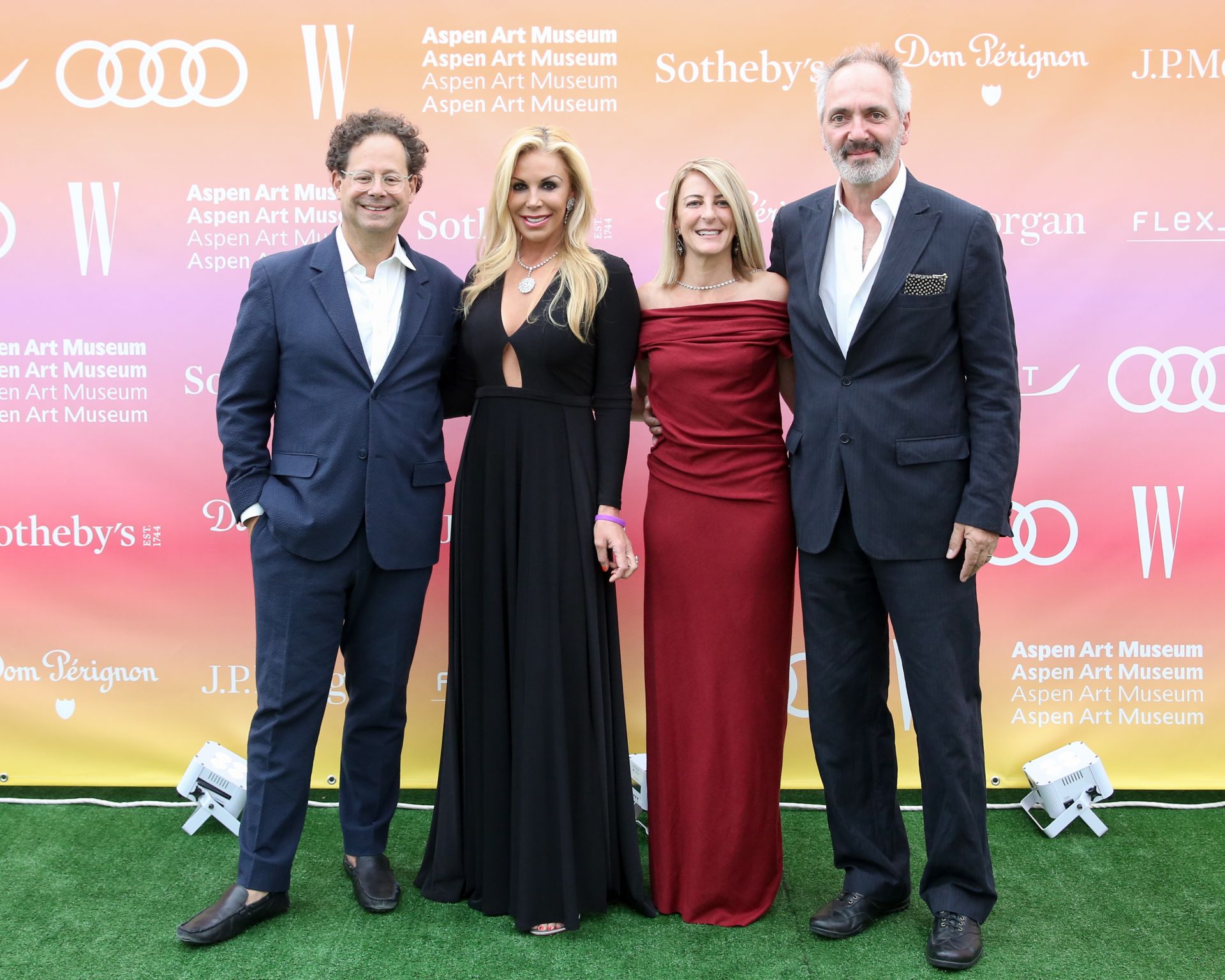 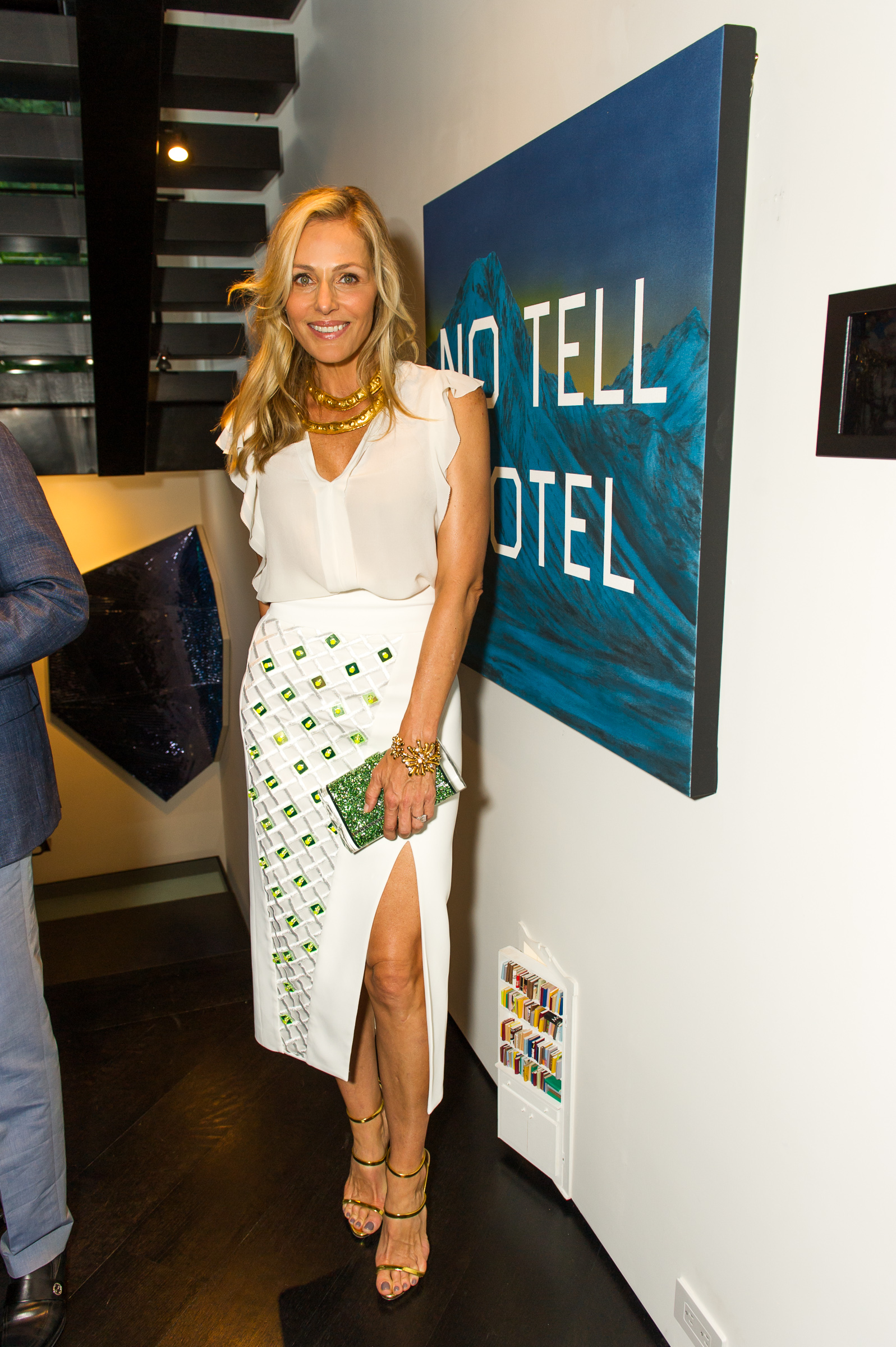 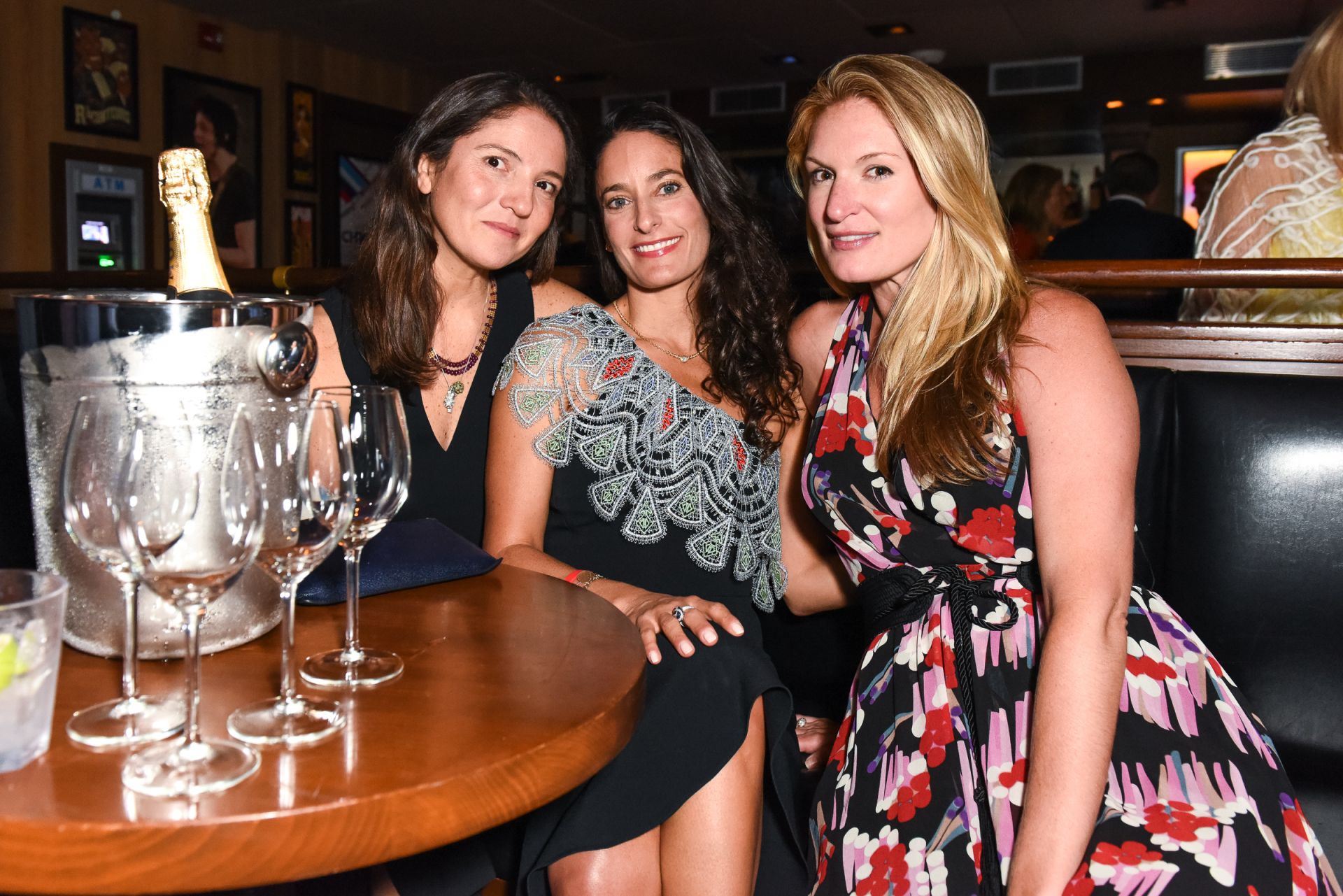 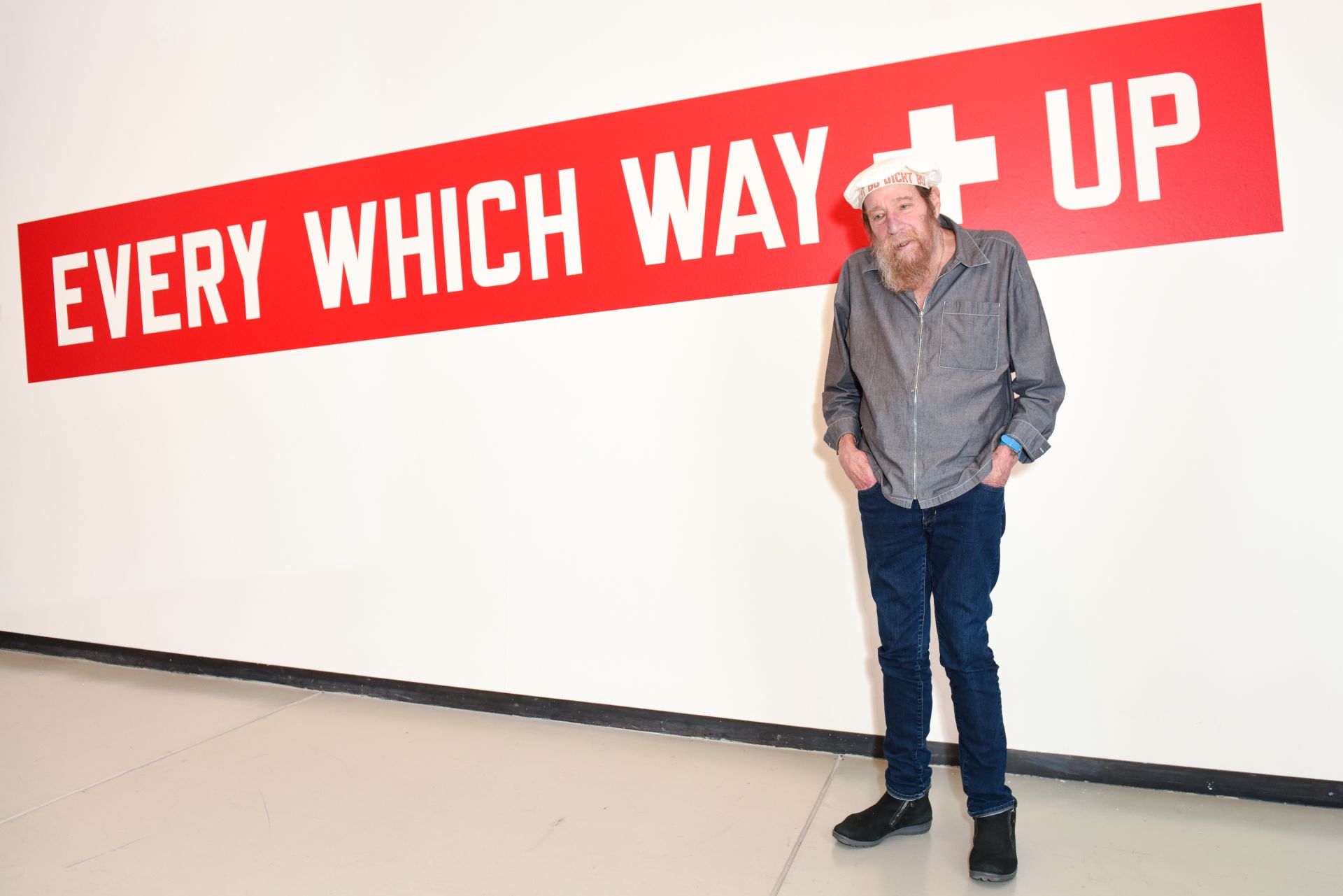 EVERY WHICH WAY + UP by Lawrence Weiner. (Photo by Owen Kolasinski/BFA)
(Photo by BFA) 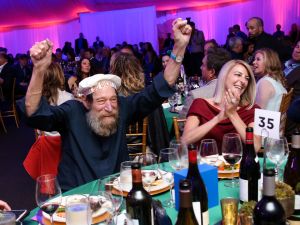 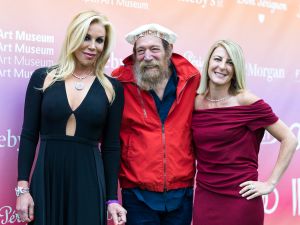 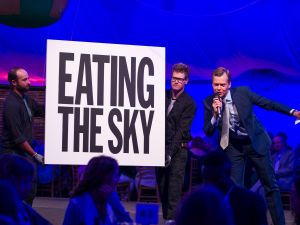 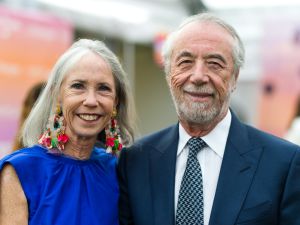 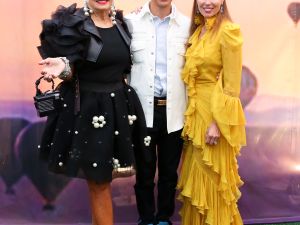 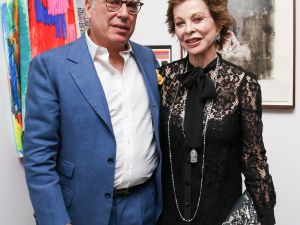 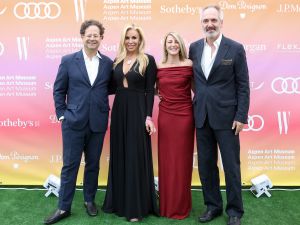 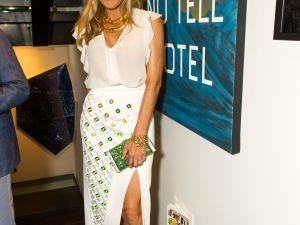 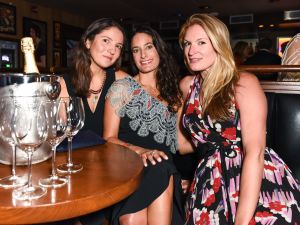 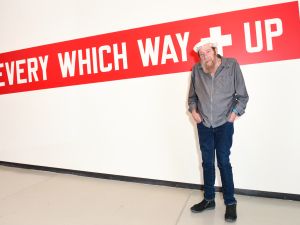 While most of us were busy basking in the final weeks of summer sun, the art world decamped to Colorado for a rollicking weekend of celebration to benefit the Aspen Art Museum. The annual ArtCrush gala, now in its 13th year, unfolded on Friday night at the base of the Aspen mountains, and kicked-off with a silent auction and cocktail hour during which a mass of art patrons from around the world placed their bids on works by the likes of Marilyn Minter, Raymond Pettibon and Daniel Arsham.

The cocktail hour also became a runway show of sorts for guests to show off their appetite for luxury garments. The hour included Sarah Arison, Eleanore De Sole, Jamie Tisch and Carrie Wells, a local real estate broker, whose tiered chiffon dress by Roberto Cavalli turned heads thanks to its striking resemblance to the infamous yellow gown worn by Beyoncé in her “Lemonade” music video. “I bought it for a wedding in the Amalfi coast,” she explained to us as we sat for dinner. “Everyone thinks it’s the Beyoncé dress, but mine is a little different.”

Dinner gave way to the always-anticipated live auction of ten coveted works led by Sotheby’s auctioneer Oliver Barker, who remarked that the ArtCrush auction is always “more exciting than a Sean Spicer press conference.” Among the masterpieces on the block was EVERY WHICH WAY + UP, created by the gala’s honoree and recipient of the Aspen Art Award, Lawrence Weiner, who called upon the room full of 600 supporters to focus their efforts on public works. “The whole point of art is about making it public,” Weiner said before his lot sold for an evening high of $450,0000. “When art is not seen, it doesn’t really exist.”

The night closed as a fleet of Audi Q7s shuttled guests to an after-party held at local hotspot BellyUp, where revelers cut a rug in honor of the $2.8 million raised for the Aspen Art Museum. “I think the people make the party,” event chair Amy Phelan told us before heading to the dance floor. “It’s an amazing community with terrific people from everywhere in the world. We’ve got great artists, great wine, and an amazing museum, so we’re all lucky to be here.”