In law, there is a saying: “Bad cases make bad law.” A situation is developing that will make bad law relating to the revocations of presidential designations of national monuments.

Controversy is brewing over President Donald Trump’s Department of the Interior’s review of a flurry of national monument designations made during Barack Obama’s final days in office. A good case can be made that Obama went too far with his last-minute designations of monuments, but the law that enables a president to make these designations was drafted in a way that only Congress—not a subsequent president—can remove designations once they are made.

The Constitution is clear when it maps out the powers of each branch of government. Article I puts forth the law making powers of Congress and Article II put forth the powers of the executive branch. Once Congress passes a bill, the president signs or vetoes it. If a president doesn’t like the law, he can ask Congress to change it, but he can’t decree that he will ignore the plain language of a statute.

On April 16, 2017, CNN reported, “In a move that could allow him to roll back the protection of lands designated by Presidents Bill Clinton, George W. Bush and Barack Obama, Trump signed an executive order Wednesday that reviews enforcement of the law that gives him power to designate lands as national monuments.” The problem is that Trump, nor any other president, does not have the power to revoke the designation of lands as national monuments because of the clear language of the law governing these designations.

The Antiquities Act, passed in 1906, is the statute in question. Section 2 of the law states in part “that the President of the United States is hereby authorized, in his discretion, to declare by public proclamation historic landmarks, historic and prehistoric structures, and other objects of historic or scientific interest that are situated upon the lands owned or controlled by the Government of the United States to be national monuments.” There is no provision for the president to withdraw designations of prior presidents of national monument status.

Noted constitutional scholar and Reagan administration lawyer Bruce Fein wrote in the Washington Times on August 1, 2017, “The text, spirit, and 111-year history of the Antiquities Act of 1906 militate against presidential power to revoke a national monument proclamation made by a predecessor president. That conclusion does not disturb the U.S. Constitution’s separation of powers.” This analysis is spot on.

Some conservative lawyers argue that the inherent powers of the president allow Trump to revoke or reduce prior designations. Attorneys John Yoo and Todd Gaziano write, “We are confident that, pursuant to this power to designate, a president has the corresponding power to revoke prior national monument designations, although there is no controlling judicial authority on this question.” The text does not explicitly allow this, yet the two conservative lawyers argue that the president has the power based on “his implicit power of revocation.” The word “implicit” is lawyer-speak for the idea that the statute does not allow action, but the president can act anyways.

Even though there is an attorney general opinion on the matter from 1938 that concludes the president can’t revoke these designations, Yoo and Gaziano further argue that the president has a “general discretionary revocation power.” They cite that “five days before Christmas, the White House announced the withdrawal of millions of acres of Atlantic and Arctic territory from petroleum development. Obama continued his midnight orders by proclaiming 1.35 million acres in Utah and 300,000 acres in Nevada to be new national monuments.” Congress could have prevented this scenario years ago by amending the law to prevent last minute designations, and they can change the law today if they so choose.

The Washington Post reported that Obama invoked the Antiquities Act “more than any other president. He has created or expanded 34 national monuments, two more than Franklin D. Roosevelt.” Conservatives were rightly upset at the overuse of the statute. Congress needs to change the law to change designations, not merely use some unpopular Obama designations to convince Trump supporters that the power of the president is unlimited.

Laws preserve order and ensure that a new president can’t rule the land through executive order. We are a nation of laws—not men. If there is a problem with a law, change it.

Brian Darling is former Sr. Communications Director and Counsel for Sen. Rand Paul (R-Ky.). He can be followed on Twitter @BrianHDarling 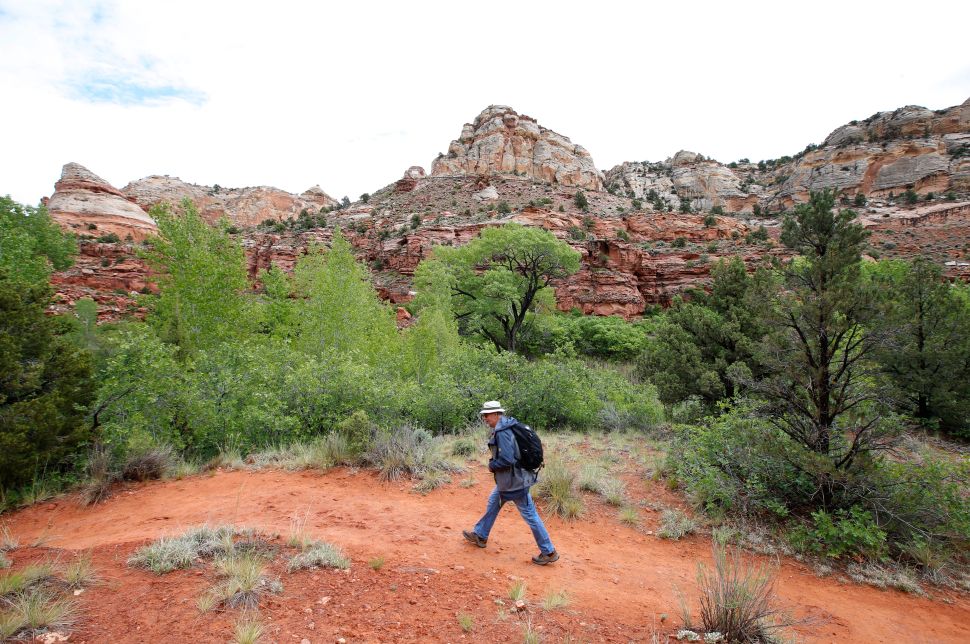