There’s more to Italy than pasta, wine and the idyllic philosophy of dolce far niente. Once a series of prosperous republics, this nation’s history is as varied as the colorful palettes of gelato that line its cities’ streets. From its perch on the silk route, Venice once took Constantinople’s place as the most powerful republic in the world. Florence spawned the idea of meritocracy—that a little known banker from the hills of Tuscany could establish a burgeoning empire and become one of the most important patrons of Renaissance art. In Milan, the country’s modern-day business capital, the ravages of war and depression gave way to resilience and an economic miracle. At these four historic hotels guests can relive some key points in Italy’s past.

This hotel has made a name for itself in recent pop history as the real star in Angelina Jolie and Johnny Depp’s The Tourist, but its glitzy credentials date back to its inception in the late 14th century. The flashy Dandolo family of Venetian nobility built the original building that anchors the hotel (now one of three Venetian Palazzi that comprise its space) in the fashionable gothic style, just as the Renaissance was dawning upon this wealthy republic set on the silk route. Since then it has hosted many a society soiree, as well as literary guests ranging from Charles Dickens to Truman Capote. And for good reason: there is no getting over the elaborate, three-level gilded golden stair that connects three floors of the original Palazzo Dandolo. Although the main salon features an elaborate coffered ceiling and an imposing sculpture-laden fireplace, the most impressive pieces can be found at the top-tier Doge Dandolo Royal Suite. Swathes of luxury fabrics and antique furniture are presided over by 18th and 19th century Murano chandeliers and oil portraits by 19th century Venetian artist Ermolao Paoletti. Its also claimed that the most stunning dining experience in all of Venice is to be had at Terrazza Danieli, the hotel’s Jacques Garcia-designed rooftop restaurant that overlooks landmarks such as St. Mark’s Square and the islands of the lagoon. 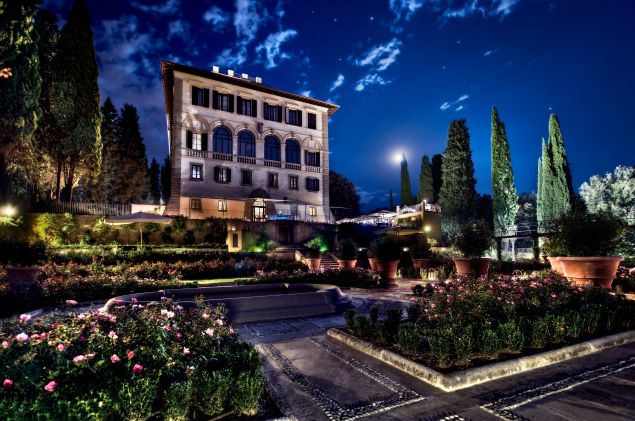 It doesn’t get much better than staying in an authentic Renaissance villa in the very birthplace of that storied era. Much like its Venetian cousin, this luxury hotel enjoys a colorful history as one of the hottest soiree spots in town. In the 15th century, the Bardis, a new money banking family in the Florentine republic, converted a modest farmhouse into the architectural marvel you see today. Sadly the hotel fell into disrepair until it was rescued by Ugo Ojetti, a modern Renaissance man of sorts, who hosted salons with artist friends such as Salvador Dalí. Today, no fewer than 12 and a half acres of sweeping, terraced gardens grace the lavish property, offering views of Renaissance icons such as Brunelleschi’s famed red dome. Each of the 45 suites in the hotel is different from the next, but they all share the hand of the finest Tuscan artisans. The most wow-inducing of the room offerings is the Alfresco suite. Legend has it that when artisans were stripping away a superficial ceiling during one of the hotel’s many renovations, they discovered a breathtaking vaulted ceiling replete with frescoes dating back to sometime in the 19th century. The excitement in this suite continues at floor level with an original antique Roman marble soaking tub—the perfect place to pause with a glass of Chianti after a day of sensory (and gelato) overload.

This gem was once a monastery to monks of the Franciscan order. Its unmistakably Renaissance façade is attributed to none other than Michelangelo. Inside, 25 of the 45 rooms are suites, but the most historically notable among them is the Michelangelo suite, which enjoyed past lives as the monks’ library and Napoleon’s headquarters in Florence. If that’s not lavish enough, the hotel also has its own “villa within a villa” bi-level Limonaia suite complete with a private pool. But what truly sets Villa San Michele apart is its culinary prowess. Not only is its La Loggia (housed in the monastery’s cloister) one of the best restaurants in town and an ideal place to marvel at the hilltop views of the city below, but the hotel also houses its very own cookery school.

Although this hotel only dates back to 1927, what it lacks in Renaissance street cred it makes up for in reputation—since its opening it has hosted the likes of Charlie Chaplin, Evita Perón and Aristotle Onassis. But business at this lavish hotel wasn’t always as bullish as it is today. Shortly after its opening Italy fell into a depression exacerbated by World War II. The hotel was taken over, first by the Germans, and then by the Americans. During Italy’s prosperous economic miracle of the 1950s, the hotel thrived and enjoyed renovations and expansions. Today guests are greeted with art deco furnishings, impressive stained glass, a domed ceiling and miles of the finest French and Italian fabrics and fine art. But if you’re really looking for over the top, the piece de resistance here is really the presidential suite, which sprawls over three bedrooms and even features its own spa, pool and hammam—no wonder Madonna loves it so much. 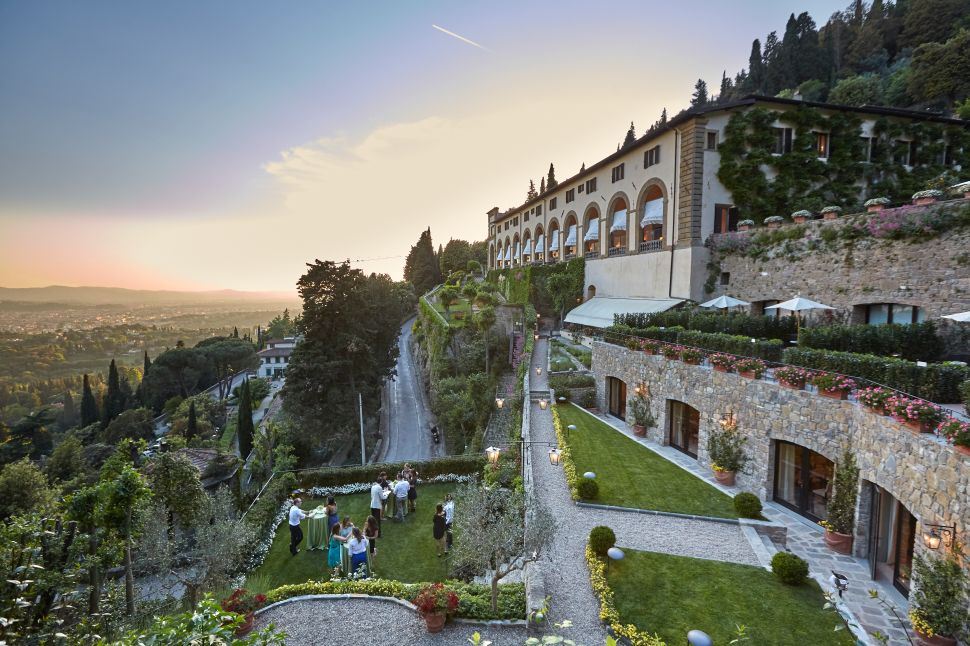