Now that the mystery surrounding Daniel Craig’s return to the James Bond franchise has been solved, we can turn our attention to the next big 007 question: who will be singing the new title song? According to the Daily Star tabloid in the UK, Beyonce may be tapped to deliver Craig’s swan song.

It’s not as if Beyonce needs any extra shine in her career; she’s sold an estimated 100 million records and has won 22 Grammy’s. But the opening Bond song is an iconic component of the long-running franchise. Shirley Bassey, Paul McCartney, Carly Simon, Sheena Easton, Duran Duran, Adele and Sam Smith are just some of the artists who have put together ever-lasting work for the series. It would be yet another impressive notch on Beyonce’s belt if she stepped in for the 2019 feature.

Per the tabloid, Beyonce’s interest in doing so was first piqued while discussing the opportunity with Adele, whose “Skyfall” was the first Bond song to win an Academy Award.

“The two spoke before Bey’s first meeting with film bosses and Adele told her how co-writing and performing a Bond theme gave her an amazing career hike,” a source told the Daily Star.

This is all unconfirmed at the moment, but it would make sense to bring in the music industry’s biggest star for the 25th James Bond picture. But the secret agent may have to compete for her time. Disney is reportedly courting Beyonce to voice Nala in the live-action Lion King remake, though she has yet to officially commit due to her pregnancy with twins.

The next Bond movie will arrive on November 8, 2019 and Craig will be returning for one last go-around as 007. Other than that, not much is known as the distribution rights for the series are still up for grabs. EoN Productions and MGM have yet to announce a director or a plot synopsis, but we do know it is being written by franchise veterans Neal Purvis and Robert Wade, who have had their hands in the last seven Bond movies. 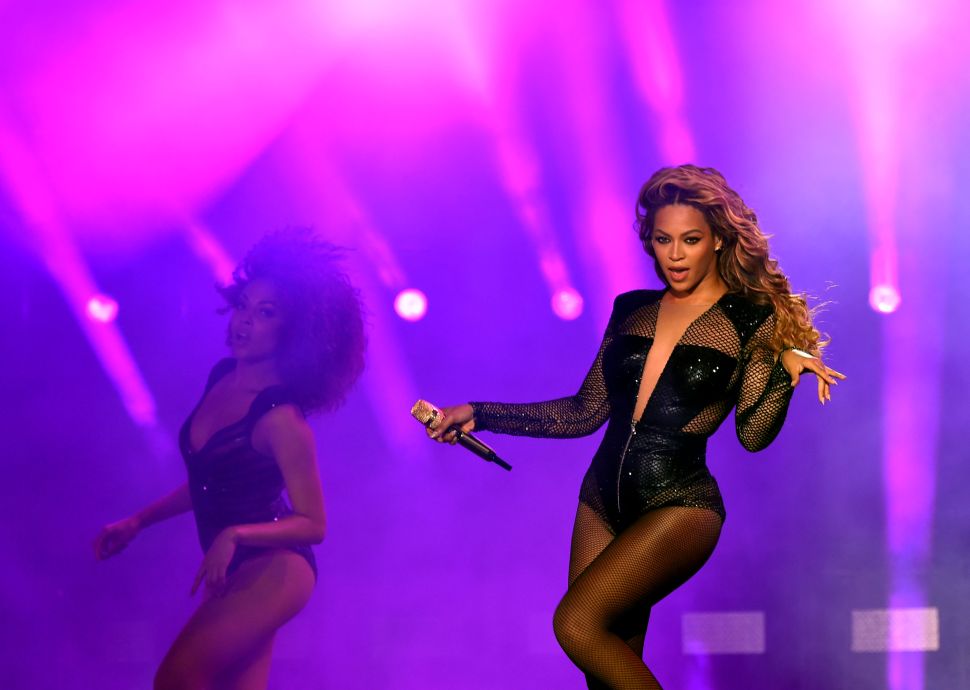