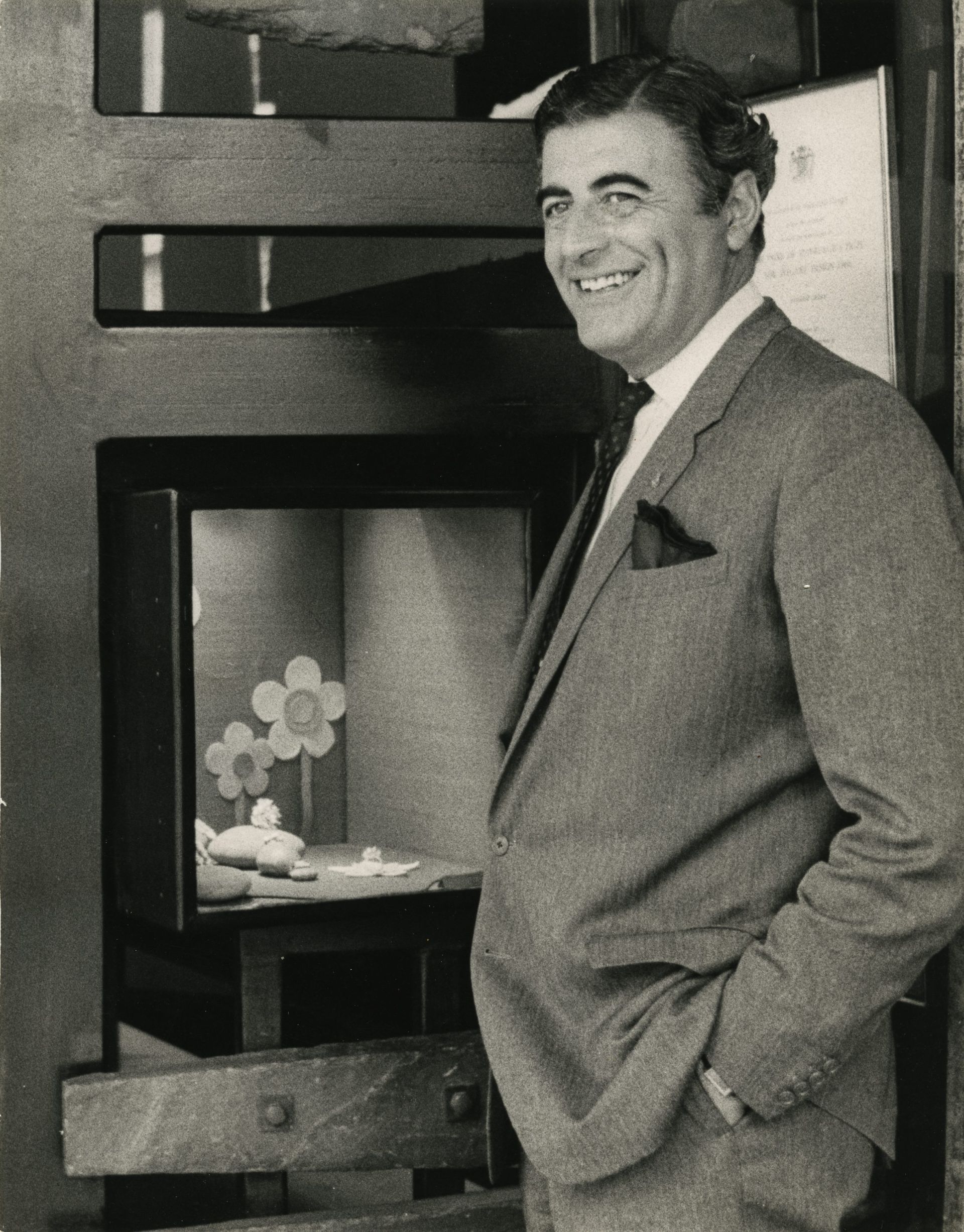 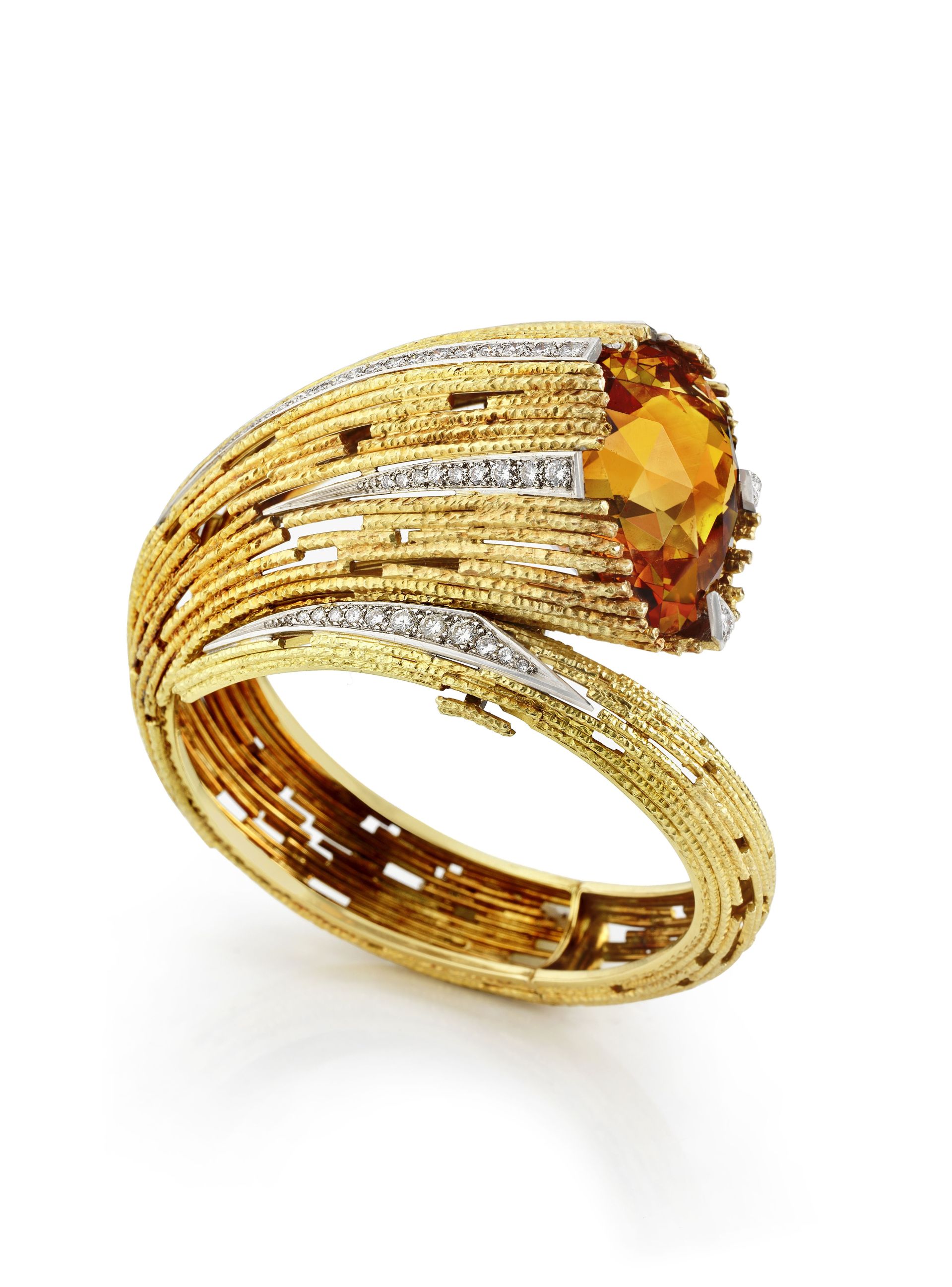 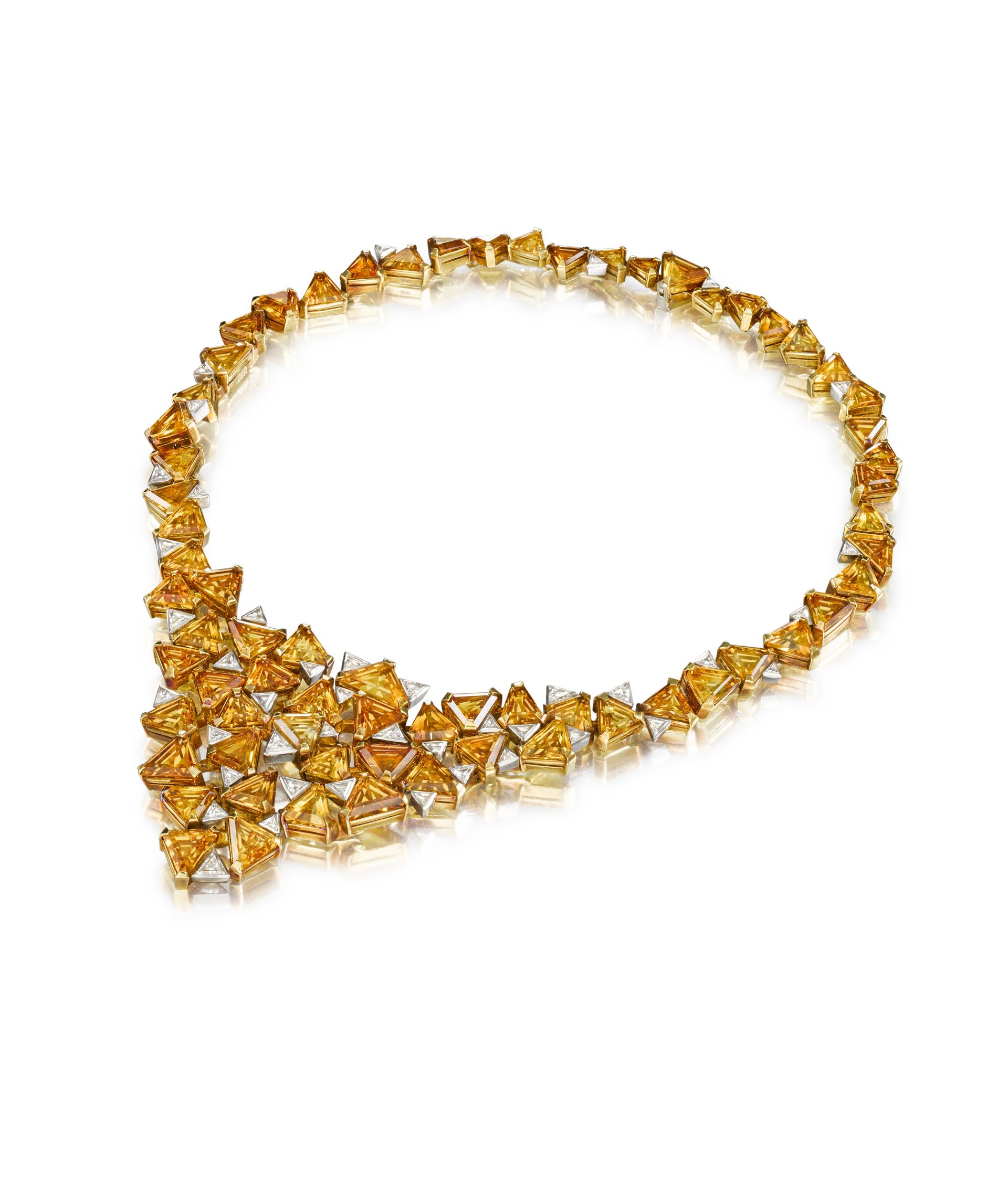 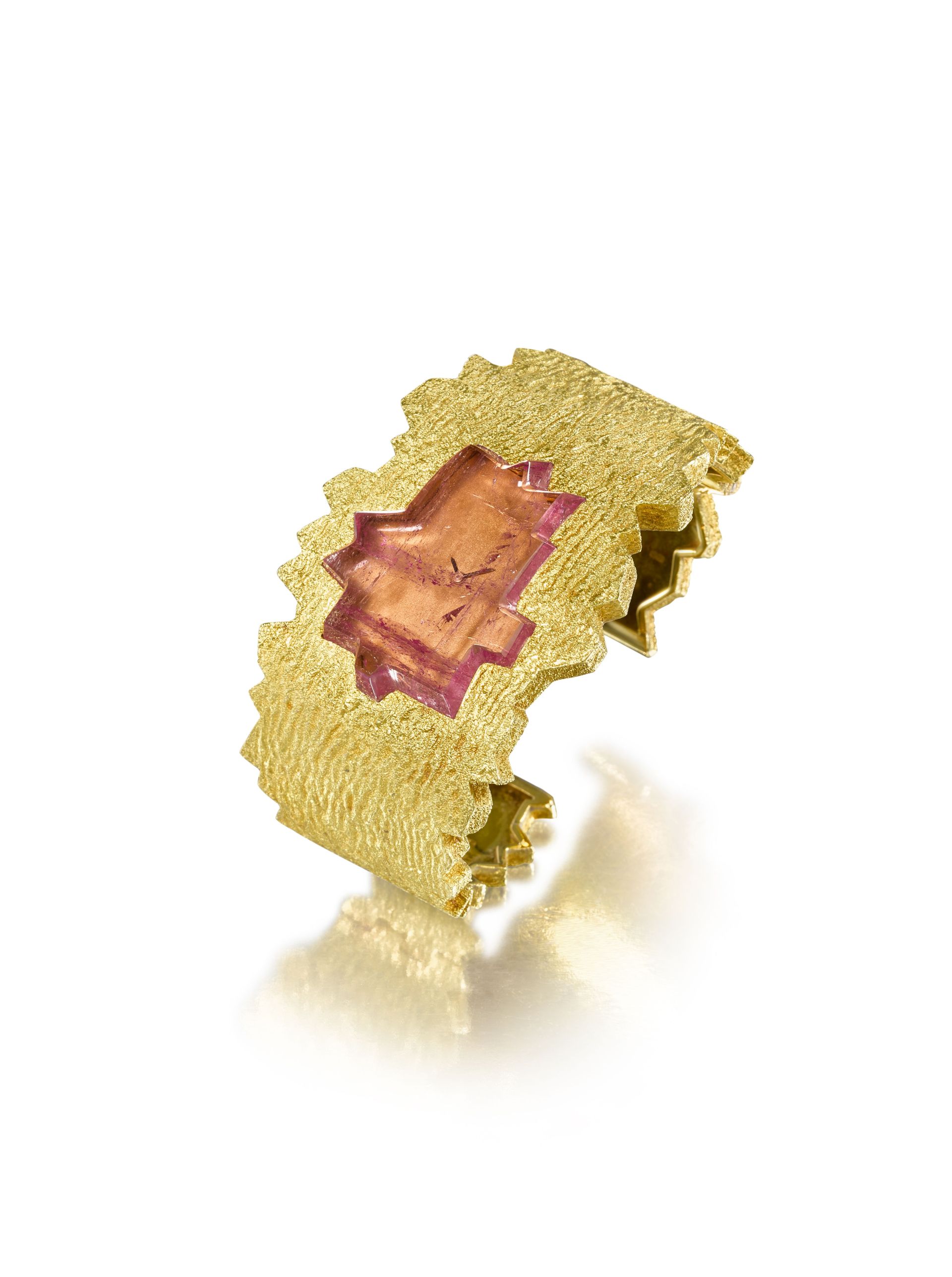 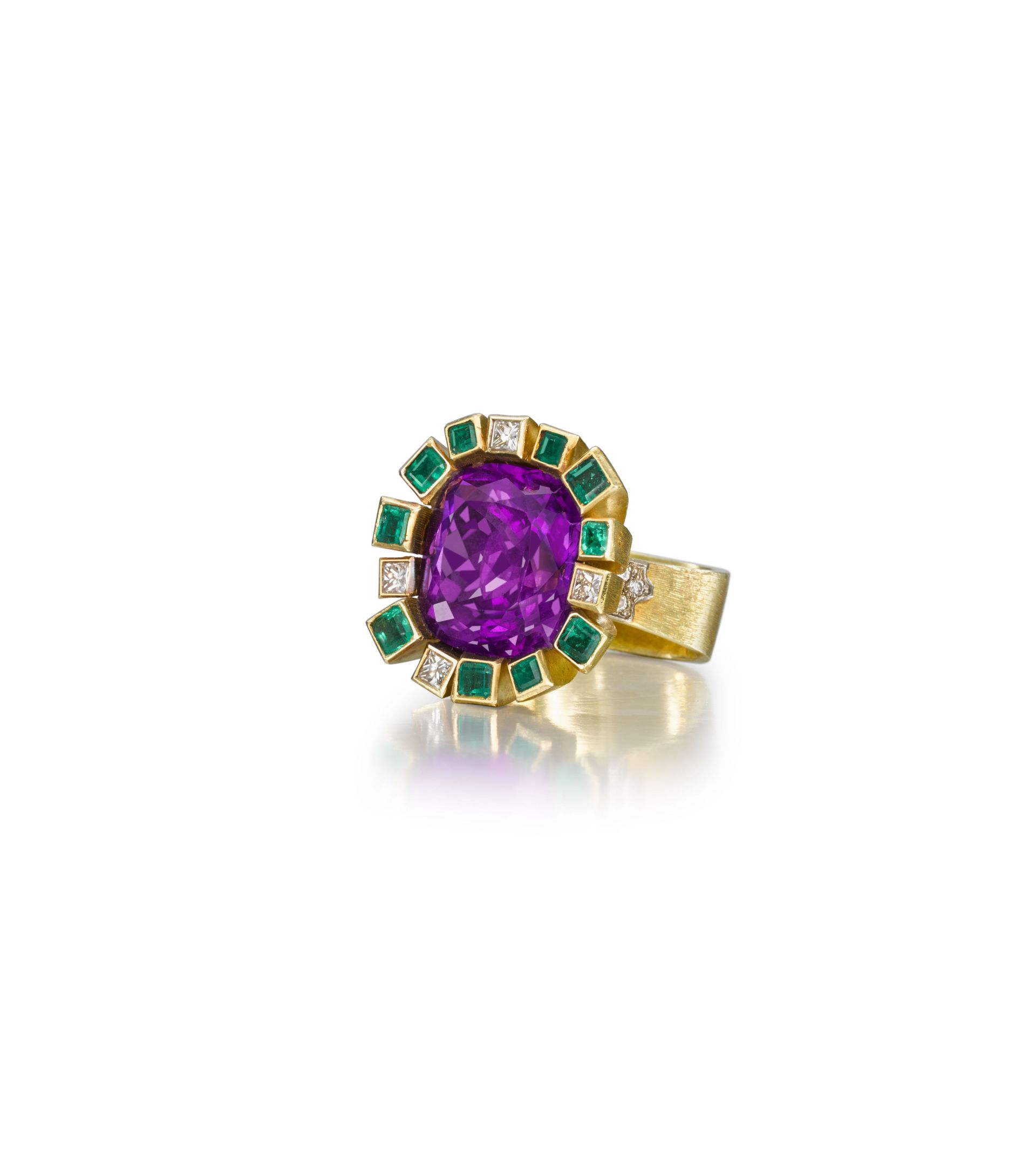 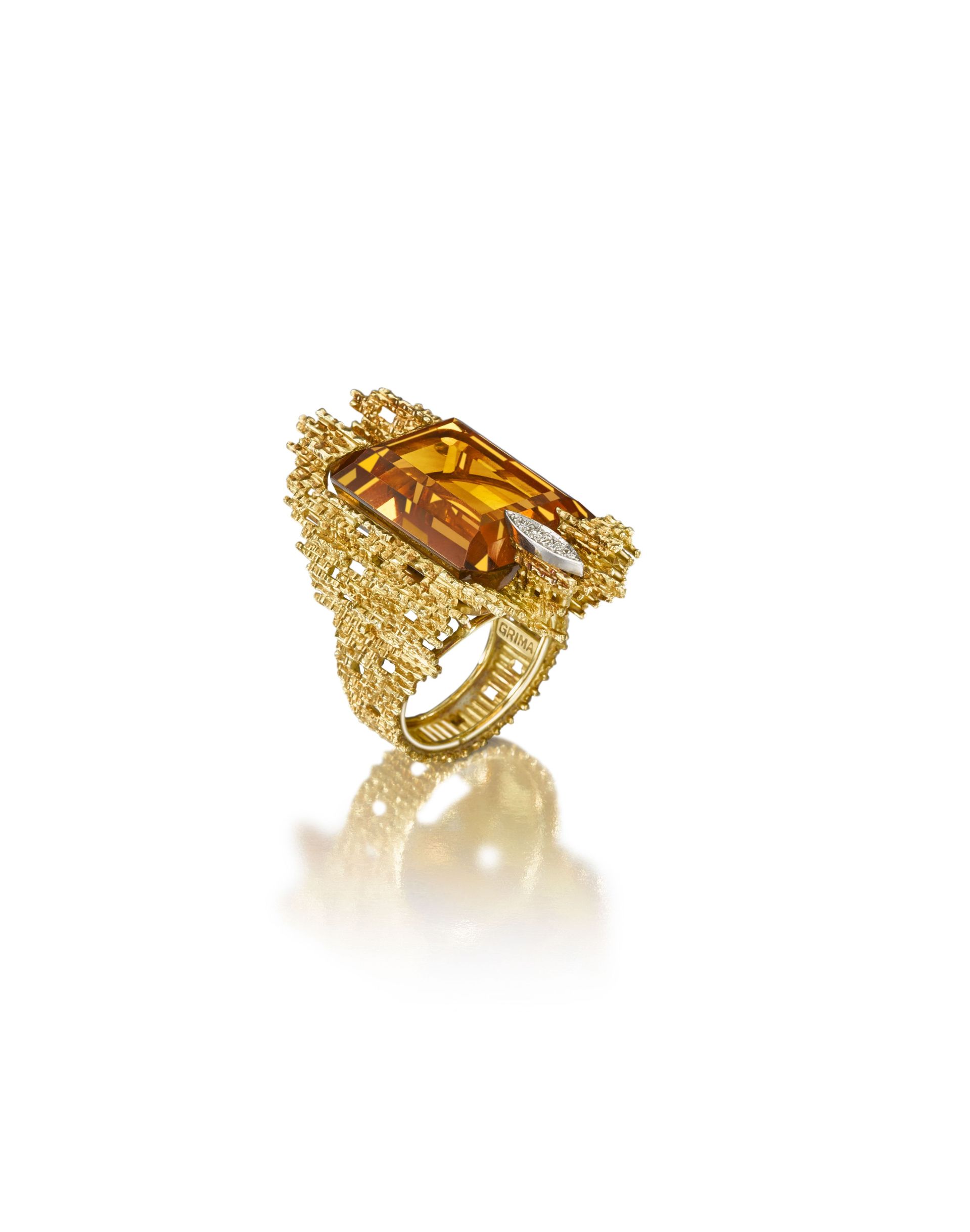 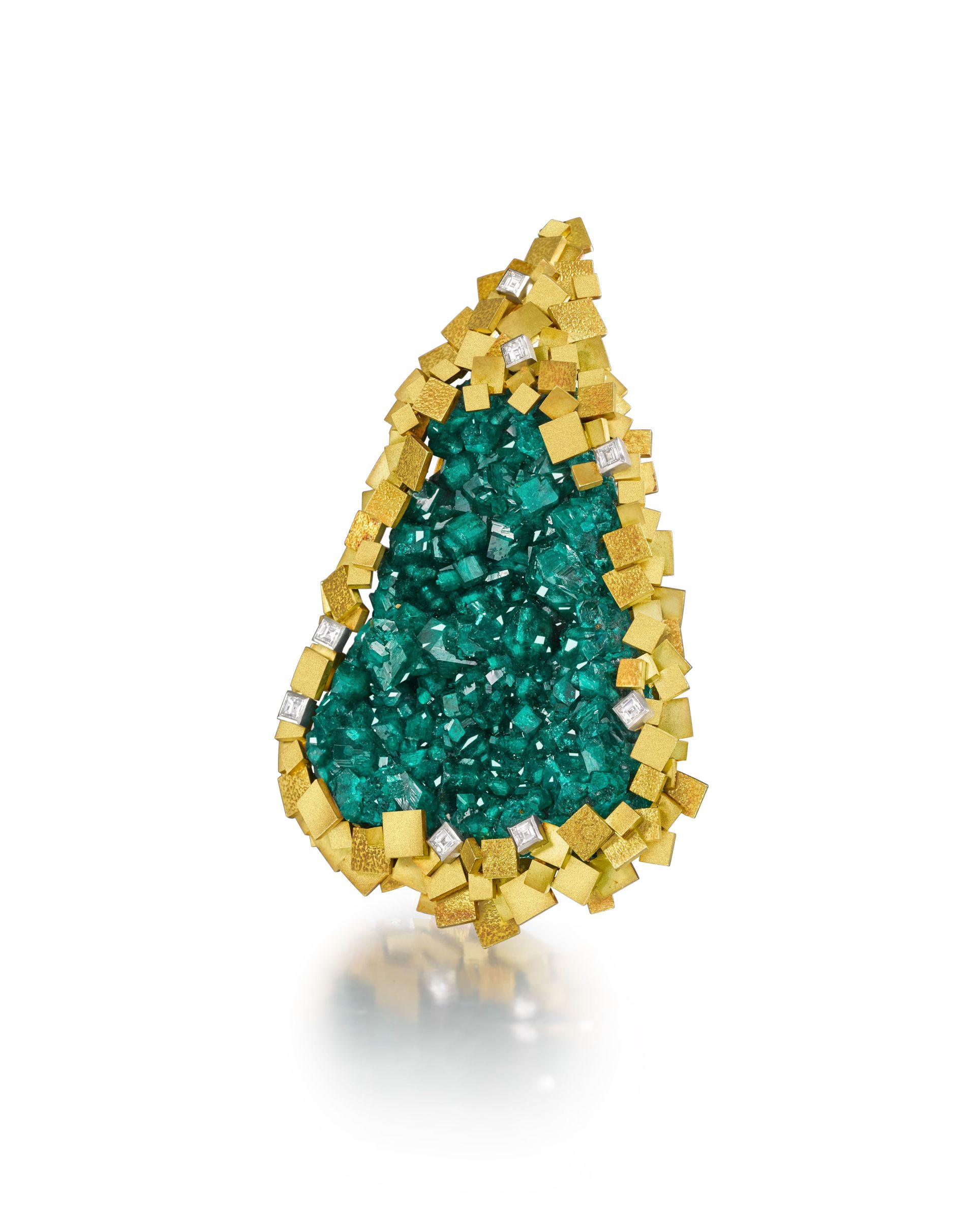 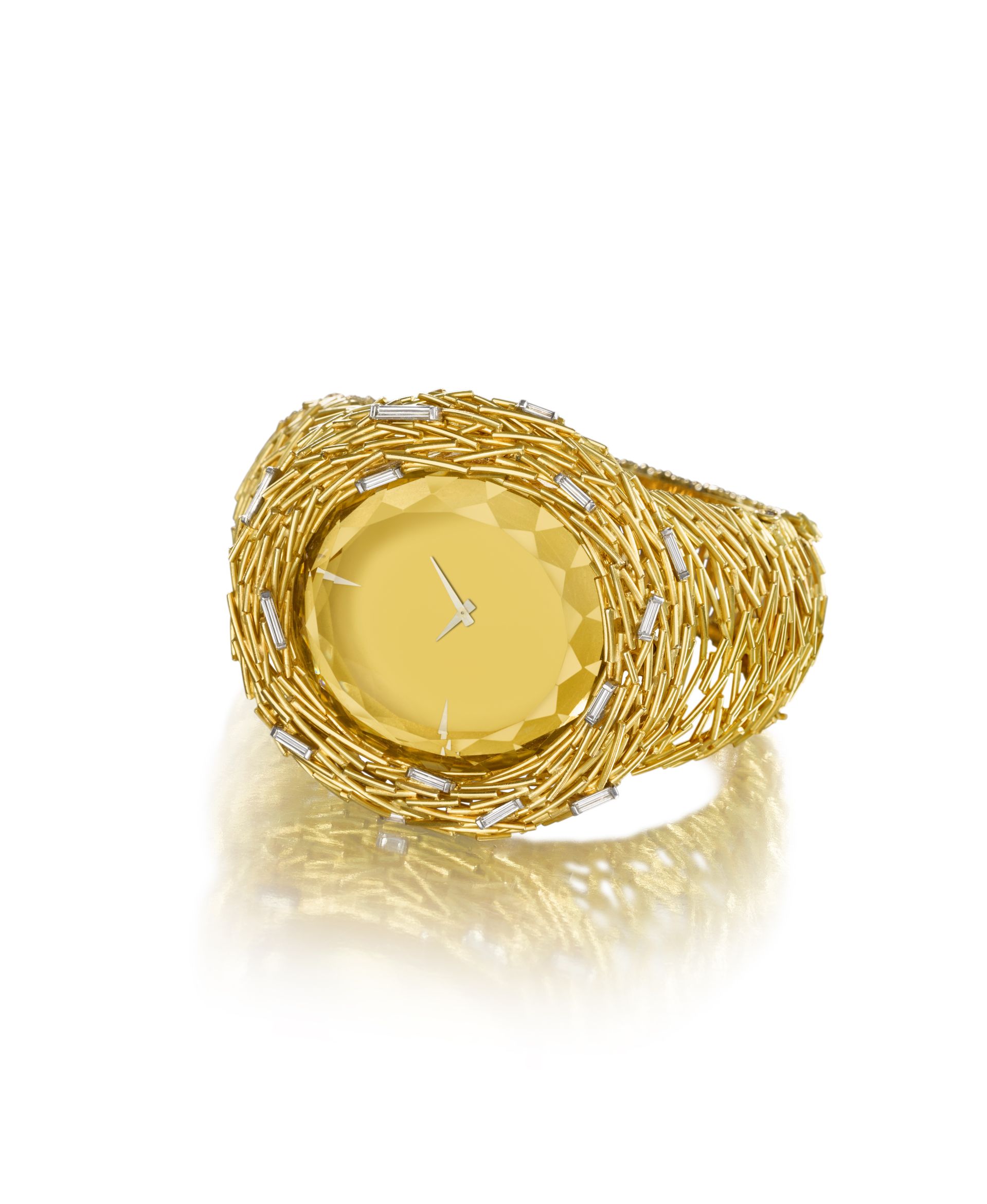 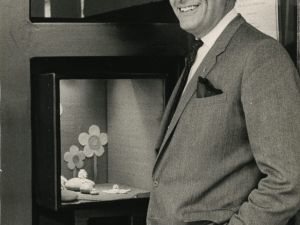 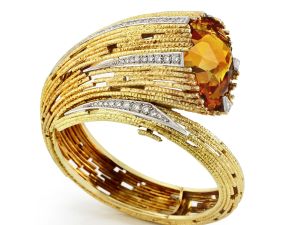 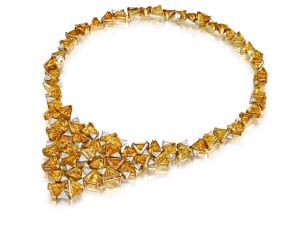 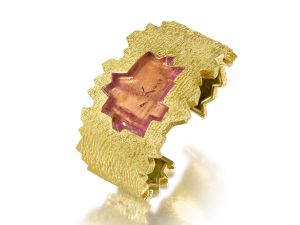 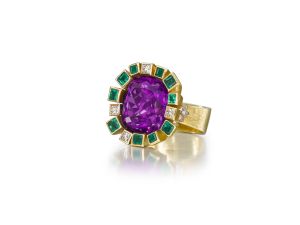 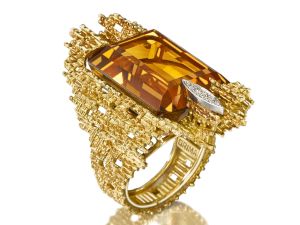 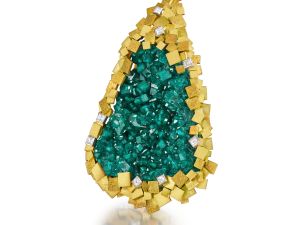 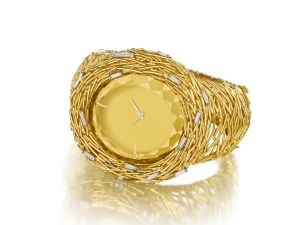 The pioneering jeweler, who died in 2007, was known for his revolutionary rough-hewn designs which utilized unconventional gemstones and borrowed inspiration from nature and organic forms. His designs from the 1960s and ’70s were highly sought after by celebrities and collectors alike. Collectors through the years have included Jackie Kennedy Onassis, Ursula Andress, Marc Jacobs and Miuccia Prada, to name a few, according to a press release for the event.

“Andrew Grima’s work is distinct in terms of its design, quality and originality,” Bonhams jewelry department director Emily Barber said in the release. “He was essentially an artist whose medium happened to be jewelry. His designs capture the spirit of each era in which he worked yet are still immensely wearable and contemporary today….”

The September sale will feature 55 pieces spanning his earliest experiments to some of the last pieces he made shortly before his death. The jewelry comes to the house by way of a single collector, and is the largest private collection of the artist’s work to ever be sold at auction, according to Bonhams.

The Italian-born, self-taught designer first came to the trade after marrying a jeweler’s daughter, according to his obituary in the Guardian. However, his willingness to experiment with stones such as amethyst, aquamarine, citrine and and tourmaline—some uncut and completely rough—set him on a path to stardom, showing in exhibitions alongside Pablo Picasso and Alexander Calder and eventually earning commissions from the Queen. Grima showcased his works in a custom-designed store on London’s Jermyn Street which, like his baubles, took its inspiration from from the rugged quality of the rocks he favored.

Graham Hughes, who served as art director at the Goldsmith’s Company for 30 years, and was responsible for collecting a significant (“more pieces by Grima than by any other living craftsman”) amount of Grima’s work for the institution, said of the shop in his 2008 obituary for the designer in the Independent (written just a few years before his own death): “They contrived a splendid shop front with great slabs of rough, irregular shaped slate, allowing the small rectangular showcases to poke their way in between. The effect was one of intense contrast: primitive, barbaric, blank areas of stone beside delicate pinpoints of lights. It was part fortification, with huge steel nuts and bolts and bars to hold it together, part fantasy in space, luring the observer inside from the bright to the dark through the dark crevices to the chinks of light within.”

On the market for Grima’s works today, Barber said, “Collectors of Andrew Grima’s designs consider them as miniature artworks. They are drawn to Grima’s work because of its bold, cutting-edge design and the fact that his pieces were often unique.”

While the collector whose trove is to be sold wished to remain anonymous, they did have this to say about Grima, in a statement provided by the house: “When you look at a piece of Grima jewelry you are moved by exquisite artistry in much the same way that you would be moved standing in front of a beautiful painting. In fact, for me, Andrew Grima is the great impressionist of jewellers.”