After campaigning as the candidate best able to work with business, President Donald Trump has shown he is anything but.

A stream of resignations from high-level business counsels hit a crescendo recently when Trump was forced to disband two executive councils. The widespread and public defections were in protest over his unwillingness to unequivocally condemn racism and intolerance over the violence in Charlottesville, Virginia.

As an expert in organizational communication and leadership, I saw the dismissal of the councils as a dramatic and important moment in the relationship between top business leaders and the president. But does it spell the demise of the often difficult partnership between President Trump and corporate America?

CEOs like Merck’s Ken Frazier rightly voted their conscience when they began to abandon Trump’s American Manufacturing Council and the Strategic and Policy Forum. Frazier, the first to resign, said he felt “a responsibility to take a stand against intolerance and extremism.”

The Wall Street Journal, however, was quick to point out that many companies have stopped short of saying they would refuse to work with the White House in the future.

Indeed, despite the heated rhetoric, one thing is clear: Corporate America wants and needs to work with the administration, while the president benefits from a healthy relationship with America’s CEOs.

So if they both need each other, the question becomes how this increasingly tenuous relationship will play out.

CEOs from companies as diverse as General Electric and Under Armour resigned their positions on the councils and condemned the president. Despite this, their companies will continue to need to press their vast legislative and regulatory agendas with the White House.

Pretty much every U.S. company has a vested interest in economic and global affairs and the policy choices of the U.S. government. In recent days, some CEOs have told reporters that they regret – now that the councils have disbanded – not having a direct role to play and a collective voice in policy matters.

Others, such as Apple’s Tim Cook, show how it’s possible to publicly disagree with the president over some issues, such as equality, immigration and climate change, yet continue to influence the course of areas like tax reform and LGBTQ rights in private.

This may well be the new way of doing business with Washington.

In general, it is generally not in the best interests of the country to have a schism between the president and corporate America. History shows that there have often been tensions between government and business, yet both sides have generally been able to work collaboratively during critical times.

During Barack Obama’s first term, for example, there was tension between the White House and corporate America over issues such as regulation and his response to the financial crisis. Later in Obama’s presidency, however, business leaders worked closely with him to goad Congress into dealing with fiscal issues like the debt ceiling more responsibly to avoid hurting American’s credit rating or the stock market.

Learning the value of corporate values

What Trump – and perhaps his party as well – needs to learn is that values such as diversity and inclusion are very important to companies and their customers.

American companies have found that promoting these values, both internally and externally, increases revenue, motivates employees and fosters innovation.

That’s not something companies want to walk away from, nor should they. It is incumbent on this president, who has touted his ability to understand business, to not only face this fact but also to take it to heart.

Americans expect their president to be the moral leader of the United States, and as such, he must stand firmly for American values. When he fails to do so, CEOs have a responsibility to stand up for those values and to call out the president’s failures, as they just did.

Is there hope after Charlottesville?

So how will this historic and dramatic breach between a Republican president and the business community be closed?

In a word: carefully.

Businesses will have little choice but to continue to interact with the White House on some level but in a way that acknowledges how devastating and dangerous dancing with this administration can be. It won’t be business as usual. In the short term, look for most of the engagement to happen on the staff level and through intermediaries such as lobbyists and lawyers.

Meanwhile, the president would be wise to remember that good leaders are often good listeners. Kevin Sharer, the former CEO of Amgen, for example, identified listening as the most critical skill for effective leadership, a sentiment I hear echoed continually from business leaders in my ongoing work on identifying the most critical skills for successful leadership.

Pundits suggest that Donald Trump will always be Donald Trump, without change. Yet doing so has consequences, as the recent defections of CEOs and members of the Council of Arts and Humanities, established in 1982 under President Ronald Reagan, clearly show.

As these decisions show, principled business (and other) leaders will not turn their back on the values they have embedded into their organizations. They will continue to speak out when those values are challenged.

President Trump must now recognize and embrace the values of diversity, equality and inclusion and work collaboratively with leaders from business and government.

This is imperative if he hopes to be effective. CEOs, lawmakers and the American public – including myself – will be watching with keen interest.

Neal Hartman is a Senior Lecturer in Managerial Communication at MIT Sloan School of Management. This article was originally published on The Conversation. Read the original article. 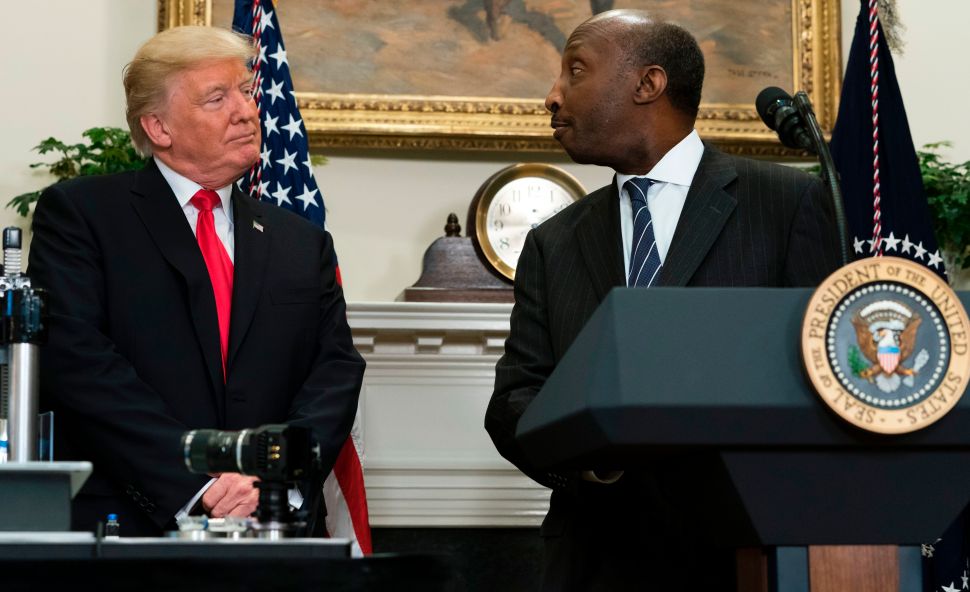