Sen. Bernie Sanders immediately condemned the shooting saying, “I am sickened by this despicable act. Let me be as clear as I can be: Violence of any kind is unacceptable in our society, and I condemn this action in the strongest possible terms. Real change can only come about through nonviolent action, and anything else runs counter to our most deeply held American values.”

Sanders’ statement was hailed as appropriate to the moment. When a sociopath with a peripheral involvement in politics commits a violent act, it is unfair to attribute broad political blame. It is also unnecessary for a politician to disclaim personal association with the act. That disassociation is assumed.

President Donald Trump also addressed the shooting saying, “We may have our differences… We are strongest when we are unified and when we work for the common good.” The New York Times favorably noted that, “Mr. Trump steered clear of the possible political motivations of the gunman,” and instead issued a “dignified” call for unity.

Less than two months later, a sociopath associated with Nazis plowed his car into a crowd of protestors in Charlottesville, Va., killing one.

Trump again steered clear of political motivations. He said, “We condemn in the strongest possible terms this egregious display of hatred, bigotry and violence on many sides, on many sides. It’s been going on for a long time in our country.”

All hell broke loose. Why?

It is difficult to discern a substantial difference between Sanders’ condemnation of “violence of any kind” and Trump’s “violence on many sides.” They essentially mean the same thing. Sanders actually went a step further by seemingly endorsing the impetus to change that motivated the gunman, saying only that it should be expressed nonviolently.

Imagine the hue and cry if Trump had gone there.

One practical difference is that Hodgkinson was associated with the Democratic Party and Sanders’ campaign. The lunatic in Charlottesville was a Nazi and not associated with any mainstream American political party. But that would only seem to lessen Trump’s responsibility to create political distance.

Trump followed his initial statement two days later with a harsh criticism of Nazism, explaining that he was not certain of the political affiliation of the driver at first. It was called a “belated” criticism, the suggestion being that Trump at first did not want to offend Nazis and was only forced to do so by circumstance.

Then ensued a wild press conference where the questioners attempted to associate the president with something they called the “alt right.” He angrily asked them to “define alt right.”

H.L. Mencken observed that, “The whole aim of practical politics is to keep the populace alarmed (and hence clamorous to be led to safety) by menacing it with an endless series of hobgoblins, all of them imaginary.”

Richard Spencer existed before Trump, as did Nazi marches. What is going on here is a concerted effort to make Trump the cause of white supremacists by unfairly parsing his statements to suggest a connection.

More, the media wishes to say that this white supremacist movement is what got Trump elected. Having spent little time in rural Ohio, the dominant culture considers them all to be shotgun wielding racists, whom Trump attracted to his cause by appealing to their deplorable-ness.

These are ridiculous and unfounded charges that effectively libel half of America. It is a tactic as old as dredging up a “homeless problem” in the Reagan administration for no other reason than to say that his policies were responsible for it.

Fake news, indeed. The same homeless existed under Carter and Clinton, with nary a mention on the news. Just as Spencer and the Nazis have been elevated by the media and made something they’re not—important—because of Trump.

The intellectual high- mark of Trumpism may have been Peter Theil’s keynote address to the Republican National Convention where he declared, “Fake culture wars only distract us from our economic decline.”

The United States has a $500 billion trade deficit. Items once manufactured in America are now being manufactured by cheap labor elsewhere and imported. It has caused displacement and despair in the American heartland.

The fake culture wars are not limited to the left, either. The right, too, has its hangers on in Washington, generating outrage over this and that solely to gain rank and position among the outraged but never coming close to fixing the problem.

The Republican Party’s failure to pass a bill to repeal Obamacare when they finally had a president who would actually sign it displays this inertia almost perfectly.

Outside of the coastal echo chambers, people are sick of it. The relatively small numbers and inbred look of that Nazi crowd in Charlottesville says that whatever is going on there is obscure and irrelevant in the bigger picture. It’s comparable in political scale to James Hodgkinson’s mental health issues.

Certainly, it does not look good for the president at this moment. Given the force and the fury of the opposition, he seems as discredited and marginalized as he did at 7:59 EST on the night the polls closed.

This should tell the media something: You’re going to need something more than phony associations with Nazis and Russians to defeat Trump. Because the political movement that put Trump in office is rooted in economic considerations and thinks you’re full of it. 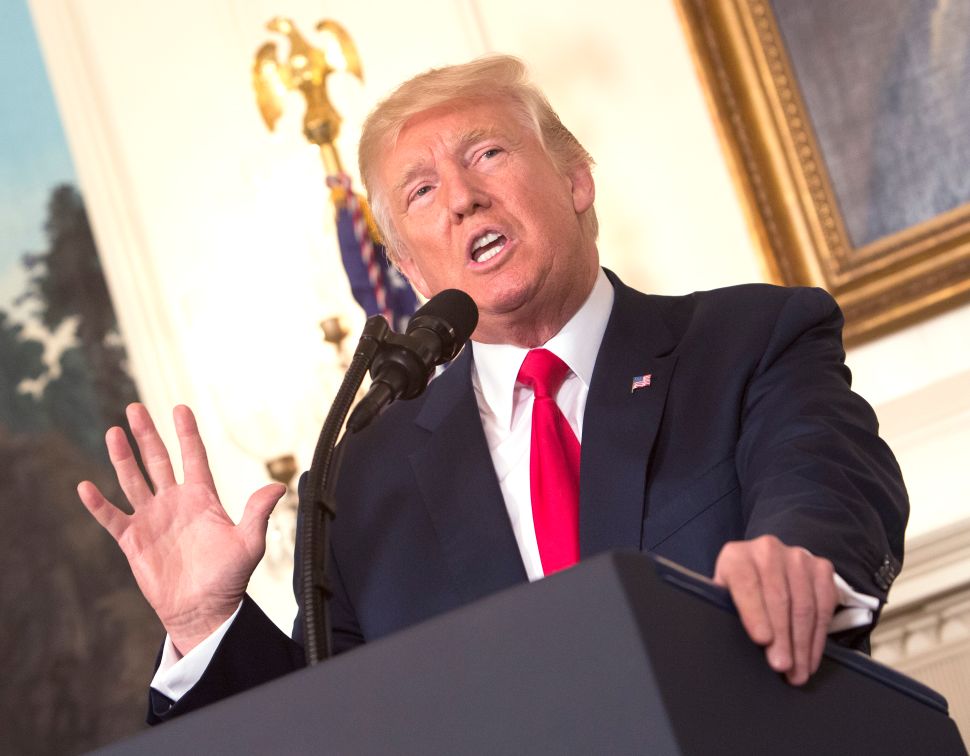