There is something we need to know if we are to navigate our future without wasted, immoral and purposeless warfare. We need to forget everything we have learned so far and start again in this moment of chaos. To find a framework for what occurred in Charlottesville over the weekend, we need to find out: Does the spark of neo-fascism that awakened in Thomas Jefferson’s hometown just off the Shenandoah Valley constitute a movement? Yes. Does it suggest a repeat of the Civil War, the conflict between North and South that took 620,000 American lives, about half of all the lives taken in all of America’s wars? No, but it does bear a resemblance.

We are no longer a North versus South country. Since President Richard Nixon landed in China on Monday, February 21, 1972, we have increasingly become an East/West country in an East/West world. Today, the U.S. is split in three: New York-dominant eastern shores, California on the western shores, and red states in the heartland are finding for the first time almost complete political autonomy between the coasts.

The U.S.’ current makeup is reminiscent of Europe’s at its beginnings, with Rome on one side and Constantinople on the other. The world which would rise (and fall) to dominance in the last 2,000 years awakened between the two cities. Meredith Whitney, an economic forecaster renowned for her startling and prescient forecasts, has written that America will find its true destiny here between the coasts.

And yes, that resembles the internal conflict between the urban, industrial North and the rural, agrarian South in 1861, which in the end was about which would be master, to paraphrase Lewis Carroll. We have come to the beginning of it this past weekend.

“Forget everything you think you know about the American economy, about our growing need for foreign oil, about the rise of the service economy and the decline of American manufacturing,” Meredith Whitney, a few years ahead of her time, wrote in the first chapter of her book, Fate of the States: The New Geography of American Prosperity. “The story of the next thirty years will not be a repeat of the last thirty.”

America will rise in its middle as “wealth, power, and opportunity flow away from the coasts and toward the central corridor,” claims Whitney.

Her book was published in 2013, two years before the Trump campaign began. It might well be seen as a prototype for an indigenous cultural and economic vision, one that naturally yields to rising economic cycles. A wise and mature future leader might nurture this approach to its fullest expression in a new American cycle as great as that which we experienced after 1776.

But there is a problem.

The Donald Trump presidency, Chaos Incarnate, is catalyst to this transition. This phenomenon—the Trump phenomenon, for that is what it is—may last another week or echo for a century to come.

There may be no turning back.

“And yet we must know that if Trump is today’s American ‘thesis,’ then his ‘antithesis’ in the coming year or years will be equally unstable and possibly also extreme, with no stabilizing American ‘synthesis’ in sight,” writes Canadian scholar and editor of Global Brief Irvin Studin. “It would be foolish, then, to presume that things in America will calm down or ‘normalize’ when Trump makes his exit, and foolhardy to believe that the world will not have been further destabilized, including possibly in nuclear terms, by the time he does make his exit.”

Are the tragic events in Charlottesville over the weekend a harbinger? Is America a failing or failed state?

Already the states are falling away and turning on Washington. First the red states did and now the blue states are following. Already states and major cities are beginning to act as independent city-states. This will be the story of the rising century as well. New York City will begin to see itself as an independent, global, city-state. California is already acting like “the modern equivalent of the ancient city-states of Athens and Sparta” as Gov. Arnold Schwarzenegger called it in 2007.

Washington—a “cesspool” and a “sewer” Trump told the Boy Scouts at their Jamboree in West Virginia recently—is becoming increasingly irrelevant. With such a president, no wonder Texas Boys State, which usually offers a modest prediction of mainstream politics for decades ahead—alumni include Bill Clinton, Chris Christie, Neil Armstrong, Tim Cook and Jon Bon Jovi—voted by an astonishing margin for Texas secession in their June convention.

Historian Dan Carter wrote in The New York Times early in Trump’s campaign, “Donald J. Trump, reality television star and real estate mogul, is different in many ways from major political figures in our past. But there are striking similarities between Mr. Trump and George C. Wallace, the Deep South politician who ran for president each opportunity he got from 1964 through 1976. The connections between the two—their rhetoric and their ability to fire up crowds—give us a better sense of what Trumpism will mean once he is gone from the campaign stage. After all, political losers as well as winners can shape the future.”

Their influence, even far from the White House, has an impact.

We have seen it this past weekend in Charlottesville.

But not to worry, Carter wrote in 2016, “George Wallace was never going to be president; neither is Donald Trump.” 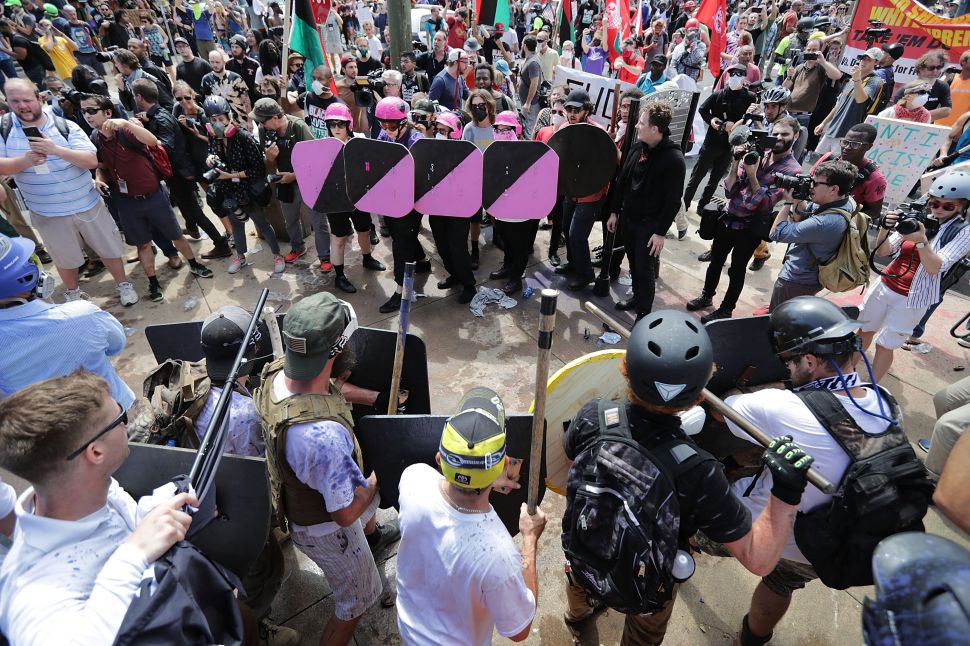