Progressives make establishment Democrats look bad because their policies illuminate the fact that the party has left working, middle class, and low income Americans behind. For this reason, every time the Trump administration, Republicans, or the alt-right have sparked widespread anger, establishment Democrats have exploited the outrage to smear progressives and Bernie Sanders supporters, ignoring that they oppose these forces on the right.

Last weekend in Charlottesville, Va., many progressive groups that are pejoratively aligned with the “Bernie Bros” and the “Alt-Left” participated in the protests against white supremacists and neo-Nazis demonstrating in support of a Robert E. Lee statue on the University of Virginia campus. Members of the Democratic Socialists of America and the International Workers of the World were injured and one of them, Heather Heyer, lost her life. Despite this, the president of Center for American Progress, Neera Tanden, and Daily Kos Founder Markos Moulitsas used the event to shamelessly attack the “alt-left” and progressives. Today, President Donald Trump used the same pejorative term perpetuated by Democrats to dismiss criticism of the white supremacist rally.

In response to the events, Moulitsas tweeted, “Anyone still pretending last year’s election was about ‘economic anxiety’ anymore? I mean, outside of the alt-left that is.” Tanden tweeted, “We have actual fascists marching with torches. Maybe everyone on the progressive side could focus on the enemies of progress in front of us.” Armando Kos, a Daily Kos editor tweeted, “The Alt Left drew equivalence between Trump and Clinton, ignoring the racism and bigotry of Trumpism.”

Establishment Democrats’ tendency to punch left ignores that progressives, not moderate Democrats, are the ones who individually and collectively mobilize against fascism. Centrists have traditionally denigrated and attacked protesters—if not ignored them completely. From the Occupy Wall Street movement to the protectors standing up to the Dakota Access pipeline, to the counter-protests against white supremacists, and the nurses and activists fighting for single-payer health care in California and across the country, the purveyors of the Bernie Bros and alt-left myth are nowhere to be found.

ShareBlue, a centrist outlet, did not run a single story on the Dakota Access Pipeline protests. Neera Tanden, Markos Moulitsas, and DNC Chair Tom Perez never tweeted or otherwise mentioned the protests. Meanwhile, a militarized police and security force terrorized Native Americans at the Standing Rock Sioux reservation. Instead of embracing movements like Black Lives Matter, Standing Rock, anti-fa, or organizing against racism, social injustice, and oppression, centrists cover for establishment forces by pushing false narratives against activists. In the wake of the Charlottesville protests, New York Gov. Andrew Cuomo is trying to push through legislation that would enable the prosecution of protesters, in a manner that equates the white supremacist rally to the activists who opposed them. However, when it’s politically beneficial, establishment Democrats are quick to swoop in and seize the public relations benefits, as they did after the Army Corps of Engineers temporarily halted the Dakota Access Pipeline construction. Similarly, after the protests subsided in Charlottesville, Democrats aligned themselves with those who protested the white supremacists.

Moderate Democrats tend to punch left instead of embracing activists and working with them for the betterment of the American people. Establishment Democrats operate in partnership with corporations and elites, and to keep this partnership afloat, they frame anything that challenges it as radical. Terms like “far left,” “alt left,” and “Bernie Bros” are used to invalidate progressives. Establishment Democrats assert that progressives impede progress and compare them to the far-right, but it is the status quo that enabled Trump’s rise in the first place.

Progressives and Bernie Sanders supporters don’t have all the answers, but that’s the point of progressive policies and their grassroots attitude toward politics. It’s not about an absolutism based on one person; it’s about people coming together to achieve racial, social, and economic justice. The attacks against leftists in the context of these activist movements are meant to disempower these vital movements. 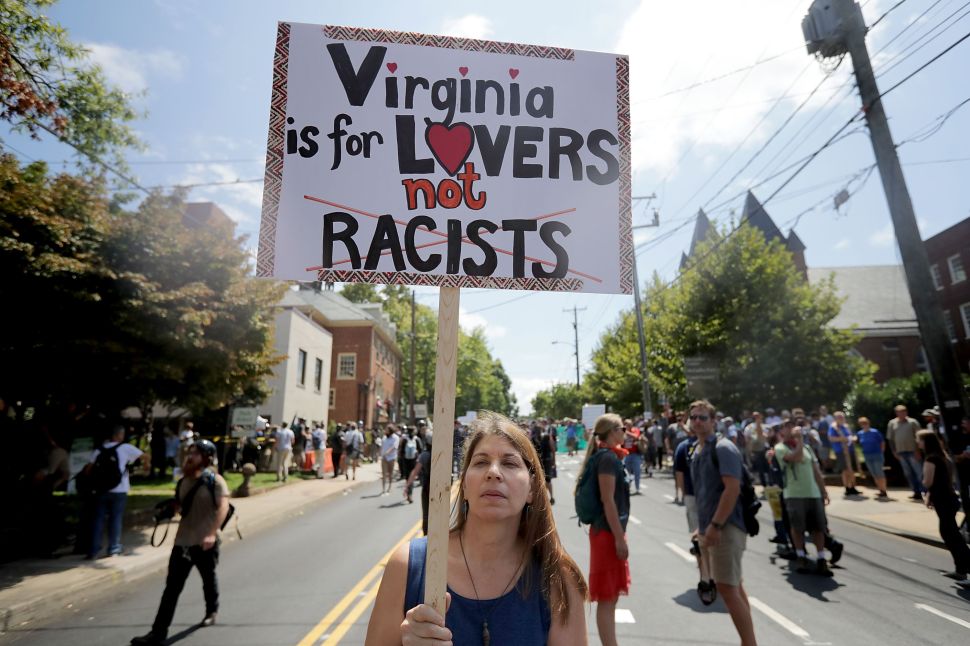