Thanks to editor-in-chief Elaine Welteroth and writers like Lauren Duca, Teen Vogue has become essential print and online reading on political and social issues. Op-eds like “Donald Trump Is Gaslighting America” proved that the magazine wouldn’t “stick to the thigh-high boots,” no matter what Tucker Carlson said (Carlson’s remark actually inspired the name of Duca’s column “Thigh-High Politics“).

Teen Vogue continued to prove its woke credibility in the wake of the domestic terror attack in Charlottesville, VA over the weekend. One woman (32-year-old Heather Heyer) was killed and 34 others were injured after a car plowed into a crowd of counter-protesters during a white nationalist rally—the neo-Nazi demonstrations centered on the city’s decision to remove a monument to Confederate General Robert E. Lee.

These events, which roiled the entire country, also altered Teen Vogue‘s regularly scheduled programming. Last night was the Teen Choice Awards, honoring stars like Chris Pratt, Emma Watson and Dwayne Johnson. But while the magazine did cover the awards show online, it devoted its Twitter account to “Charlottesville and white supremacy” instead of a Teen Choice live-tweet.

While we're covering the show on other platforms, we're using this space and time to discuss racism and steps toward equity.

This is what we know so far about the #Charlottesville terror attack. RIP, #HeatherHeyer ❤️ https://t.co/RVE4rcYUu1

20-year-old James Fields is suspected of driving the car that killed Heather and injured 19 other counter-protesters.

The magazine also shared articles about white male terrorism and the alt-right.

White male terrorism is not being called out for what it is in this country. It's time we do so. https://t.co/W2edkoeHhC

The "alt-right" is white supremacy by another name. An explainer: https://t.co/V397ugZbVb

We shouldn't be surprised by the march @ UVA—white nationalist groups are recruiting @ colleges across the country: https://t.co/bAfAAQkzhE

In addition, Teen Vogue spotlighted concrete actions its readers could take, like protesting and donating.

So what now? Here are a series of protests happening tomorrow (8/14): https://t.co/pFOYgAhDUn

If you can't make it out, you can donate. Here's a medical fund for counter-protesters attacked in Charlottesville: https://t.co/IUBCnkBqEP

Black students are returning to UVA soon and deserve as much support as they can get: https://t.co/yPwohWo79F

You can also donate to the local #BLM chapter: https://t.co/8zzdcoSQb3

We hope these stories and steps inspire you to action. The time for silence is over.

Many people on Twitter praised Welteroth and digital editorial director Phillip Picardi for Teen Vogue‘s advocacy, but they both gave the credit to the magazine’s social director Terron Moore. The Observer has reached out to Moore and will update this post if he responds. 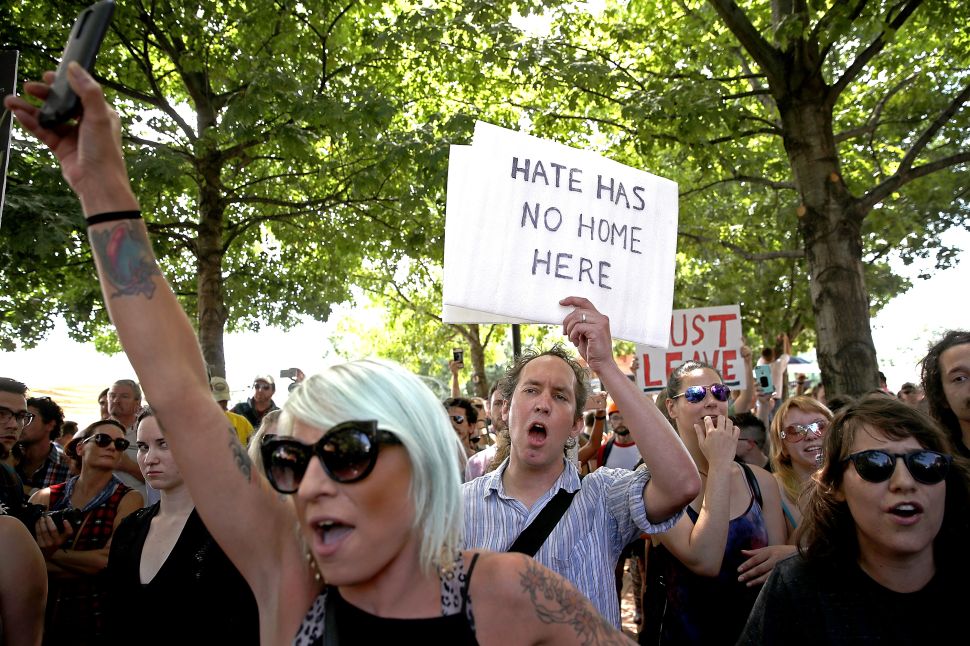