The politically-connected law firm that has run a state takeover of Atlantic City since November has billed taxpayers nearly $3 million through July, according to invoices the state released Wednesday.

Chiesa Shahinian and Giantomasi — the law firm led by Jeff Chiesa, a close ally of Gov. Chris Christie — billed the state more than $1.8 million since May 10. Previously released invoices totaled nearly $1.1 million, bringing to the total to roughly $2.96 million. Observer obtained the invoices though an open public records request.

Chiesa, a former state attorney general and U.S. senator, bills the state $400 per hour for his services. Partners at the firm charge $350 an hour, associates bill $240 per hour and paralegals are paid $90 per hour, according to the firm’s retention agreement.

The takeover had many detractors at first among local and state officials who saw it as an overreach, but even some critics have noted recently that the city’s finances are in better shape after several key moves by the state to settle all the pending tax appeals with casinos, which were worth hundreds of millions of dollars.

Chiesa was tapped as the state’s point man in Atlantic City after the state seized power from local officials to address the municipal government’s dire finances on the verge of bankruptcy last year. The state retained Chiesa’s entire firm for the takeover, essentially outsourcing municipal oversight to his West Orange law firm, formerly called Wolff and Samson and previously led by David Samson, the disgraced former state attorney general and Port Authority chairman.

One invoice dated July 12 through July 31 revealed that AFSCME New Jersey, a workers union, has now sued the city. It’s unclear what the litigation is about. The state recently privatized trash collection over the opposition of sanitation workers and rewrote the union contract for lifeguards.

Using authority granted under the state takeover law, Chiesa unilaterally amended union contracts to cut pay and benefits for police and firefighters. The contract changes cut compensation by roughly 25 percent for workers, according to the unions. But along with other actions, the pay cuts helped the state produce the city’s first municipal property tax decrease in nearly a decade. The state also seeks to layoff dozens of police and firefighters, but that’s been temporarily blocked by a state Superior Court judge.

Christie claimed in April that the takeover couldn’t all be done in-house at the Department of Community Affairs and defended the Chiesa firm’s bills. He noted at the time that Chiesa had struck a settlement with Borgata Hotel Casino and Spa for $72 million. The casino was owed upwards of $165 million after years of successful tax appeals, saving the cash-strapped city $93 million.

“If you compare the results Senator Chiesa has gotten from what he billed with what you all have paid to the people who have been running this city into the ground, Senator Chiesa is the biggest bargain in the world,” Christie said then. “You all should wish he stays here for the rest of his life.” 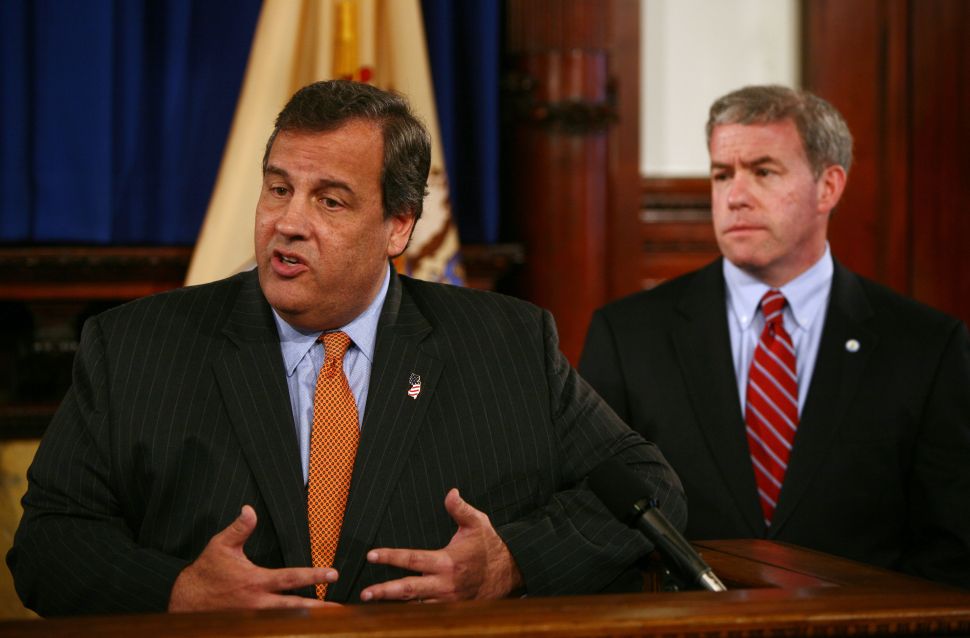