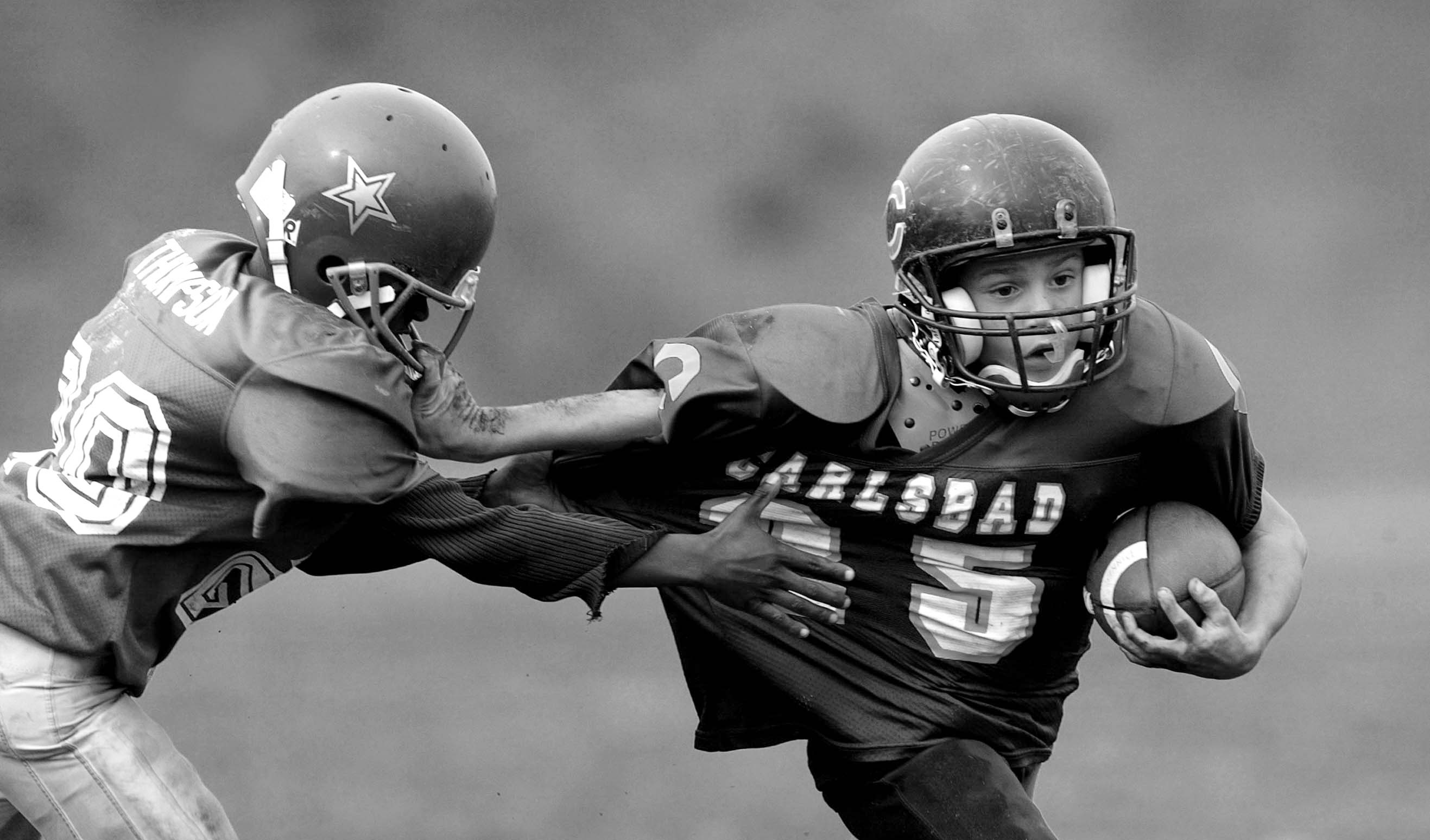 Concussions result from mechanical impact to the brain that produces transient changes in awareness or consciousness and a range of other symptoms. Donald Miralle/Getty Images

For many, American football is a beautiful game that is simple to enjoy but complex to master. Choreographed with a mixture of artistry and brutality, it features the occasional “big hit” or bone-jarring tackle, forcing a fumble and turning the tide of the game.

But with this part of football comes justified concern about the long-term health effects of engaging in this type of activity over time, concerns that abound in practically every high-impact contact sport. It is possible that effects of continued involvement may accumulate quietly in the background until they show themselves, later in life.

A recent study appeared to give a “big hit” to the game of football itself, with findings that nearly all the brains of 111 deceased NFL players studied showed signs of chronic traumatic encephalopathy, or CTE.

At the University of Florida, our interdisciplinary team has studied brain injuries in athletes, military veterans and civilians for many years. Regarding sports concussion, there are many gaps in our knowledge and many associated issues to consider as we develop ways to keep our athletes, both young and old, safe.

Concussions result from mechanical impact to the brain that produces transient changes in awareness or consciousness and a range of other symptoms. A 2016 study reported that between 1.1 million and 1.9 million concussions occur each year in children.

Although diagnosed concussions have been the primary focus, they are not the only, or maybe even the main, problem. There is also rising concern about subconcussive impacts, repetitive blows that may not be severe enough to cause clinical symptoms. There may be hundreds of subconcussive impacts per player, per year.

In response to widespread concern, organized sports organizations from Pop Warner to the NCAA to professional levels have developed and implemented concussion management protocols to help in the identification and management of concussions.

Yet the massive attention given to concussion management and prevention has produced a level of public pseudo-awareness about CTE that currently outstrips what is scientifically known about the disorder.

Missing links and gaps in knowledge

CTE is a “tauopathy” in which the normally occurring protein tau becomes misfolded and accumulates at the depths of the folds (sulci) of the brain, in regions that may also be susceptible to mechanical forces during head impacts. The abnormal accumulation of the tau protein gives rise to a cascade of brain pathology that leads to cognitive impairment, neuropsychiatric problems (depression, anxiety, aggression, reduced impulse control), functional decline and, eventually, death.

The results were reported by news outlets across the world, leading many people to think that CTE is an all but inevitable outcome of playing football or other sports.

But is it? And most importantly for parents, coaches and fans, what is the actual risk to my kids, my players and my team?

The answers to these questions are not yet known, though the risk to the individual player is very likely to be considerably less than would be suggested by available research findings.

Two important facts should be considered.

First, studies of CTE have all been conducted on small samples of brains delivered to CTE research centers by families of former players who have had concern about post-retirement cognitive, psychiatric or behavioral problems and symptoms.

The likelihood of finding brain pathology in these brains of symptomatic players is high, but these results cannot be generalized to all former football players, many of whom are living healthy lives in retirement.

Second, no study has evaluated even a single living player to determine whether he or she exhibits the cognitive, psychiatric or behavioral signs of CTE and then followed that person to autopsy to verify that CTE-associated pathology actually exists in their brains.

So, we do not know the actual prevalence of CTE in the general population of players, though it is assuredly much lower than those quoted by studies of symptomatic players.

Why do some get CTE and others do not?

We also don’t know much about who develops CTE and who doesn’t. There are over 10,000 living NFL retirees, yet the entire science of CTE is based on samples of less than a few hundred former NFL players and a handful of athletes from other sports. This means that some of those exposed to the risk of repetitive head impacts develop CTE, but most do not.

There are several factors that may contribute to the development of brain dysfunction and disease, including:

In addition, some athletes have poor adjustments to retirement, leading to psycho-social and psychiatric maladjustment, marital or financial difficulties, substance abuse and other behavioral problems.

Repetitive head impacts may heighten risk of CTE, but other factors are undoubtedly involved in determining whether risk becomes reality. Reducing risk of CTE will involve targeting and treating these other factors as well.

What parents, coaches and athletes need to know

We need to take seriously the possible health consequences of prolonged exposure to repetitive head impacts and concussions.

That said, parental decisions to remove children from contact sports should be weighed against the many proven positive aspects of participation in team sports. Decisions should not be based on inflated risk assessment. Several studies have shown that recreational or scholastic athletic participation in youth conveys no significant added risk to brain health later in life.

Still, the developing brain may be more susceptible to injury and may take longer to recover. Knowledge of the individual player and his or her response to injury should guide parents, coaches and athletes in decision-making. Some youth are more injury-prone than others, and some have other conditions (e.g., ADHD, learning disability) that may affect how they react to head impact. When all factors are considered, the strongest predictor of recovery is the severity of initial symptoms.

All states now have legislation requiring public schools to have a concussion program in place. Parents should ask their school or athletic organization what their policies are regarding concussion management.

While helmet manufacturers are developing helmets that might provide greater protection, there is not enough evidence to recommend one over another. We do know, however, that appropriate fitting of helmets and protective gear is necessary to get the full protective benefit.

Some measures to reduce possible exposure and risk have been implemented. The Dartmouth University football program has significantly reduced contact practices for its football team. Other Ivy League teams and organizations have followed suit. The NCAA has recently recommended the elimination of two-a-day practices and restricted the number of contact practices allowed in football.

Physicians and athletic trainers at the University of Florida are using data from helmet sensors originally designed to help detect concussions to inform coaching staff on which specific practice drills and pad configurations may incur higher risk so that such drills can be adjusted.

Ongoing research for this important issue is focused on developing techniques for accurate diagnosis while an individual is alive and understanding the exact pathophysiology that might inform future disease-modifying treatment, in addition to our current treatments aimed at reduction of symptoms.

For those athletes who choose to continue the sports they love, we hope for continued innovations and policies that make their participation as safe as possible. 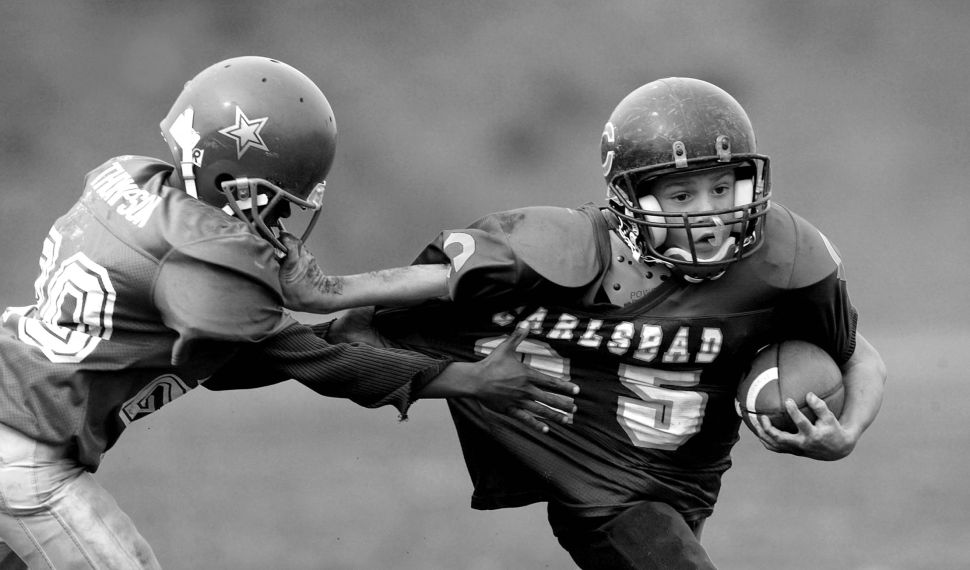