Imagine this. It’s October of 2015. You spend well over $2000 on Microsoft’s new Surface Book, which CNN claimed “reinvented the laptop.” You can’t resist—it’s a portable device with a screen that detaches from the base. It has a discreet graphics chip. It’s also compatible with the Surface Pen, so you can detach it and use it as a tablet (albeit a huge one), and take notes. It’s all straight out of a Star Trek fantasy.

It doesn’t take too long to realize that Microsoft hasn’t lived up to its promise. You detach the screen, but soon see that the screen itself has an extremely limited battery life when separated from the keyboard base. Oh, and that base—it’s absolutely beautiful, but the trackpad only works about 75 percent of the time. Sometimes it doesn’t register clicks, other times it doesn’t register anything but disappointment.

Maybe it just needs a driver update? After all, right now all you really want to use it for is watching movies in the dark. Unfortunately, you notice that while the room is dark, your eyes spot glowing yellow spots that start at the corners of the screen and travel to the middle. Laptops are expected to have a minimal amount of backlight bleed, so when a video of what was supposed to be a black cat turns into one with a yellow cat, you realize something is definitely wrong.

Such was the case with Microsoft’s Surface Book, a device that began as perhaps the biggest example of quality control failure in laptop history. Microsoft  apologized and released several new drivers for the device by the spring of 2016. My Surface Book, which was purchased in November of 2015, was unusable before that. I ended up selling it, and lost a lot of money.

Yet I remained a loyal Microsoft customer, because when you get a Surface device that works, it really works. The 2017 Surface Pro is a near-perfect laptop-tablet hybrid. But once again with this release they’ve run into quality control problems—significantly fewer than with the 2015 release, but still enough that some users might notice. Such as using it with the new Surface Pen, which costs an extra $99. This product is supposed to decrease latency and feel more like a real pen, but it produces jitters for no rhyme or reason.

So it wasn’t shocking to hear that Consumer Reports finally lay down the gauntlet and withdrew their recommendation for all Surface products.

“Consumer Reports is removing its ‘recommended’ designation from four Microsoft laptops and cannot recommend any other Microsoft laptops or tablets because of poor predicted reliability in comparison with most other brands,” they said in a post dated August 10. The magazine said that estimated two-year breakage rates hit the 25 percent mark. Needless to say, Microsoft isn’t happy.

“The Surface Team’s mission is and has always been to make devices that deliver great experiences to our customers and fans. It’s the motivation for everything we do, and we are proud of the Surface devices we have built,” Windows Central quotes Surface chief Panos Panay as boasting. Panay adds that he finds the Consumer Reports stance disappointing, and claims they inflated the Surface Pro 4 and Surface Book return rate.

Panay may have legitimate reasons to be upset at the Consumer Reports article, which excludes data concerning the more recent Surface Pro 4, the 2017 Surface Pro, and the Surface Laptop. It’s also true that Microsoft has made great strides with their products, those recent models have been widely praised.

Despite being a longtime Microsoft fan, I find myself welcoming the Consumer Reports article. When their products are in top condition, they’re great devices, but Microsoft’s deserve more certainty that they’ll be receiving an item in top condition, especially for the prices they’re charging.

Not that Microsoft doesn’t already have a magnifying glass on Apple, but the company could learn a lesson in quality control from their main competitor. While the iPad Pro or the MacBook series hasn’t come close to Microsoft’s innovation in the past five years, you can always count on Apple products to work almost perfectly. Microsoft may have beat Apple to the market with a stylus, but you won’t find any pen jitter with the Apple Pencil—the Cupertino company was wise to delay the Pencil to consumers until it had perfected the technology.

Some have compared Microsoft’s latest Consumer Reports debacle with that of Apple’s in late 2016. The magazine determined that Apple’s newest MacBook Pro with a touch bar had poor battery life. Although this wasn’t experienced by all users, it was enough for Apple to issue an almost immediate fix and get back in the good graces of the consumer magazine.

But even though the report was troublesome for Apple, it didn’t concern their entire MacBook line. Microsoft is dealing with a stain on every laptop or laptop-tablet hybrid they have put out this decade. It’s not going to destroy Microsoft’s brand, but it’s going to cause some damage. 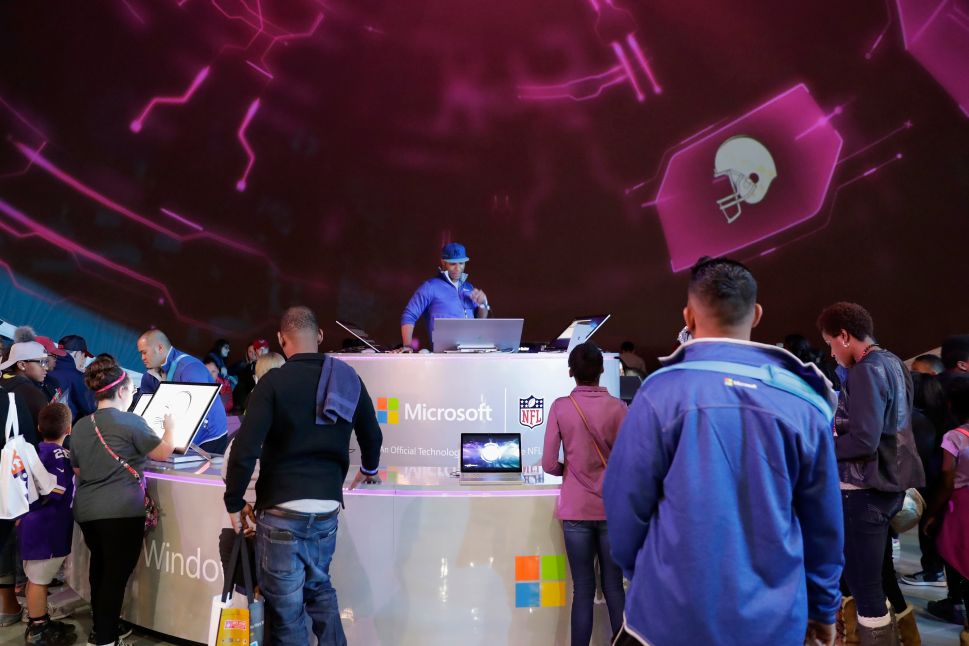