Crowdfunding sites like Kickstarter, Indiegogo and GoFundMe allow people to fundraise for everything from life-saving medical care to cool new inventions. These sites also often remove campaigns that violate their hate speech policies—and not surprisingly, many of the booted campaigns involve white nationalism and the alt-right.

So how can these white nationalists continue their fight against “special snowflakes?” By creating crowdfunding sites and membership platforms of their own, with no guidelines against hate speech.

The most blatant example of this is Hatreon (yes, that’s its real name). The site soft launched in June—users request an invite, and if they’re approved they can subscribe and get funds for their work.

Hatreon has already attracted some of the alt-right’s biggest influencers, including white supremacist (and human punching bag) Richard Spencer, who coined the term “alt-right.” Spencer is raising money to continue his work, since “Richard-Spencer-ing…is a full-time job.” He currently has 33 patrons who are pledging $375 a month.

Other Hatreon users include anonymous news parody personality TV KWA (who caters to “people who are tired of FUCKING FAKE NEWS and only want the REAL SHIT”) and pro-white publication The Daily Stormer (which “triggers shitlibs and cucks to an absurd degree” and brags about having the same daily circulation as the Nazi newspaper Der Stürmer).

Hatreon was the brainchild of Cody Wilson, a self-described “techno-anarchist” and gun rights activist who founded Defense Distributed, a nonprofit that develops and publishes open source gun designs. Wilson is also the developer of the 3D-printed gun or “wiki weapon,” which was banned from Indiegogo—Wilson’s 3D printer was also confiscated.

Wilson considers himself a “radical libertarian” and not a member of the alt-right, but he told Newsweek he couldn’t resist the “delightful pun” in the site name. He also said he hoped Hatreon “will piss off Germany.”

Believe it or not, Hatreon isn’t the only player in the alt-right crowdfunding arena. Counter Fund, an “ideological crowdfunding platform and self-governing political party,” is currently raising funds so its subscription-based service can go live.

And WeSearchr, co-founded by internet troll Chuck C. Johnson, has become known as the “Kickstarter for Nazis” thanks to campaigns against the Southern Poverty Law Center.

But according to Wilson, these sites don’t troll—they “provide valuable social commentary.” Bet the internet hordes will have fun with that one. 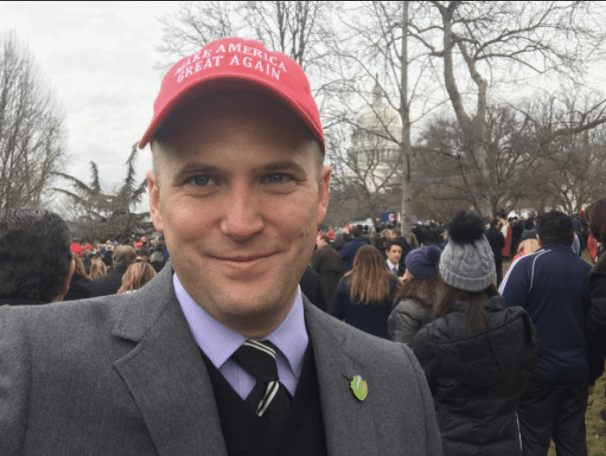