Maybe you and your friends went to one of those places where people throw hatchets for fun or participated in a foot race encumbered by giant bubble suits? Obviously, your crew took lots of photos, and everyone wants copies of the best ones. You’re all right there together, but sharing the photos in the moment can be a pain. One guy sends them all his via text message, but the reception is bad and only one goes through. Someone else promises to do it later when they have Wi-Fi, because they don’t want to burn their data. He suggests that you all create a shared folder on Google Photos, but no one wants to add the app.

In the end, one friend sends around two snapshots and everyone else forgets about it.

Yet as you’re all talking about it, every device is less than five feet from each other, but there’s no easy way to just shoot data between them. This is not an issue in Cuba, at least not according to five young people visiting the U.S. to intern in technology. We spoke to them about their time here, and how they share information in a place where the internet has a long way to go. In fact, their insights may help Americans planning a visit to our nearest tropical neighbor make better use of their time.

Most Cubans only have access to the internet by purchasing hourly passes to wi-fi parks, which are filled with people using the internet at all hours, but Cubans can still make good use of mobile devices even when they are offline. The interns, Alessa Pérez Roque, Alicia Rodríguez Milhet, Gabriela Hernández Rodríguez and David Domínguez Francisco, walked us through some of Cuba’s decentralized approaches to sharing data.

For example, when people in Cuba have photos to share immediately, they completely bypass the internet and transfer them directly, using the Zapya app. Zapya works using mobiles’ Wi-Fi hotspot and tethering features. It lets users transfer data super fast, for free, without touching their data and without giving the internet overlords a record of what they’re sharing. In fact, Cubans pass around apps, games and they even use it to chat.

“We use that instead of Bluetooth,” Hernández Rodríguez said, “Because Bluetooth is slower.”

These four were brought here for six weeks with scholarships from the Innovadores Foundation, and they were surprised to learn that no one here uses Zapya. Cubans’ lack of constant access has led them to find practical workarounds for sharing digital goods in a world where media and software have become the new global language. The most famous innovation on the island is the “weekly packet,” USB sticks filled with imported movies, TV shows and software. There’s actually lots of packets that make their way around the island now, but that’s not the only Cuba-friendly version of technology we learned about.

Here’s a few more that will help the tourist and business traveler make their way more easily through a nation starved for data:

The constant access to internet and equipment here impressed the interns. “We in Cuba don’t have technology for anything,” Hernández Rodríguez told us. “Something as simple as 3D printer, we only have a few in Cuba.”

She noticed how so many tasks in the U.S. have been automated, such as selling tickets for trains, which made for fewer times she had to wait in line. “It’s a lot cheaper for the government and the companies,” she said.

But the American application that surprised the Cuban interns most was the open office plan. “I never expected these kind of spaces,” Rodríguez Milhet said, describing the open environments where workers aren’t expected to stick to one desk all the time. Here, the interns worked at organizations located inside Grand Central Tech. The couches and the break rooms struck them as powerful ideas. “You can rest and relax. It’s a good way to work, too,” she said.

Hernández Rodríguez agreed, saying that one of her big takeaways from her time here was “how to make people feel more comfortable, to do their jobs better.” 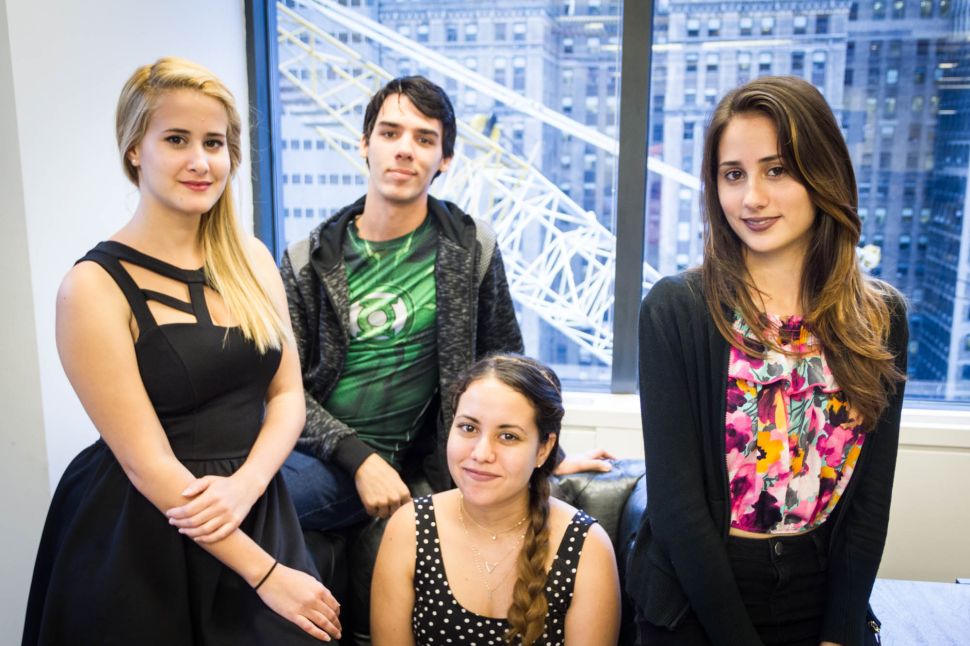