A proposal to remove a statue of the explorer Christopher Columbus on the Upper West Side will receive “immediate attention” by Mayor Bill de Blasio’s office in the wake of violence stemming from a white nationalist rally in Charlottesville, Va.

City Council Speaker Melissa Mark-Viverito, a Democrat, and Harlem elected officials held a rally on Monday calling for a statue of J. Marion Sims, a 19th Century doctor who has been called the “father of modern gynecology,” to be removed from Central Park, where it is situated on East 103rd Street in East Harlem. Concerns with that statue stem from the fact that Sims experimented on African slaves without their consent or any anesthesia throughout his career as a doctor.

During that same rally, Mark-Viverito said the statue of Columbus, known for discovering the Americas while sailing for Asia, but later known for aggressive moves to colonize and oppress natives, should be examined as well.

De Blasio has ordered a 90-day review of all statues and monuments that suggest hate, division, racism or anti-Semitism and said that he would put together a task force in the next few days that will evaluate each one and come up with recommendations going forward.

“The Columbus statue is obviously one that will get very immediate attention because there’s been tremendous concern raised about it,” Ben Sarle, a mayoral spokesman, wrote in an emailed statement. “When the guidelines/criteria for review are set by the commission, we will make sure they are available to the public.”

In the wake of the deadly neo-Nazi rally in Charlottesville this month — which was spurred by that city’s decision to remove a statue of confederate general Robert E. Lee and rename a park that bore his name — many other cities and states have moved to take down statues of confederate generals or other controversial symbols. President Trump criticized those efforts as an attempt to erase parts of U.S. history.

The effort to remove a statue of Christopher Columbus, one of the most famous explorers in history, celebrated with national holidays in many countries, is a new twist.

On Monday, de Blasio told reporters that he would not comment on any specific statue but acknowledged that the Sims statue is among the ones that will be examined. He also said that one of the first that would be removed is a commemoration sidewalk marker for Nazi collaborator Philippe Pétain in the Canyon of Heroes.

In 2013, de Blasio, who is of Italian heritage, said that there are “some troubling things” in Columbus’s history. But during a press conference today, he again said he would not speak on any particular statue.

Brooklyn Councilman Jumaane Williams, a City Council speaker candidate who is also said to be considering a run for governor, took to Twitter today to express his support for the proposal.

But Staten Island Councilman Joe Borelli, a Republican, for his part, sent a letter to Mark-Viverito and de Blasio today  urging them to present a “clear and concise document” outlining the specific criteria over which the removal of the city’s public monuments and the renaming of the city’s public spaces will be judged.

“Although your intentions may be well placed, I fear that an examination into these particular statues, as well as the many others the city hopes to ‘review,’ will present complex and cloudy historical interpretations that will only serve to deepen gaps between people of New York with different backgrounds and historical worldviews,” Borelli wrote. “I will also bluntly remind you that it will not change the history of those they commemorate, controversial or otherwise.”

The speaker’s office told Observer it is reviewing the letter.

Meanwhile, also on Tuesday, Brooklyn Congresswoman Yvette Clarke, Brooklyn Congressman Hakeem Jeffries and Brooklyn Congresswoman Nydia Velázquez held a rally with community leaders urging the Department of the Army to rename two streets — General Lee Avenue and Stonewall Jackson Drive — at Fort Hamilton that are currently named for confederate generals. The officials have been pushing for the change for the past two years. 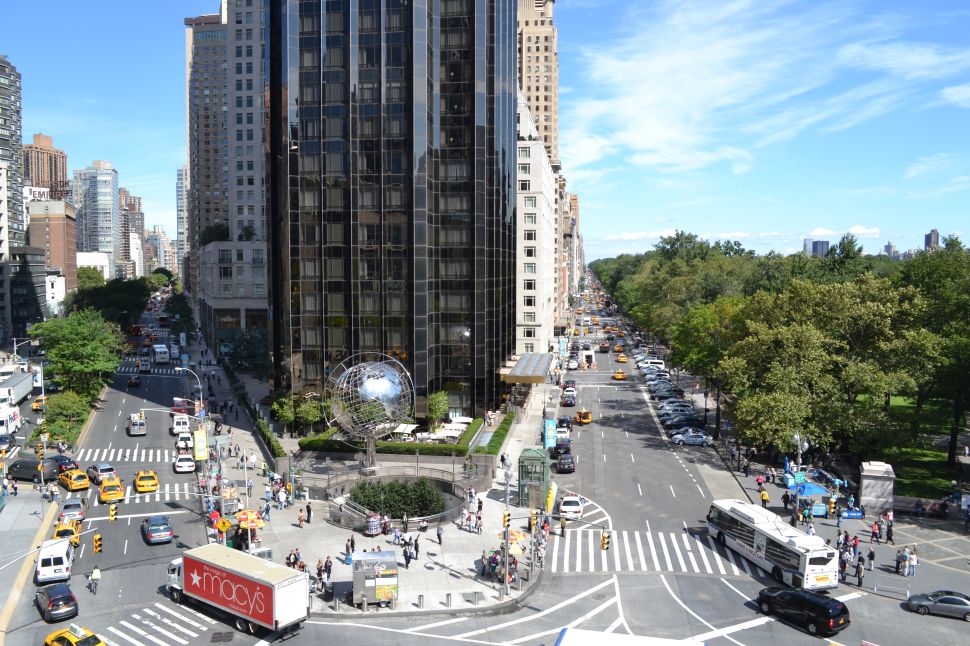