TMZ is reporting that a stunt woman on the set of 20th Century Fox’s Deadpool 2 has died as a result of a motorcycle stunt gone wrong. Per the website:

The rider, who was female, went airborne in Vancouver Monday morning during filming for the movie. Her bike crashed through the glass of a ground-floor studio inside Shaw Tower near Jack Poole Plaza. Witnesses say she never applied the brakes.

The identity of the stunt woman is being withheld from the public at this time. Responders immediately pulled her from the crash and she was transported to a local hospital by ambulance. Police have since sectioned off the area and are investigating the crash.

A stunt driver has died on the set of Deadpool during a stunt on a motorcycle. VPD & @WorkSafeBC investigators are at the scene.

“Vancouver Police can confirm that a female stunt driver has died on the set of Deadpool 2 during a stunt on a motorcycle,” police said in a supplementary statement (via The Independent).

Deadline reports that it was the woman’s first job as a stunt performer and she was an experienced road racer. The outlet reports that she was not wearing a helmet at the time of the crash as the character wasn’t wearing on in the scene. A studio production source also told Deadline that there were “two full days of rehearsals over the weekend, and on Monday, they ran the stunt at least five times before filming.”

Witnesses described a scary scene after the crash.

“People were running on the sidewalk, the motorcycle comes flying across the street, looks like from a ramp because it was in the air,” one told Global News. The rider was “standing on the bike, slams into that building, clearly hit and out-of-control and clearly not planned.”

“We are deeply saddened by the accident that occurred on the set of Deadpool 2 this morning,” 20th Century Fox said in a statement. “Our hearts and prayers are with the family, friends and colleagues of our crew member during this difficult time.”

According to Deadline, there have been conflicting reports over the schedule demands of the crew on Deadpool 2. One source told the outlet that “people are exhausted by the schedule” and that they were working multiple 16-hour days in a row. However, another studio production source told the outlet that the daily shooting schedule on the Vancouver set is 12-13 hours, and there were only two 15-plus-hour days that occurred roughly three weeks ago.

Ambulance has left set of Deadpool 2 with injured stunt person. Lights and sirens were not on as it pulled away. @CTVVancouver pic.twitter.com/iMheLitA7q

This marks another stunt-related accident in a recent string of them. Earlier this summer, stuntman John Bernecker  was killed while working on AMC’s The Walking Dead. Over the weekend, Tom Cruise injured his leg during a stunt on Mission: Impossible 6.

Deadpool 2 is scheduled for a June 2018 release. It is unknown if this tragedy will delay production. The film stars Ryan Reynolds and Josh Brolin. 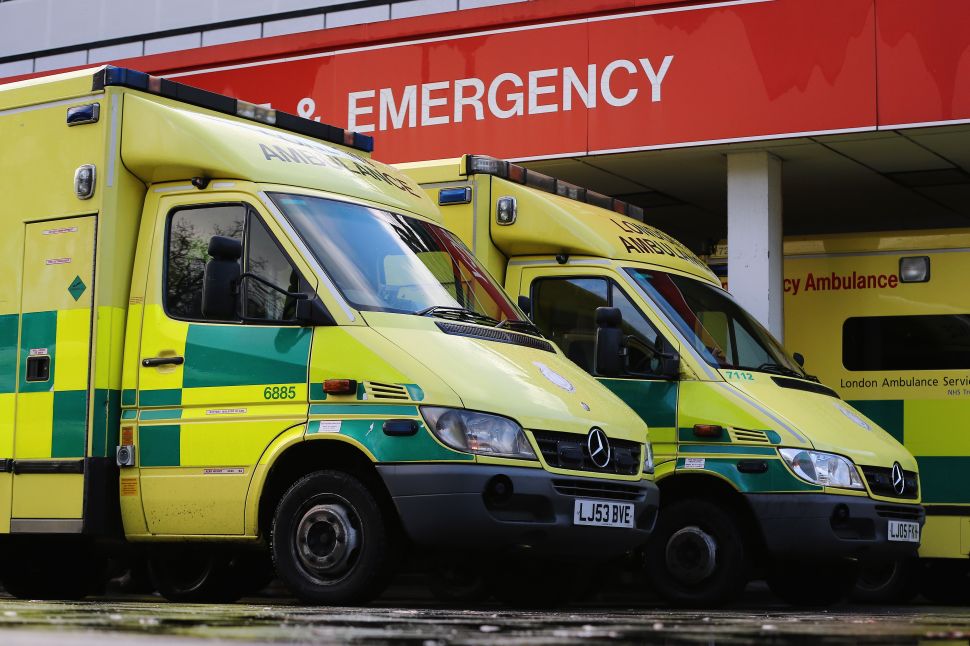