In 2016, boosted by Sen. Bernie Sanders’ performance in the Democratic primaries, Law Professor Tim Canova managed to receive 43 percent of the vote in a closed Democratic primary against former DNC Chair Debbie Wasserman Schultz, who received support from President Barack Obama, Vice President Joe Biden, House Minority Leader Nancy Pelosi, and Hillary Clinton. Canova was Wasserman Schultz’s strongest primary opponent since she was first elected to Congress in 2004. Since winning reelection, Wasserman Schultz’s popularity has continued to dwindle, and Canova announced he is challenging her in the primaries again in 2018.

That isn’t the end of her worries: A prominent Florida Republican Attorney, Carlos J. Reyes, announced he will challenge her in the general election, making 2018 the first time she has faced a credible Republican opponent. In 2016, Wasserman Schultz’s Republican opponent received over 40 percent of the vote, her closest general election race yet. Reyes was appointed to the Memorial Healthcare System Board by Florida Gov. Jeb Bush in 1999 and has the ability to fundraise at least $1 million in his bid against Wasserman Schultz.

Wasserman Schultz has been engulfed in scandal throughout her tenure in Congress. Most recently, she has faced scrutiny over the arrest of her former IT staffer, Imran Awan, who was detained for bank fraud before trying to leave the country while under an investigation by the FBI, U.S. Attorney’s Office, and U.S. Capitol Police for equipment and data theft. Despite Awan and four other IT staffers being denied access to congressional servers in February 2017, Wasserman Schultz continued to employ Awan up until his recent arrest. A variety of issues have risen from the investigation, including alleged smashed hard drives from Awan’s apartment confiscated by the FBI. Wasserman Schultz claimed a laptop Awan hid in a crevice of a congressional building was “misplaced.”

In 2014, Politico reported that many Democrats wanted to remove Wasserman Schultz from DNC chair: “The perception of critics is that Wasserman Schultz spends more energy tending to her own political ambitions than helping Democrats win. This includes using meetings with DNC donors to solicit contributions for her own PAC and campaign committee, traveling to uncompetitive districts to court House colleagues for her potential leadership bid and having DNC-paid staff focus on her personal political agenda,” the report stated. “She’s become a liability to the DNC, and even to her own prospects, critics say.”

Despite her long record of being poison for Democrats, the Clinton campaign rewarded Wasserman Schultz with an honorary chair position on its 50 State Program. Since Clinton’s loss, Wasserman Schultz’s ally, House Minority Leader Nancy Pelosi, has elevated her as a Democratic Party spokesperson. Whether or not Wasserman Schultz will prevail in her upcoming re-election challenges remains to be seen, but one thing is for certain: Debbie Wasserman Schultz is a liability Democrats would be better off without. 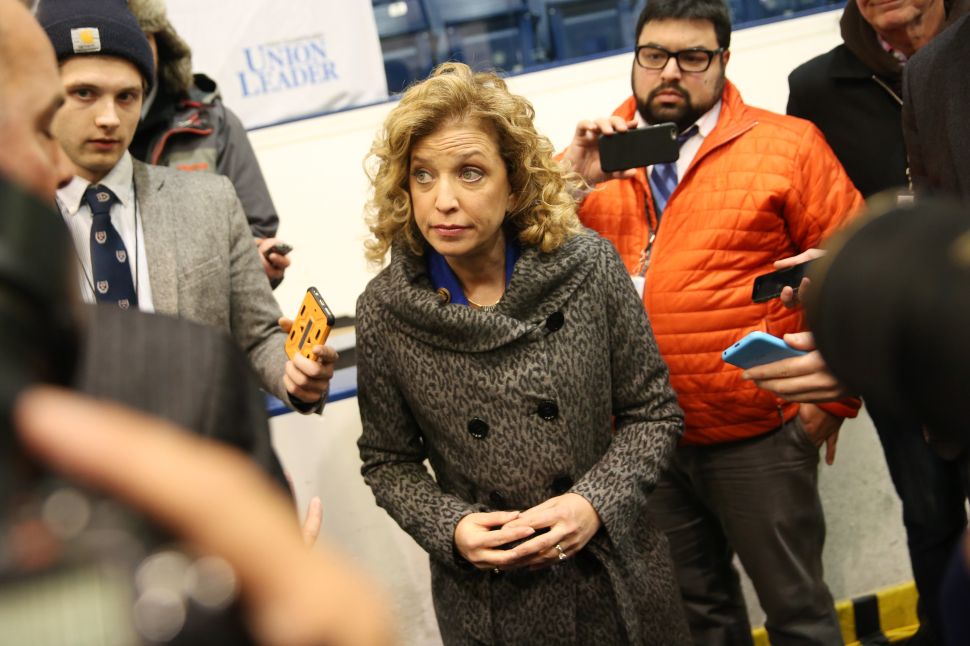