The Democratic Congressional Campaign Committee (DCCC) sent out a fundraising email on August 28 desperately begging for funds. The timing was awkward given that Texas is struggling with the aftermath of Hurricane Harvey. Dave Levinthal, senior political reporter with Public Integrity, tweeted a screenshot of the email. The subject of the email reads, “URGENT we’re BEGGING.” The body of the email says, “Frankly… we’re confused. After everything we told you Trump has done this month, we expected a HUGE influx of support. Unfortunately, that’s not what happened. And right now, we’re still dangerously behind our goal.” The tone of the email resembles that of a used car salesman, and its substance reflects that the Democratic Party relies on anti-Trump rhetoric instead of substantive policy alternatives.

The e-mail continued, “Look—we wouldn’t be coming to you if it wasn’t important. We are in desperate need of your help. If we can’t close the gap now, we can kiss our chance to defeat Trump and Republicans goodbye.” It’s a poor attempt to guilt Democratic Party supporters into donating and deflects blame to them for potential future losses.

This e-mail is the latest in a string of poor messaging and fundraising attempts by the Democratic Party.

On August 19, California Democratic Party delegate and Central Committee Member, District 3 at San Joaquin County Democratic Party, Zach Denney, posted on Facebook an image of letter he received from the Democratic National Committee (DNC). On the envelope, the letter read, “FINAL NOTICE.” Denney wrote on Facebook, “I want to take a moment to describe just how tone deaf this letter is that I received from the Finance Department of the Democratic National Committee. First of all, why does it appear like a bill? While millions of Americans are struggling to get by in a nation where income inequality is at a level not seen since before the Crash of 1929, letters with ‘FINAL NOTICE’ are something that a great many American households fear. I not only find this offensive but extremely embarrassing as a Democrat. Our party may be in a fundraising slump, but whoever thought a bill-like letter would be a cute idea at getting some cash out of America’s working and everyday individuals and families, really deserves to have their future employment at the DNC reevaluated.” He continued, “Second, and this has been brought up before, this letter asks for a renewal of ‘DNC membership.’ One, you don’t become a member of the DNC by just sending in $10, $20, $30, $40 or so on. DNC members are chosen a number of ways, one of which is election by their state parties. I would go so far to say that implying that a donation equals DNC membership is a scam.”

Since Tom Perez assumed the role of DNC chair in February, the DNC’s fundraising has lagged far behind the Republican National Committee. The DNC’s fundraising for the month of July was the worst turnout for the month since 2007. Further, the organization’s debt has ballooned to $3.4 million. The Democratic establishment has failed to turn Donald Trump’s unpopularity into support for the Democratic Party. A recent Harvard-Harris poll found that House Minority Leader Nancy Pelosi is even more unpopular than Trump. The DCCC is right that the party is at risk of losing big in 2018. However, if they lose, it won’t be due to supporters not donating; it will be due do the party’s inability to adopt reforms and popular progressive policies that counter Trump’s and the Republican Party’s. 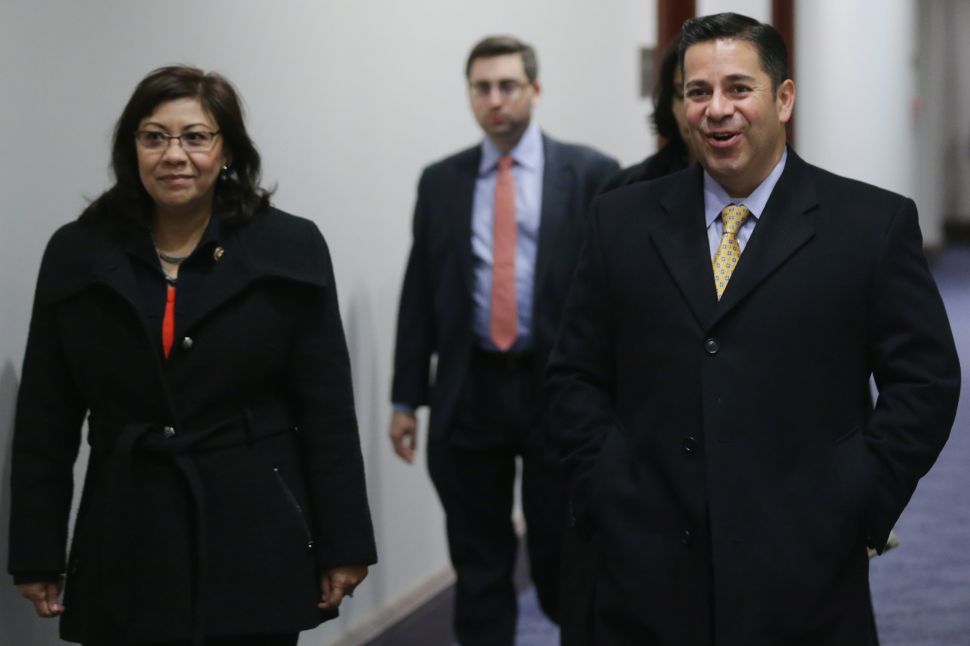