Democratic leadership has made several missteps in their efforts to woo voters that left en masse during the Obama administration. They have suppressed and undermined every opportunity for reform since Hillary Clinton’s election loss. In the DNC chair election, an establishment-backed candidate, Tom Perez, used backroom tactics to stop a Sen. Bernie Sanders supporter, Congressman Keith Ellison, from winning the position. Islamophobic smears were used to discredit Ellison, and later reports revealed that DNC members were threatened so that they would fall in line behind Perez. Similar tactics were used in Florida Democratic Party chair and California Democratic Party chair races.

Despite a class action lawsuit pending in court against the DNC and former DNC Chair Debbie Wasserman Schultz, Democratic leadership has continued to support Wasserman Schultz. Their support for her is now backfiring: She is at the center of a controversy surrounding her former IT staffer, Imran Awan, who she continued to employ up until his recent arrest for bank fraud. In regards to the class action lawsuit, DNC attorneys said in court that the organization has the right to rig primaries if they so choose. Regardless of the lawsuit’s final outcome, the federal judge’s decision and explanation will likely embarrass the party and expose its role in disenfranchising millions of voters to get Hillary Clinton elected.

In September 2017, the trial for Sen. Bob Menendez will begin over bribery charges he was indicted for in 2015. The Democratic Party will likely try to pretend that the trial doesn’t exist, as it has with the DNC lawsuit and the investigation into Wasserman Schultz’s IT staffer. In the fall, Hillary Clinton and former DNC Interim Chair Donna Brazile are releasing their memoirs of the 2016 elections, which will likely broaden the rift between establishment Democrats and progressives. Democratic Party consultant Sally Albright recently tweeted about Clinton’s upcoming book, “Someone on Hardball just said Hillary goes NUCLEAR on Bernie Sanders in her book.”

That Russia interfered in the election has been one of the most perversive narratives pushed by Democratic leadership. Several Democrats, like Congresswoman Maxine Waters, Congressman Adam Schiff and Congressman Ted Lieu, have built large followings by centering their messaging on Russia and Trump. But if the Trump-Russia investigation doesn’t live up to the hype, voters may feel mislead, leading Democrats to suffer in 2018. On August 5, Politico reported that some Democrats are starting to fear repercussions from focusing too much on Russia. “We need to talk about what people think about when they wake up in the morning, and it’s not Russia,” Democratic strategist Darry Sragow told Politico. “The more we talk about stuff that voters don’t truly care about in their daily lives…it confirms that the Democratic Party’s brain has been eaten by the elites in Washington who have been sitting fat and happy for a lot of years while working Americans have lost their jobs and lost confidence in the future.”

Some tactics that Democrats have used to elevate the Russia narrative, such as propping up conspiracy theorist Louise Mensch and constantly fetishizing about impeaching Trump, are frankly embarrassing. As the investigation progresses, each new development is treated as a smoking gun. In regards to the recent news that Special Counsel Robert Mueller issued a grand jury subpoena—which is normally done in secret as it was during the Clinton email server investigation—incited speculation that Mueller found evidence of criminal activity. The 2018 World Cup is being held in Russia just a few months before the midterm elections. Because of this, even more attention will be put on Russia, which will likely result in the most unhinged purveyors of the Russian election interference narrative taking center stage—to the Democratic Party’s detriment.

Over the past few months, several Democrats have hinted that they will run for president in 2020, and Congressman John Delaney became the first to formally announce his bid for the presidency. Establishment Democrats are already working overtime to shut down criticism of their preferred candidates, Sens. Kamala Harris and Cory Booker. Conflating policy criticism with disparaging progressives instead of engaging in tactical and beneficial discussions devolves critical thinking and hampers the party’s ability to recover. The tactic of coercing voters to fall in line behind candidates that don’t inspire excitement is embodied by the Democratic Congressional Campaign Committee’s new slogan, “Have you seen the other guys?” Democrats are doubling down on their tactic of focusing on how bad Trump is, even though it proved a dismal failure in 2016.

Trump’s rising disapproval rating hasn’t led to a surge in popularity for the Democratic Party, and the perception that it will is dangerous. The Democrats’ Better Deal agenda provided some refreshing ideas, but overall it fails to address the forces that enabled Trump’s rise. House Minority Leader Nancy Pelosi reduced the agenda to a “presentation” rather than a change in the party’s direction. The DCCC incited severe criticism among its base when its chair, Ben Ray Lujan, announced that abortion rights would not be a litmus test for Democratic candidates in upcoming elections. Many took this move as confirmation that Democrats are moving toward the center.

On August 3, The New York Times reported that West Virginia Governor Jim Justice switched parties from being a Democrat, a shift Sen. Joe Manchin has also signaled he might make as he begins to court Trump supporters. In order to recoup its losses, the Democratic party must enact drastic reforms. Instead, party leaders act as though their losses will naturally fix themselves with the help of a few minor adjustments. In doing so, they set themselves up for more embarrassment and failure. 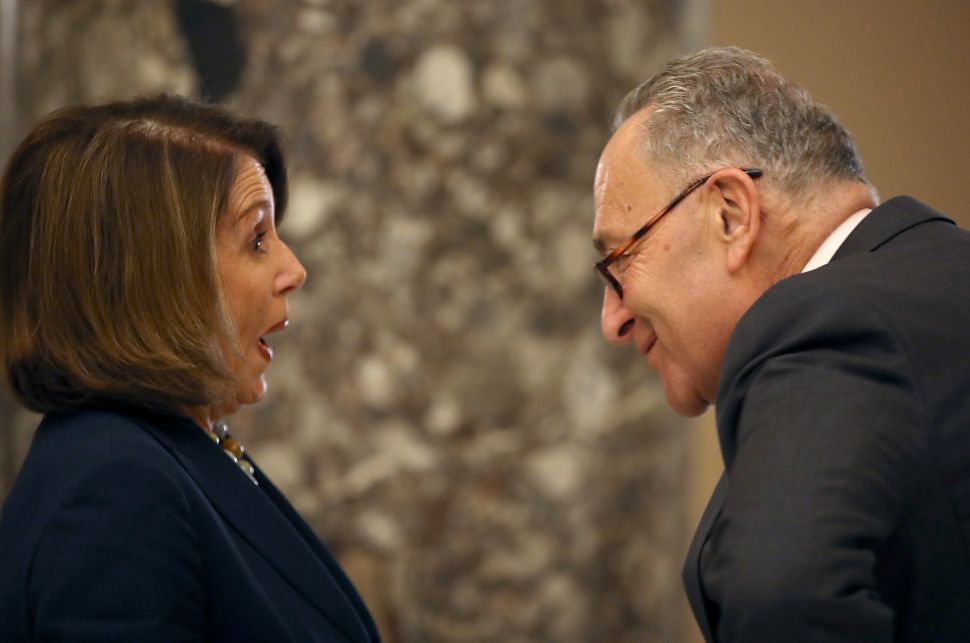