By choosing Tom Perez as its new chair and refusing to re-enact a ban on donations from corporate lobbyists and PACs, the DNC effectively sided with the party’s donors. Having been run into the ground by former DNC Chair Debbie Wasserman Schultz, the organization has proven useless over the past few years. Wasserman Schultz reigned as Democrats lost elected offices nationwide. All the while, she exploited the DNC for her own political gain and used the organization to benefit Hillary Clinton’s run for the presidency. Under former DNC Interim Chair Donna Brazile and new Chair Tom Perez, nothing has changed.

The DNC’s messaging and fundraising emails have depended upon anti-Trump rhetoric, even though that strategy failed miserably for Democrats in 2016. Unwilling to adopt meaningful policy stances, the e-mails have spewed out generic talking points. The DCCC proposed the slogan “have you seen the other guys?”, showing that Democrats are at a loss for how to win back voters that the party has disenfranchised over the last decade.

Perez told The Hill that—even though he took office six months ago—he’s still working on properly staffing the organization. It’s a poor excuse for why the DNC has failed to gain ground during Trump’s presidency. Democrats have refused to accept that the party is in trouble. Perez and establishment Democrats are acting like the current political climate is politics as usual. Their only solution is to propose incremental changes as they idly watch voters’ outrage toward Trump bubble over.

On August 16, Tom Perez wrote an open letter to the RNC insisting that Republicans take responsibility for Trump, but Democratic leadership has failed to examine their role in Trump’s rise and victory. Instead of taking responsibility for their losses and enacting reform, Democratic leadership insists its failures are the fault of others. So far in Perez’s tenure as DNC chair, he has done little to correct the party’s wrongs and win back voters. 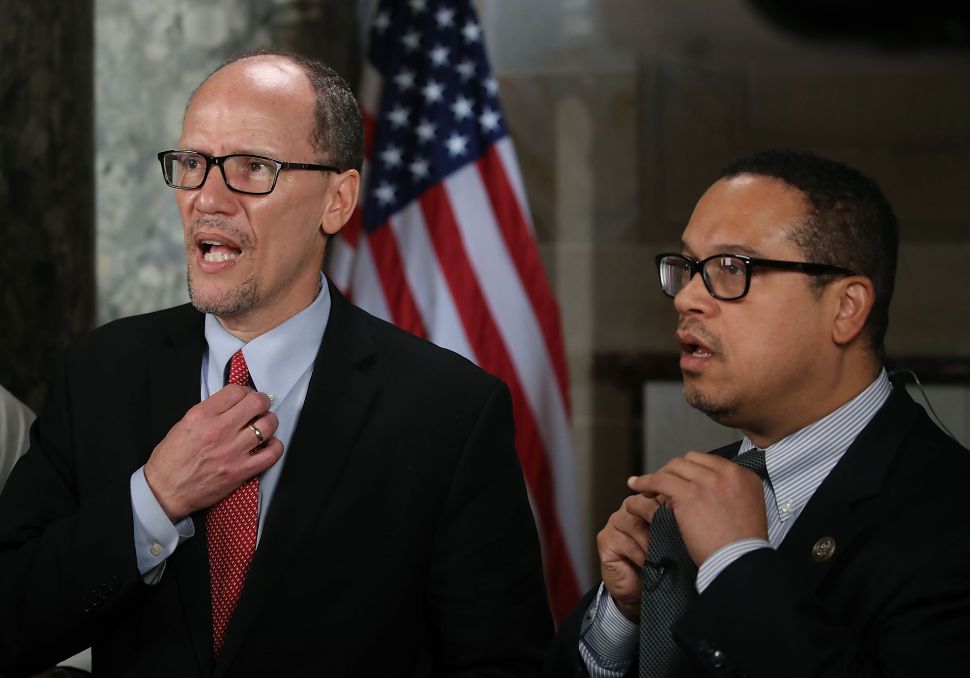