An ongoing controversy in opera production today is the question of “creator’s intentions,” that is, how a composer might have expected his work to look and sound upon the stage.

What voice type, for instance, did Bizet have in mind for the title role of Carmen, a soprano or a mezzo? How much improvisation upon the written notes would Bellini have expected in his Norma? And would Wagner have recognized his Parsifal set under a highway overpass in post-apocalyptic America?

The fact that these debates are based largely on guesswork doesn’t daunt the antagonists. In fact, there’s even a Facebook group opposing so-called “modern” opera productions, and naturally, another group in favor. One topic, though, is not so often addressed: the actual size of the theater in which the opera is performed.

The Metropolitan Opera, for instance, with its approximately 3,800 seats, is a far larger space than the venues the biggest operatic composers would have envisioned. And yet the Met performs works like Mozart’s Don Giovanni, an intimate piece, which premiered in 1787 at Prague’s Estates Theater with a capacity of about 650—roughly that of New York’s smallest Broadway houses.

So the chance to see Don Giovanni in a theater closer to the size of the estates not only lends an air of authenticity, but, as last week’s Mostly Mozart’s presentation of the opera revealed, it can be revelatory. Conducted and directed by Iván Fischer, this production in the Rose Theater at Jazz at Lincoln Center (capacity of 1,100) achieved an easy, big-house feel Mozart operas almost never attain.

The visual element of this production was simplicity itself: a void of black drapes surrounded a couple of stage platforms. Inside this neutral space, a corps of singers and dancers made up in marble-white suggested both architecture and background extras. In one particularly charming moment, a tangle of sozzled peasant girls gracefully stood and arrange themselves into a gazebo behind which the nervous bride Zerlina could hide.

Naturally, focus fell on the solo singers, who, for the most part gave sensitive, detailed performances. Finest of all was Christopher Maltman, his crisp lyric baritone sounding both commanding and mercurial, a perfect match for his sleek stage demeanor. As the violated Donna Anna, soprano Laura Aikin may have lacked the ultimate in steely power, but commanded pinpoint virtuosity for the fiendishly difficult aria “Non mi dir” in the second act.

If the remaining singers were not exactly starry, they formed a tight, energetic ensemble. And while the Budapest Festival Orchestra’s playing was not literally “what Mozart would have wanted”—the 18th century composer would surely have raised an eyebrow at the strings’ modern vibrato—I think he would have laughed with delight at the group’s impeccable attack and sweet tone. 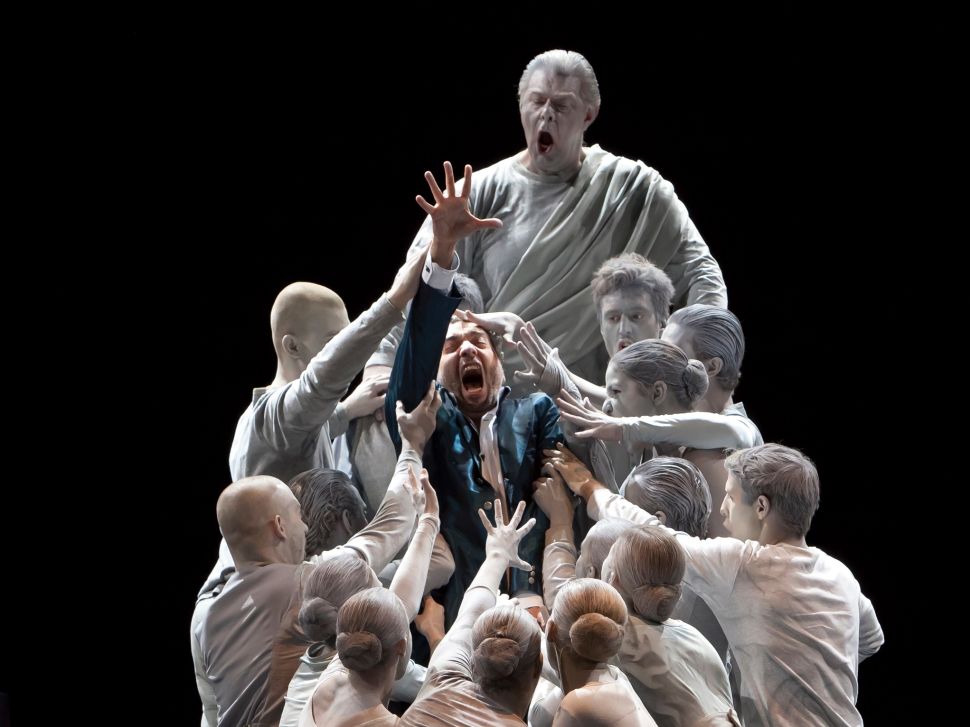