When President Donald Trump said that if North Korea continued to escalate the crisis “They will be met with fire, fury, and frankly, power, the likes of which the world has never seen,” he singlehandedly resurrected an old nuclear war strategy known as “brinkmanship,” a policy from the 1950s that was buried after the Cuban Missile Crisis.

According to Emily Tamkin with Foreign Policy Magazine, Trump issued the threat to North Korean leader Kim Jong-un in response to reports that the East Asian country has generated a small nuclear warhead that can be attached to a long-range missile. Tamkin writes, “Now Trump—who famously waxed poetic over the destructive power of ‘nuclear’ during the presidential campaign—has clearly threatened a nuclear-armed rival with unprecedented fire and fury.”

As Kevin Drum with Mother Jones writes, brinkmanship (also known as “brinksmanship”) is connected with the strategy of John Foster Dulles, Secretary of State to Dwight D. Eisenhower. Dulles stated his tactics in an interview with Time-Life in the mid-1950s: “The ability to get to the verge without getting into the war is the necessary art. If you cannot master it, you inevitably get into war. If you try to run away from it, if you are scared to go to the brink, you are lost.”

Dulles’ policy was lambasted by Democratic candidate Adlai Stevenson in the 1956 campaign, who claimed Eisenhower’s advisor was “boasting of his brinkmanship….the art of bringing us to the edge of the nuclear abyss.”

Such talk may have seemed quaint just a few years ago. My students shake their heads at videos I show of students cowering under desks and laugh at the “Bert the Turtle” public service announcement training people to “duck and cover.” The only air raid sirens they’ve ever heard are for tornadoes. Unless they’ve taken my courses, the Cuban Missile Crisis is just a conclusion to an X-Men movie for most.

But brinkmanship was real, as those from older generations will attest. This policy was used to defend West Berlin, a tiny pair of islands (Quemoy and Matsu) near Taiwan, and yes, South Korea.

How real were these crises? Did we really intend to use nukes, or was it all a big bluff? An article in Presidential Studies Quarterly by Michael Gordon Jackson, a lecturer of political science at Brown University, found that when Eisenhower and his advisers employed brinkmanship against North Korea and China, he wasn’t engaging in empty threats. He viewed them as employable in war—not just something to frighten opponents. Eisenhower was prepared to go the distance to defend our allies in Asia.

Perhaps that’s why we abandoned the policy after the Cuban Missile Crisis. As Richard M. Pious (the Chair of Political Science at Barnard College and author of The American Presidency) wrote in Political Science Quarterly, “John F. Kennedy and Nikita Khrushchev almost blundered into a nuclear war through the crisis management approaches of their advisory systems, but then managed to extricate themselves using personal diplomacy and old-fashioned political horsetrading in secret.”

The slogan “Make America Great Again” is reminiscent of the 1950s. But should we bring back our nuclear policies from that era as well?

Today, many in the executive branch oppose this brinkmanship policy being used by our president. Secretary of State Rex Tillerson rushed to defuse the situation. Secretary of Defense Jim Mattis warned of the consequences of nuclear war with North Korea—for us and them.

To judge whether such threats could be effective or not, it is worth examining the nuclear crises of the 1950s and early 1960s. Brinkmanship defenders could claim that West Berlin, Quemoy and Matsu, and our allies in the Suez Canal crisis (Britain, France and Israel) were never attacked with nuclear weapons. But detractors can point out that such saber-rattling pushed us closer to World War III and annihilation, which is why the policy was abandoned after the Cuban Missile Crisis. It remains to be seen whether resurrecting it is a good idea. 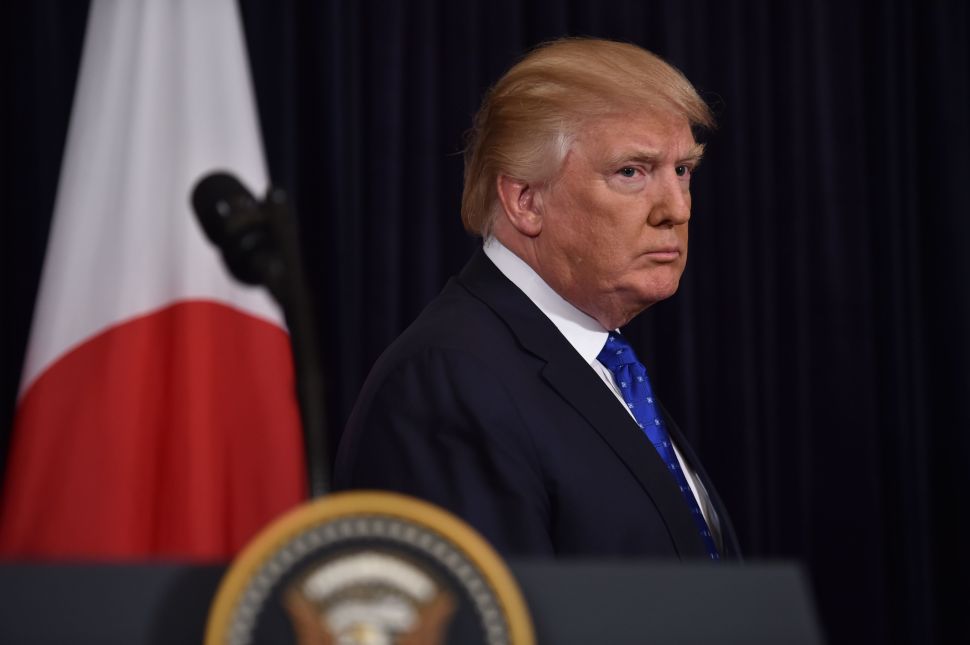