Whenever there is a major terror attack, it doesn’t take long for President Donald Trump to bring up the story about General John Pershing defeating Muslim insurgents in the Philippines with pork-laced bullets. But the story is more Hollywood than history. Pork is hardly the kryptonite that armchair anti-terrorism experts think it is.

Shortly after the terror attack in Barcelona, in which a terrorist mowed down several people with his car, Trump tweeted, “Study what General Pershing of the United States did to terrorists when caught. There was no more Radical Islamic Terror for 35 years!”

Trump first brought up Pershing at the South Carolina primary in 2016. According to the Washington Post, Trump said,

“They were having terrorism problems, just like we do. And he caught 50 terrorists who did tremendous damage and killed many people. And he took the 50 terrorists, and he took 50 men and he dipped 50 bullets in pigs’ blood—you heard that, right? He took 50 bullets, and he dipped them in pigs’ blood. And he had his men load his rifles, and he lined up the 50 people, and they shot 49 of those people. And to the 50th person, he said, ‘You go back to your people, and you tell them what happened.’ And for 25 years, there wasn’t a problem. Okay? Twenty-five years, there wasn’t a problem.”

Texas A&M History Professor Brian McAllister Linn said he heard of the Pershing tale after 9/11 but was unable to find an example of the general using the tactic, according to Time magazine. Politifact checked with eight scholars but couldn’t find support for the tale either.

This isn’t a case of the media and academics picking on Trump. The conservative National Review took similar offense at General Pershing being associated with such dirty tactics. As David French writes,

“First, it’s false. There’s no evidence Pershing did such a thing. In fact, he got the history exactly backwards. Pershing worked hard to avoid inflaming religious fanaticism and worked hard to avoid unnecessary loss of life. For example, read this excerpt from a letter Pershing wrote to the insurgents. The language comes from his own memoir: ‘I write you this letter because I am sorry to know that you and your people refuse to do what the government has ordered. You do not give up your arms. Soldiers were sent to Taglibi so that you could come into camp and turn in your guns. When the soldiers went to camp a Taglibi, your Moros fired into camp and tried to kill the soldiers. Then the soldiers had to shoot all Moros who fired upon them. When the soldiers marched through the country, the Moros again shot at them, so the soldiers had to kill several others. I am sorry the soldiers had to kill any Moros. All Moros are the same to me as my children and no father wants to kill his own children.’ Those are not the words of a man who commits a religious war crime… Simply put, Trump libeled an American hero, the man who led American troops through the crucible of the First World War.”

Trump’s story is likely based upon a 1939 movie called The Real Glory. In the film, actor Gary Cooper and his mates battle Muslim insurgents in the Philippines with pork, as some screenwriter no doubt heard that to consume such meat is illegal in Islam. Their plan to bury dead guerrillas in pig skins saves the day, just before the credits roll.

But the use of pork-laced bullets, smearing bodies in pork, and burying people in pig skins doesn’t have the chilling effect on terrorists that Americans might expect. In 2002, Israelis tried it to prevent Hamas suicide bombers from attacking. The leaders of this Palestinian terror group claimed that a “martyr” would get to heaven for his actions—pork or not.

“Palestinian Muslims reacted with scorn to the idea, saying the soul went to paradise and was unaffected by any taint to the body,”The Telegraph reported. “ ‘The keys to heaven are not in the hands of settlers,’ said Sheikh Hassan Youssef, for Hamas, whose military wing has sent dozens of suicide bombers into Israel. Islamic reference books say the body of a martyr who dies for the faith is so pure that it does not need to be washed before burial, in contrast to the usual Muslim practice.”

It may be comforting to believe that a Muslim driving a truck loaded with explosives toward an American military base would slam on the brakes if a pig’s carcass was hung outside the gates, but such a plan is unlikely to succeed. Bin Laden didn’t surrender in order to avoid a fate in which he would be packed in pork, dead or alive.

If America is to prevail against ISIS, a reconstituted al-Qaeda, Hamas, or any other terrorism group, we need a better strategy than made-up tales. Good intelligence, better vigilance, sophisticated technology and building alliances will do better to battle terrorism than bacon. 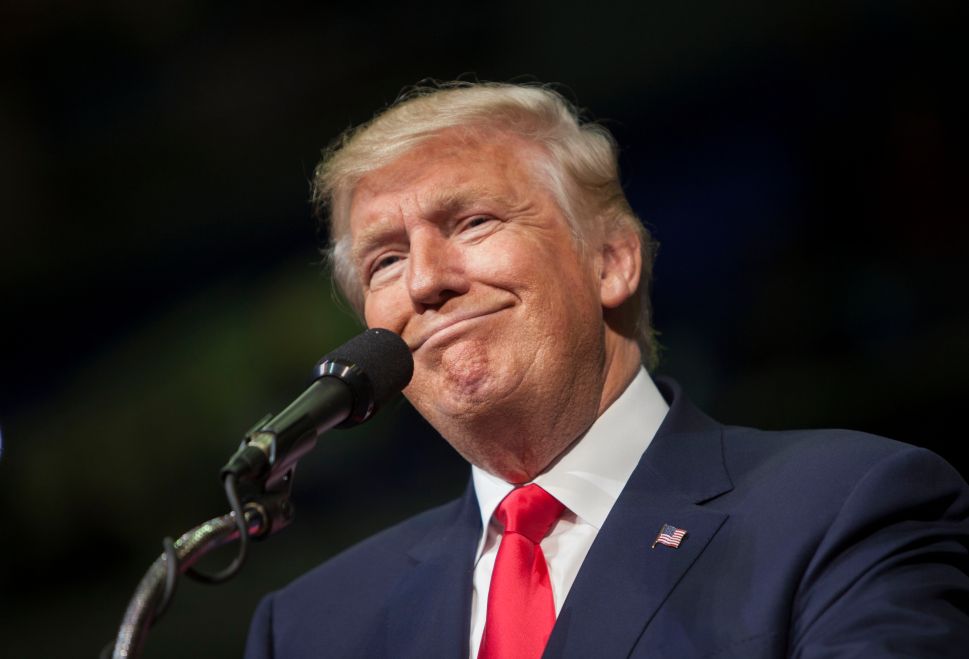